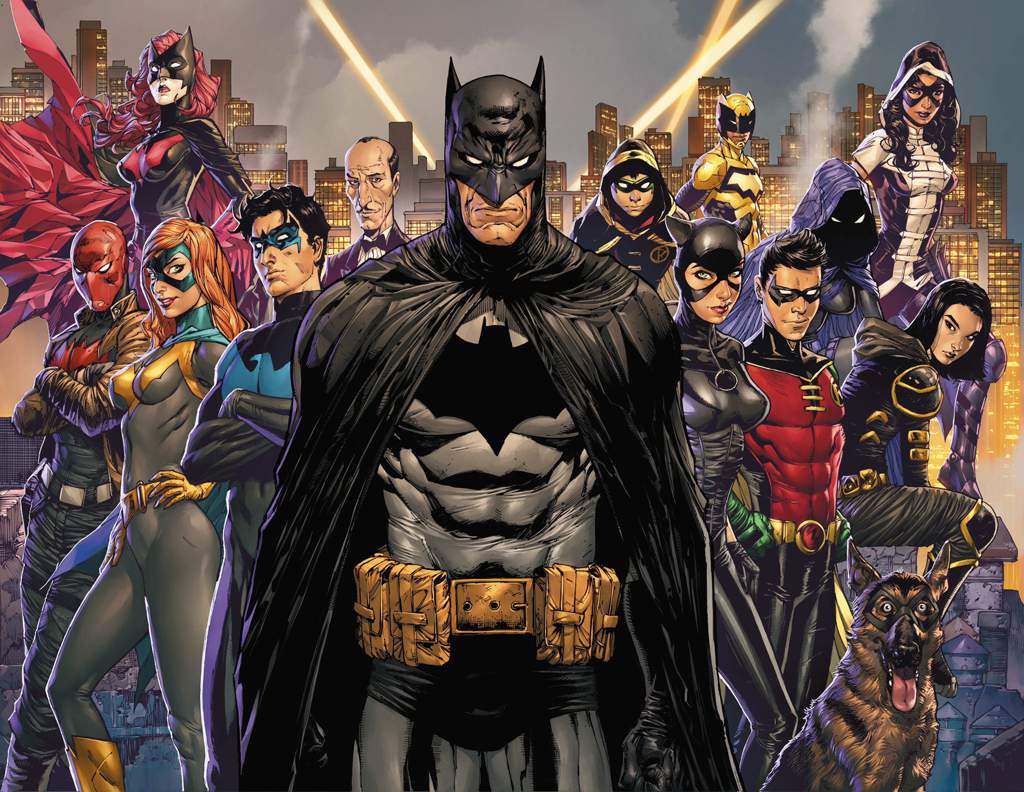 Welcome to the “World of Bats,” the Batman Book Club! Every week, we take on a comic (or movies or television) available on the DCU subscription service related to Batman or the greater Bat-Family, and discuss, dissect, and just plain have fun with them.

Anyone willing to join me in this war on – I mean, anyone who wants to! If you are interested in digging deep into the greater world of Batman comics from the past 80 years, and talk to fellow, like-minded folks about them, this is the place for you!

We have been posting a new book to read every Saturday, and you can join us by going onto the Community Events tab.

If you have questions, concerns, or good pie recipes, you can contact me, @Jay_Kay, @AquamonC137 or @BatJamags.

So, here’s the link, and I hope to see you guys there!

Tip toes in…Like what I see.

Hey, glad to see you’re back! Thanks for the kind words, just glad to keep going what you started.

Oh no, thank you & @BatJamags seriously. Slackest member over here

hope to be more involved. Last month has just been crazy with exams/papers/lab work. Need to go back and check out some of those Joker comics. The movie was remarkable!
Love that this Book club is a shared thing and that everyone gets to host their own event.

You were the one who started it, so you can’t say that! Plus, tough as it is to admit, real world obligations and responsibilities like schoolwork is way more important than comics.

And like I said on the new thread for this week, any of these threads can be accessed and opened up. Come back when you’ve gotten the chance to read them.

I’m glad about the shared nature of it as well – really broadens up the range of books and makes things more interesting. I’m not sure how this will be done with the new community guidelines (can non-club leaders post threads here?), but we’ll figure it out.

First off, welcome, @J.Millan! Glad to have you on board.

Second, do not worry too much about not having read a lot – we all start out as noobs.

To join the conversation, just keep an eye out for the weekly discussion threads. Right now we’re doing an arc from Batman Confidential “Do You Understand These Rights,” and I’m probably going to post the one from last week that I tried to do on Discord, “Going Sane.”

When I get off work tonight, I think I’ll do an archive post on here of all the previous weeks. Like I’ve said before, I personally don’t mind if new people bump up the thread with their thoughts.

As for where to start – for this club we’ve been kind of delving more into the lesser-known books, and while there’s definitely some great stuff there (especially in the first month detailing the first arcs of the Legends of the Dark Knight series), if you want to delve into the absolute Batman classics, I’d recommend checking out the Storylines segment of the Comic Book section. There, they’ve posted some of the best DC storylines ever into one convienent page where you can read through them. What’s even cooler is that if they’ve been adapted into other media that’s on the site, they list them as well. I’ll post on here some of the better Batman ones:

Batman: Dark Victory (The sequel to The Long Halloween)

Batman: The Court of Owls

A Death In the Family

Hey there @Jay_Kay so this is my first book club (be gentle). Is “do you understand these rights” the next upcoming arc we are reading? Or is it currently being read/discussed?

It’ll run all the way until Saturday, where I’ll post the last installment of the Joker themed month, but you can still post whenever you’re finished and want to discuss it.

Hello! I’m sneaking in…not exactly sure how this works yet, but I’m here to give it a try. I’ve always loved reading/watching anything Batman related and seeing all of the Bat Fam relationships grow and shift. I may not be able to keep up right now but I’ll try! (HS English teacher with end of quarter grades due next week. Woo!) Guess I need to catch up on this month’s reading a bit first.

Hey I’ve been on the app for a while but not involved a lot. Looking to get more into it. Most everything I know is from the screen and not pages. I’ve read a few key comics (Flashpoint, Killing Joke, etc) but other than that mainly tv and movies. Thanks for having me in the club and o look forward to learning more about the bat family with you guys

Awesome! Glad to have you on board.

Hello, will you be using the hash tags to alert members to the first post for the new book to read?

That…is a good idea! I’ll definitely do that.

Bumping the thread to let you guys know that for anyone who has had problems finding previous threads of the book club, so I’ve just added a MASTER LIST on the first post! From here on, all threads for the club will be listed there.

So if you want to go back and read the books we’ve previously gone through, now’s your chance!

Thanks, you’re the best