Can I join that club? Pweeez?

LOL! Oh I guess you could.

One day, I won’t just be a member of that club, I’ll be calling the shots and running the joint too.

I think you could make an argument that Superman’s Pal, Jimmy Olsen was inspired by the Adventures of Superman TV show, but this is definitely the first direct tie-in.

39 more days til DC Universe Infinite launches, This week we say farewell to TV series on DC Universe, but thankfully their comic series is still going to be here when DCUI launches. Today we’ll be looking at not 1 but two different comics that are based on a same series, Batman The Animated Series. It would later also be called The New Adventures Of Batman & Robin, that’s where the second comic series come in.
Besides that, the character of the day is…The Penguin! 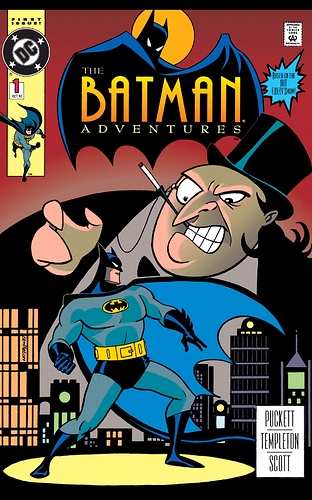 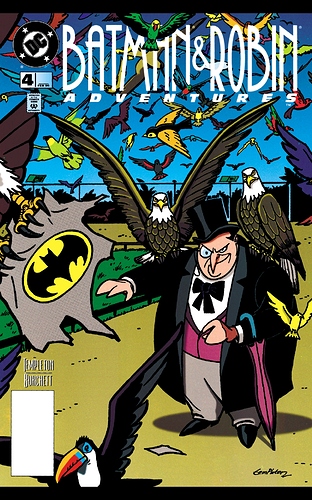 In the meantime please be sure to checkout these two great book club, one is about Batman and one about Robin!

Hey I’ve been on the app for a while but not involved a lot. Looking to get more into it. Most everything I know is from the screen and not pages. I’ve read a few key comics (Flashpoint, Killing Joke, etc) but other than that mainly tv and movies. Thanks for having me in the club and o look forward to learning more about the bat family with you guys

38 more days til DC Universe Infinite launches, this week we sadly say goodbye to tv series that’s leaving DC Universe, today we’ll be looking at a comic that’s based on Superman The Animated Series. Also today character of the day is Brainiac! 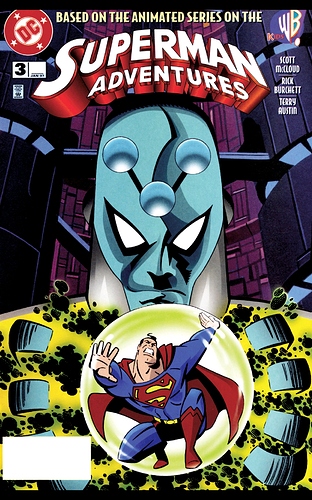 Also if you would like to know or read more about Superman, please be sure to checkout Superman fanclub, here’s a link…

Welcome to the Superman Fan Club! [King Superman] Once a month the Superman-related reading from the DC Universe Digital Comics Library is posted. Also, the first and third (usually]] Wednesdays of every month we host the Superman Listen Along. We also have a virtual Clubhouse (a group message) where we discuss “live” any Superman news or other discussions! And we have a top-secret Discord site that you’ll find out about once you join! Click here to enlist!!! Superman fan club - DC Comm…

It’s been great having you in the club. 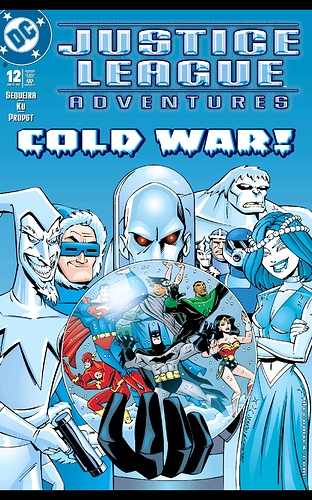 Also please be sure to check out one of my favorite club, The DC TV & Movie Club.

[image] DC TV and Movie Club This club is a group where we will discuss and debate DC movies and television, both animated and live action. The point of it is so people passionate about anything from Arrowverse to DC universe Originals to Adam West Batman have a forum to watch, discuss, and have fun together. Anyone who likes discussion, analyzing characters and plot, and of course watching TV and Movies should join this club. How many DC TV and movies you have watched doesn’t matter. Anyone…

Also please be sure to check out one of my favorite club, The DC TV & Movie Club.

Thank you. And we are definitely not going anywhere even if video goes off.

36 more days til DC Universe Infinite launches, this week we’re saying goodbye to some of the videos that are leaving and one of them is The Green Lantern The Animated Series. A series that ended far too soon.
Today character that represent the show is Kilowog! 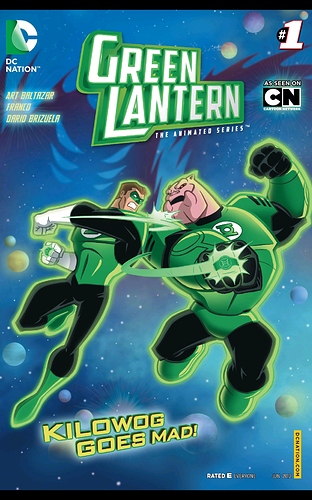 If you would like to know more about Kilowog, Hal Jordan or any of the Green Lanterns, please be sure to checkout the Lantern Corps club!

[image] Whatever oath you use, wherever you fall on the the emotional spectrum, you are welcome in The Lantern Corps. Whether you can name all the emotional entities or have no idea what a power ring is, join us as we adventure through the various lantern corps. Introduce yourself below: Which color of the spectrum would you put yourself in? Do you have a favorite character from any of the lantern corps? What’s your favorite instance of lantern-related movie/comic/game/tv show? Anything e…

35 more days til DC Universe Infinite launches, As we continue to say goodbye to video content on DC Universe, today we’ll be looking at Batman Beyond with Terry McGinnis as a today character. 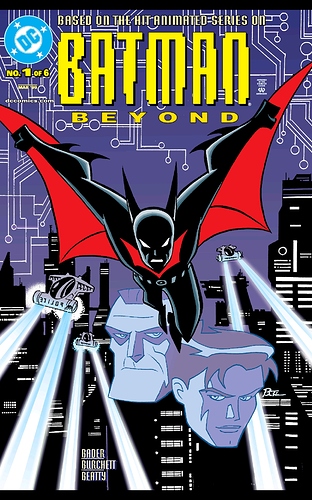 When Terry goes to school, 1 class he really lack on is history lesson, maybe he should check out this great club that talks about DC History, this was one of the first club I ever join!

[image] The DC History Club welcomes you aboard! The DC History Club (DC HC) is dedicated to taking a deep dive into the more than 75 years of creators, characters, events, and themes that make up the deep, rich history of DC Comics to discovery the story beyond the stories; how the outside world impacted DC and how DC changed our broader culture. Whether it’s the inspiration for a writer, the lasting impact of a character, or how DC treated the important issues of the day, the DC HC is the p…

34 more days til DC Universe Infinite launches, While this series is now gone, at least their comic is here to stay as we’ve said goodbye to some of the shows that have now left and gone.
The Legion Of Superheroes is our next characters of the day. 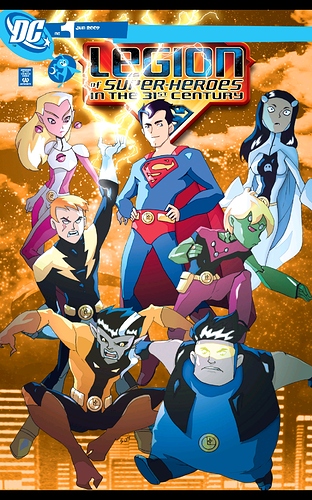 If you’re a fan or wanted to know more about The Legion of Superheroes, please be sure to check out the Legion Club.

Welcome to the Legion Fan Club, founded April 2019! [Legion%20Flair] If you are someone who has been inspired by the 60 years of comic book stories of the Legion of Super-Heroes or their appearances on TV or animated series, then this is the club for you! Click here to enlist!!!: Legion fan club - DC Community (and get a shiny Legion Ring Flair!) The Universal Legion Club hashtag for all things Legion Club: #legion-fan-club Once a month on a Wednesday we post the Legion of Super-Heroes…

I’m going to miss doing the watch alongs of their cartoon series.

It was fun seeing the legion appear in fatal Five versus Justice league earlier this week during @ReepDaggle 's awesome watch along!!!

33 more days to go til DC Universe Infinite launches, Today we are celebrating the new club on DC Universe, To help with the celebration, today characters is a team of heroes, The Birds Of Prey!

Here’s a comic of how the team got started… 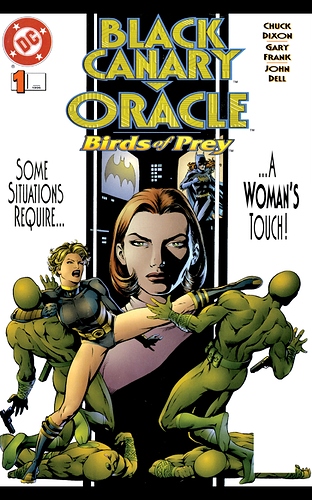 Calling all hackers, super spies and vigilantes (crossbow-wielding or otherwise). Do you have both stealth and style? Are you tenacious and punctual? Do you consider toppling crime syndicates just an average Tuesday? Good! You’re in the right place! [image] We’re always looking for new teammates. If you’re interested in joining, click this link right

HERE to move on to Phase 2 of initiation. All club events will be posted below, or you can click this: #birds-of-prey-clu… 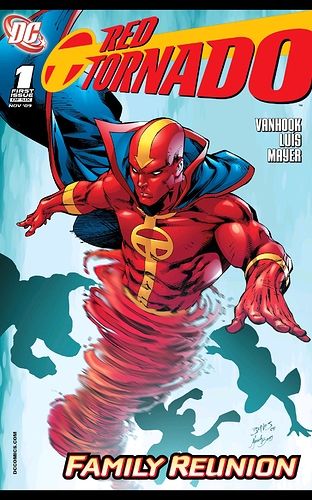 Anyway our today character is Tim Drake the 3rd Robin! 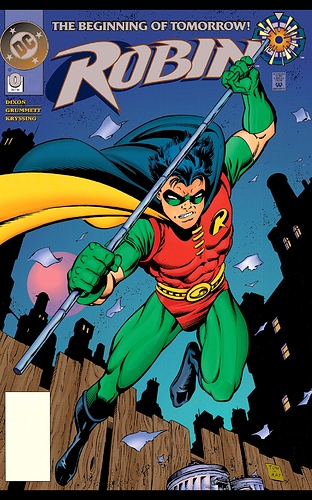 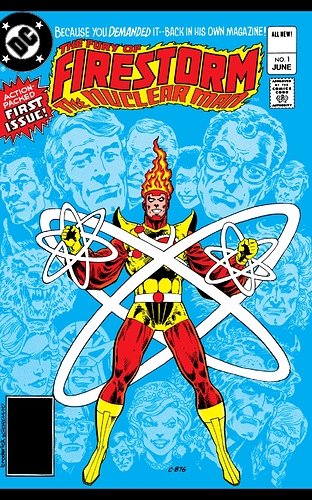 29 more days til DC Universe Infinite launches, today we’re going to be looking at another man of steel, John Henry Iron A.K.A Steel as today character of the day! 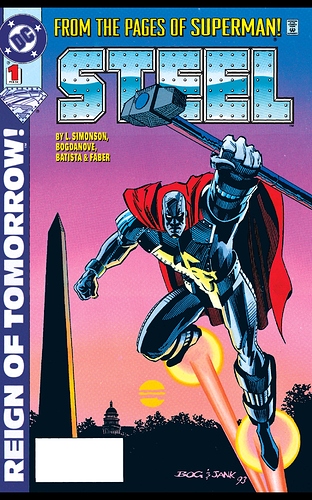