This week we’re continuing our exploration of LGBT+ representation in Gotham City and heading back to the story of Kate Kane and going into the story in her first ongoing series “World’s Finest,” co-written by J.H. Williams III and W. Haden Blackman, and drawn by Williams, with a guest spot by Trevor McCarthy. 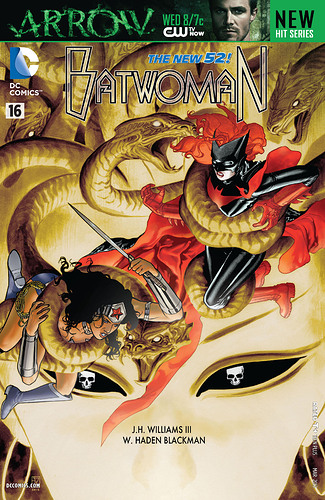 Batwoman’s search for Medusa brings her together with the Amazing Amazon, Wonder Woman, but even the teaming of the World’s Finest might not be enough to bring down the mythological monster–leading Bones, the DEO, Abbot and the Religion of Crime all descend on Gotham City to take part in the fight.

Issue 15–the one that focuses on Maggie–is quite good. The rest…meh.

There are aspects to this arc that I like, but I kind of have to co-sign with @AlexanderKnox’s “meh.”

First off I’ll talk about the positives, key being the art. While I don’t think JH Williams III is a really great writer, he constantly delivers in terms of art. The way he blends different styles of art within the same page, the same panel, and the was he can create these intricate and elaborate panels without sacrificing storytelling is simply magical.

The twist we get that the Medusa organization that Kate has been tracking since the start of this series isn’t really an organization but the actual Medusa from the myth was a neat twist, especially when at the time the DCU was already glutted with secret societies and spy organizations.

I think the smaller stories within the arc were fairly well done. I agree the Maggie story was good – it does a decent job highlighting the chaos that these superhero confrontations can be like from the ground floor, from the perspective of the civilians and police who have to deal with the fallout. I also found myself rooting for Bette and her new look/persona in Hawkfire and her fight with Cutter was pretty cathartic.

Finally, the very idea of Batwoman teaming up with Wonder Woman is very cool. For a while Kate had been sort of tucked away in her own corner of the DCU and it was cool to really see her play with the big dogs.

Now…onto the bad. And speaking of her, I’ll start with Wonder Woman. I really don’t care for Williams and Blackman’s take on her. She’s overtly formal, cold and kind of bland. It seems like they’re trying to copy what they think Azzarello was doing within the Wonder Woman book at the time, but the Diana in that book was far more charming and investing there. It’s also kind of ironic to talk about this book and this take on Diana during Pride Month when they seem to almost take an entire page of her monologuing that despite what everyone, fans and creators alike think, Wonder Woman is not a “sister of Sappho.” 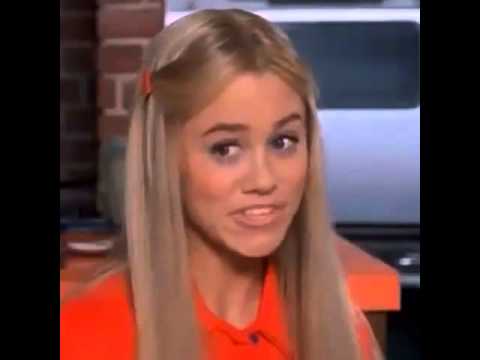 But the biggest thing that I might get heat for is the actual marriage proposal between Kate and Maggie is probably one of the worst parts of this story.

Before y’all break out the torches and pitchforks, hear me out: I certainly don’t agree with Didio’s reported reasoning for calling it off that superheroes shouldn’t get married, but I think it was rushed and poorly implemented.

I read the entire series all the way up to this arc to properly see how this relationship goes and…Kate and Maggie really haven’t had much of any real, genuine, romantic interaction outside of one tasteful sex scene that proves that Batwoman is no hero. Outside of that, we mostly get Maggie dealing with the issues that come from the case of the missing kids from the Weeping Woman, and dealing with the fact that her girlfriend just isn’t around and is completely emotionally unavailable. Not to mention in the arc previous to this, Maggie watched Kate interact with one of the main people of the “Medusa” organization with the woman being very flirty.

So Kate is hiding things from her, being emotionally unavailable when Maggie needs her, then Maggie finds out that not only is Kate a superhero, but one who has been interfering with her own investigations…why the HELL would anyone say “yes” to this? I just don’t buy them as a couple at all.

“Okay,” I think to myself, “maybe they can convince me that there’s something good here later on.” Then we get to the last revelation that Director Bones, the character with history as a villain turned semi-hero…is actually Kate Kane’s brother. 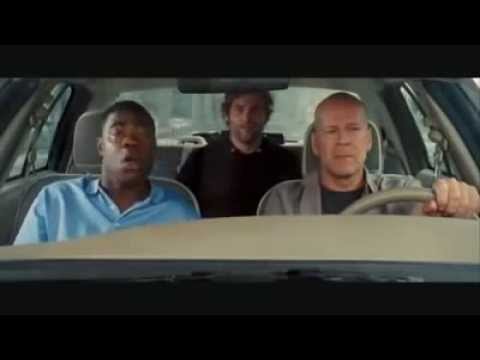 I don’t have much to add, as I agree with what’s been said up to this point. I enjoyed reading it, but I think it was mostly the artwork and the panel layouts.

This take on Wonder Woman also didn’t feel quite right. I haven’t read much Wonder Woman, mostly the first 50 or so issues of the Rebirth run (I think Rucka wrote a large chunk of it) and this take seemed to be lacking the compassion I’ve come to associate with the character.

Yeah, really not a fan of this take on Diana. It felt like the story was trying to capture that Superman/Batman narration style, but it felt even more contrived than when Loeb did it. (Ha! I bet you thought I was about to say something nice about Loeb, didn’t you?

(Ha! I bet you thought I was about to say something nice about Loeb, didn’t you?

If you did I would have just assumed you were replaced with a Pod Person.

One of these days, I know you’ll put up a World of Bats session with the title, “Scott Snyder & Jeph Loeb: World’s Finest Batman Writers.” Just to spite me, of course.