Hell(o) (t)here and welcome to the World of Bats, the Batman Book Club!

This week we’re continuing our look at the first wave of the Batman New 52 titles for its ten year anniversary, and we’re going to look at the first issues of Catwoman, written by Judd Winnick and drawn by Guillem March. 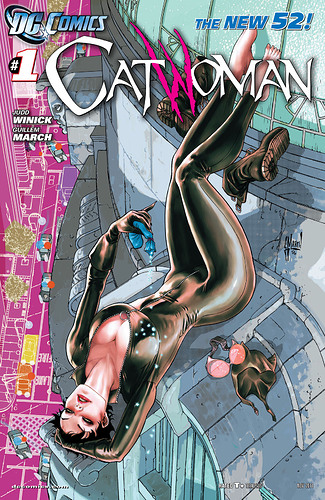 Meet Catwoman. She’s addicted to the night. Addicted to shiny objects. And addicted to Batman. But most of all, Catwoman is addicted to danger. She can’t help herself, and the truth is—she doesn’t want to. She’s good at being bad and very bad at being good. Find out more about what makes Catwoman tick in this new series from writer Judd Winick (BATMAN: UNDER THE HOOD) and artist Guillem March (GOTHAM CITY SIRENS)!

You can find links to these issues down below:

Looking forward to discussing these issues with you guys!

I’d criticize this series for being little more than an excuse for seeing Catwoman in various states of undress, but couldn’t I say the same thing about her 90s series?

Also, there is something very icky about Selina forcing herself on Batman. I mean, I know that we’re supposed to assume that Batman is resisting simply because he feels guilty about his passionate desire to hook up with a criminal, but the fact remains that she doesn’t respect his right to withhold consent, which means that it’s still assault.

Yeah, that’s…definitely problematic, to put it lightly. I mean, they’re trying to play the whole “it’s forbidden, it’s not smart, but they NEED this” kind of thing, but it could have been done better. Like maybe if she kissed him, he pushes her away, she relents for a moment, then he embraces her? That might have made that dynamic work better? Consent IS sexy, after all.

I haven’t read these issues since they came out, so I’m excited for this re-read.

Also: Batman didn’t have a problem with doing…you know…that with Catwoman in #1.

Evidently, heroes do do that.

Reading Catwoman from New 52 was perfect timing for me. I am also reading the 90s Catwoman and was able to compare and contrast a little more clearly than normal.

First thing I noticed was that no landlord should ever allow Selina Kyle to rent an apartment, condo, house, or any other housing. It will always be blown up.

I can talk about the awkward scenes but others already have. Overall, I just looked at as something that happened and moved on with the story. I remember reading this when it came out and felt the same way then.

The overall story here was pretty entertaining. I like having a character that is a thief in the DC universe. It is nice to see the other side of things in a world dominated by heroes.

I didn’t really care for this one. It didn’t feel right to me that this Catwoman wasn’t good at being a thief; she got caught several times and had to rely on a cop she didn’t know releasing her. The fact that Batman had all her files deleted also feels weird to me. Most of her plans also seemed to have a “I’m sexy and I know it” element to them. Which, while an effective strategy(?), made her little more than eye candy much of the time.

One thing I did like was Bruce Wayne at the party. The artist did a really good job showing his transition to Batman without him putting on the cowl. 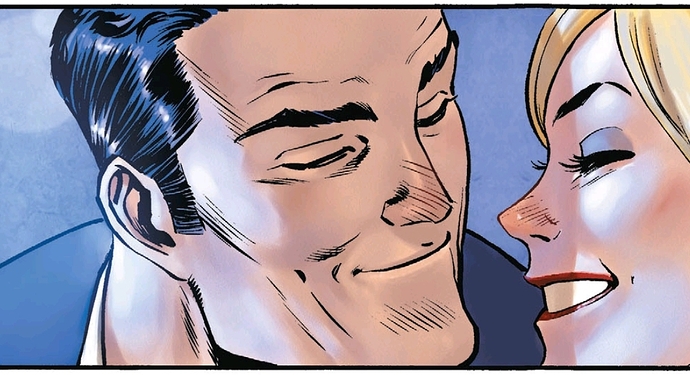 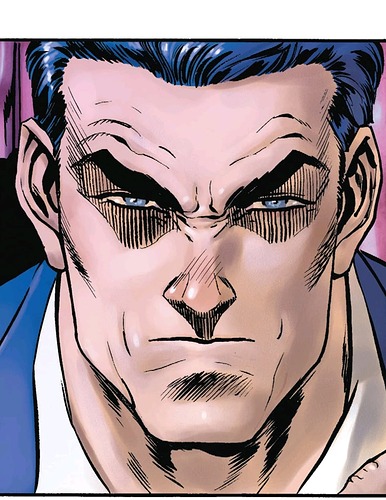 It didn’t feel right to me that this Catwoman wasn’t good at being a thief; she got caught several times and had to rely on a cop she didn’t know releasing her. The fact that Batman had all her files deleted also feels weird to me. Most of her plans also seemed to have a “I’m sexy and I know it” element to them. Which, while an effective strategy(?), made her little more than eye candy much of the time.

Yeah, that’s definitely an issue I had – an interesting thing I found out a few months back when Gail Simone was doing an AMA on Facebook about her time during the New 52, she mentioned that initially each book was going to be written as a Year One style of book. I can’t help but wonder if Winnick initially wrote this with an early days Catwoman in mind, and I think a story/character like Selina here who is incredibly impetuous and using her looks as much as her skills fits a Catwoman who’s just starting out more than a Selina with about five-ish years of experience.

Speaking of eye candy – I forgot to post about this when this was the current book club read, but someone might stumble on this and find it interesting. Back in 2014, artist Guillem March showed on his blog how Catwoman #3 and 4 were originally going to end and begin VERY differently. In it, Selina was going to figure out that Bruce Wayne is Batman, and she would show off her newfound knowledge by…breaking into the grounds of Wayne Manor and stripping out of her catsuit on the lawn.

Editorial scrapped the pages because they didn’t want Selina to find out so early in this new universe, so new scripts were written and pages were drawn. I think it’s kind of a shame, honestly. While I think the way she shows off is…odd – I think her sneaking into the Batcave while still dropping trou would have been more effective and shown off her skills in the process – I think I just like the idea of her knowing and how that complicates their relationship.

I’ll post the less scandalous pages – most of the stuff he’s shown is probably fine on here, but just to be on the safe side. Anyone wanting to see the rest can find it easily enough via the power of Google. 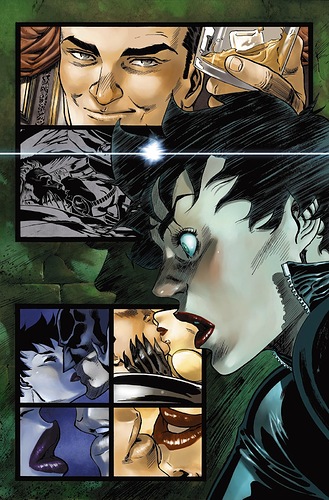 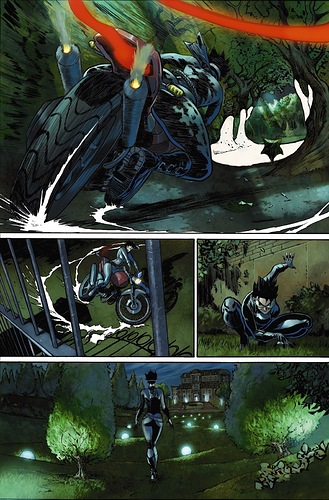 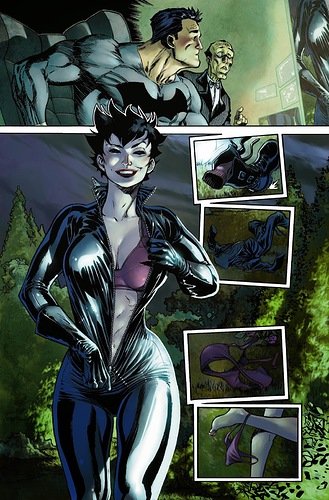 Yeah, getting buck naked as a way of saying “I know who you are now!” is a bit odd.

Can’t complain about the art, though.

What? The New 52 editors made a decision with which I disagree? Who woulda thought?

What? The New 52 editors made a decision with which I disagree? Who woulda thought?

As Perry said in BvS, “In other news: Water. Wet.”