So this is a discussion thread to share our thoughts on the book as it comes out. Let us know what you think as you read this series! Looking forward to talking about it with you all. 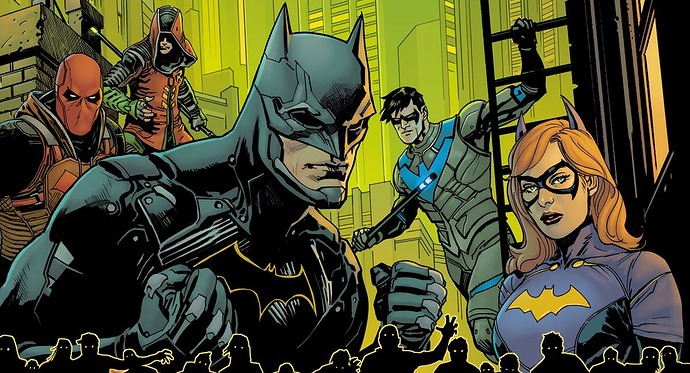 A mysterious virus has infected Gotham City–turning its victims into rabid, yellow-irised maniacs driven to looting, theft, and bursts of anger. Batman and his Gotham Knights struggle to keep this strange virus contained while investigating its origins. But this is not the first time this unusual illness has overtaken the city. Take a trip to Gotham in the mid-1800s and meet the city’s first masked vigilante–the mysterious hero known only as the Runaway–as they, too, find themselves mired in the mystery of this infection! This thrilling and horrific tale, split between modern-day Gotham and the Gotham of 1847, leads directly into the upcoming video game Gotham Knights!

And if you want to talk more about Batman books, check out the book club that I run, the World of Bats, which you find out more about here and join here!

And…a certain highly-anticipated movie that’s been in-development for well over a decade and change as well.

I’m not planning on playing the Gotham Knights game, but I’ll check out the comic.

I never played DC Universe Online or Injustice, but their tie-in comics were a lot of fun, and I’m expecting GK’s tie-in to fit that mold as well.

That too! I probably won’t be able to do either of those on that day, because of work/family obligations, but I’m definitely going to be on both the next day.

Looking forward to hearing what you think of this series.

The first issue is out! Looking forward to what you guys think. 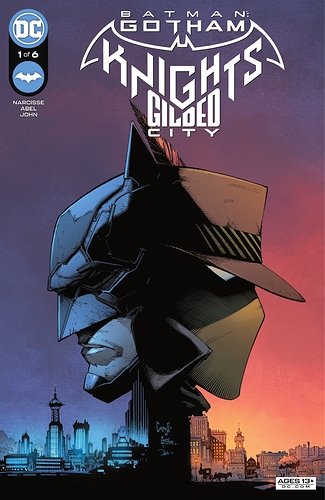 A mysterious virus has infected Gotham City-turning its victims into rabid, yellow-irised maniacs driven to looting, theft, and bursts of anger. Batman and...

And a cool thing is that reading the book will get you a code for the game like they did with the Batman/Fortnite comics.

So I got the inbox message about a code, but no code was actually provided in the message. Did anyone else have this problem? I’m not sure how this worked last time (didn’t read the fortnite stuff).

You have to use the code on WB Games’ website and it’ll give you a different code to use for the game directly. Probably more complicated than it needs to be but that should still work

I did too, just contacted WB Games about it, hopefully they can help.

I’m not too worried about spoilers because I don’t see myself reading this anytime soon, but still gonna check it out at some point. I just know that after seeing the Court of Owls in the game, I want to see the Court in a live-action film

Edit: I had to remove a gif of Talon, because I was starting to get sensitive in the eyes and thought “I shouldn’t do that, might give someone a seizure” lol

Yup, likewise. Got the inbox message immediately, which is nice…but no code was provided in it

The problem is some of us didnt get any code in the first place. The message is there on inbox, but the space where the code should be is empty.

Oh I wasn’t aware that was the case for some people. You should definitely reach out to the Help Center if that’s happening

For those affected, please reach out to our support team here if you’re experiencing issues obtaining those codes.

I also didn’t initially get a code, but I went through the support line and they e-mailed one to me after showing proof of having read it (the inbox message) and that I was subscribed.

How long did it take for the code to show up in the inbox on DCUI?