This week, with it being Thanksgiving week, a time when families get together, what better way to celebrate than with some goofy bronze age fun in Batman Family? So that’s what we’re reading this week, the first three issues, with writers and artists including Gardner Fox, Elliot S Maggin, Mike Grell, Neil Adams and more! 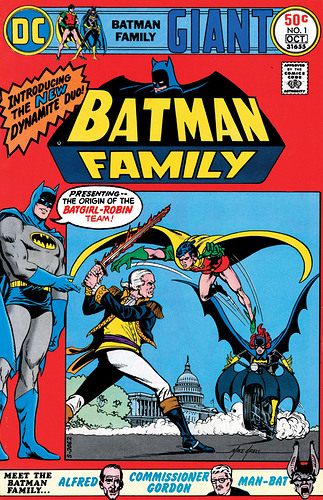 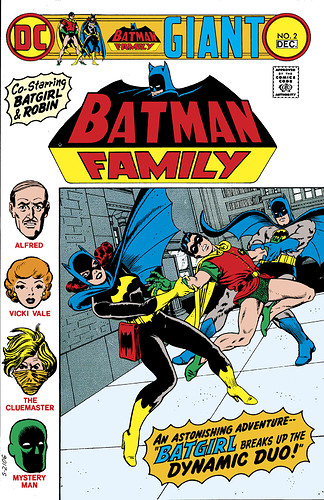 While aiding Batgirl on a chase, Batman falls into a swamp after rounding up the robbers. Batgirl starts to notice something is off with Batman in “Batgirl Breaks Up the Dynamic Duo!” 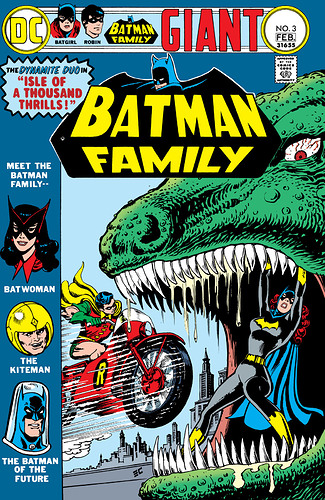 “ISLE OF A THOUSAND THRILLS!” In this tale, Batgirl and Robin learn each other’s secret identities.

Looking forward to talking about these issues with you guys!

It’ll be my first ever Bronze Age comic!!! I’d love to join!

EDIT: It’s actually my second! I forgot about World of Krypton.

I adore Batman Family. I can’t wait to check these books out again.

It’ll be my first ever Bronze Age comic!

Just a heads-up: only two of the stories in these three issues were brand-new at the time. Most of them are reprints of Golden Age and Silver Age stories. There’s one additional Bronze Age story in here (the origin of Man-Bat), but it’s also a reprint.

These were fun to read. Nice to see the Dynamite Duo in action. And we got to see Kiteman! Hell yeah!

I enjoyed Alfred’s adventures too.

Apologies for the late post, a combination of being busy and not feeling 100%.

You just know it’s going to be a little silly when the cowl has eyebrows. This was a fun read. I think the best story was the one where Robin and Batgirl team up to stop all the crime before Batman can get to it. Alfred’s solo adventures are usually a hoot, too.

I can’t believe I forgot that Barbara Gordon was a member of congress, I wonder if that will be a plot line in her upcoming movie

Apologies for the late post, a combination of being busy and not feeling 100%.

No need to apologize – I am literally the last person to say crap about late posting.

I can’t believe I forgot that Barbara Gordon was a member of congress, I wonder if that will be a plot line in her upcoming movie

Probably not – I get the feeling that with Leslie’s casting they’re probably going for a younger Barbara who wouldn’t have gotten into politics yet. Plus there’s a set photo from the start of production that had a desk with an “Officer Barbara Gordon” nameplate on top. This tells me that either Barbara will be a police officer in the movie, or (and I think this is more likely) she just hangs out at the police station all the time and someone made that for an empty desk as a lark. 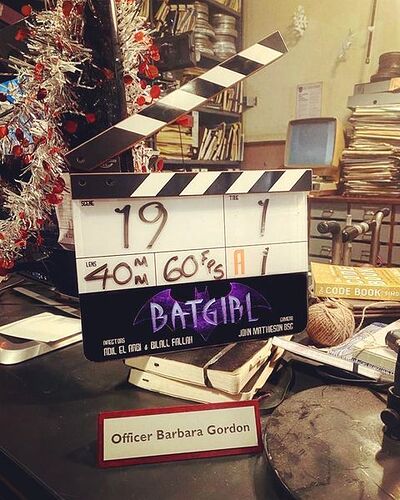 If the later issues could have come closer to matching the quality of issue #1, this title would still be running today. You had Mike Grell art, a good attempt at making the original, short-pants Robin look cool (pre-dating Marshall Rogers memorable effort several years later), actual hints of a budding romance between two heroes, and you had two reprints from the period after the 60’s New Look.

Things are still pretty good when we get the next new story, in issue 3, but things are already starting to lose steam, both in story and art. And we get older reprints. Admittedly, we currently finds ourselves at a point in history where Kite Man’s debut is actually of interest

If the later issues could have come closer to matching the quality of issue #1, this title would still be running today.

Actually, the reason that this comic went off the market is pretty amusing. Sales of Detective Comics were rather low at the time, and DC couldn’t bring itself to get rid of the title that inspired the company’s name, so they came up with a compromise: 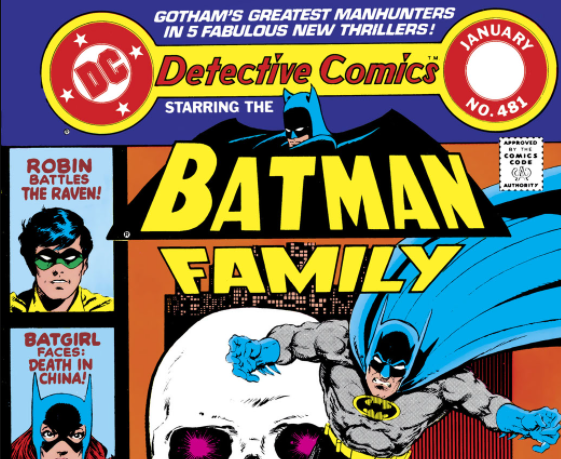 They merged the two books and made the more popular comic’s title more prominent on the cover. The Batman Family logo appeared on three consecutive issues, and then it was replaced with a text box that read, “Featuring the entire Batman Family!” until issue #491.