This is the start of another Casefile, where we set a whole month to talk about a longer form of a Batman story. This month, we’ll be celebrating the legacy of artist Tim Sale, who recently passed away, by looking at some of his last work on Batman, the maxi-series and sequel to The Long Halloween, Dark Victory. We’ll also be looking at Sale’s last published Batman work, “The Long Halloween Special,” which was released last October. 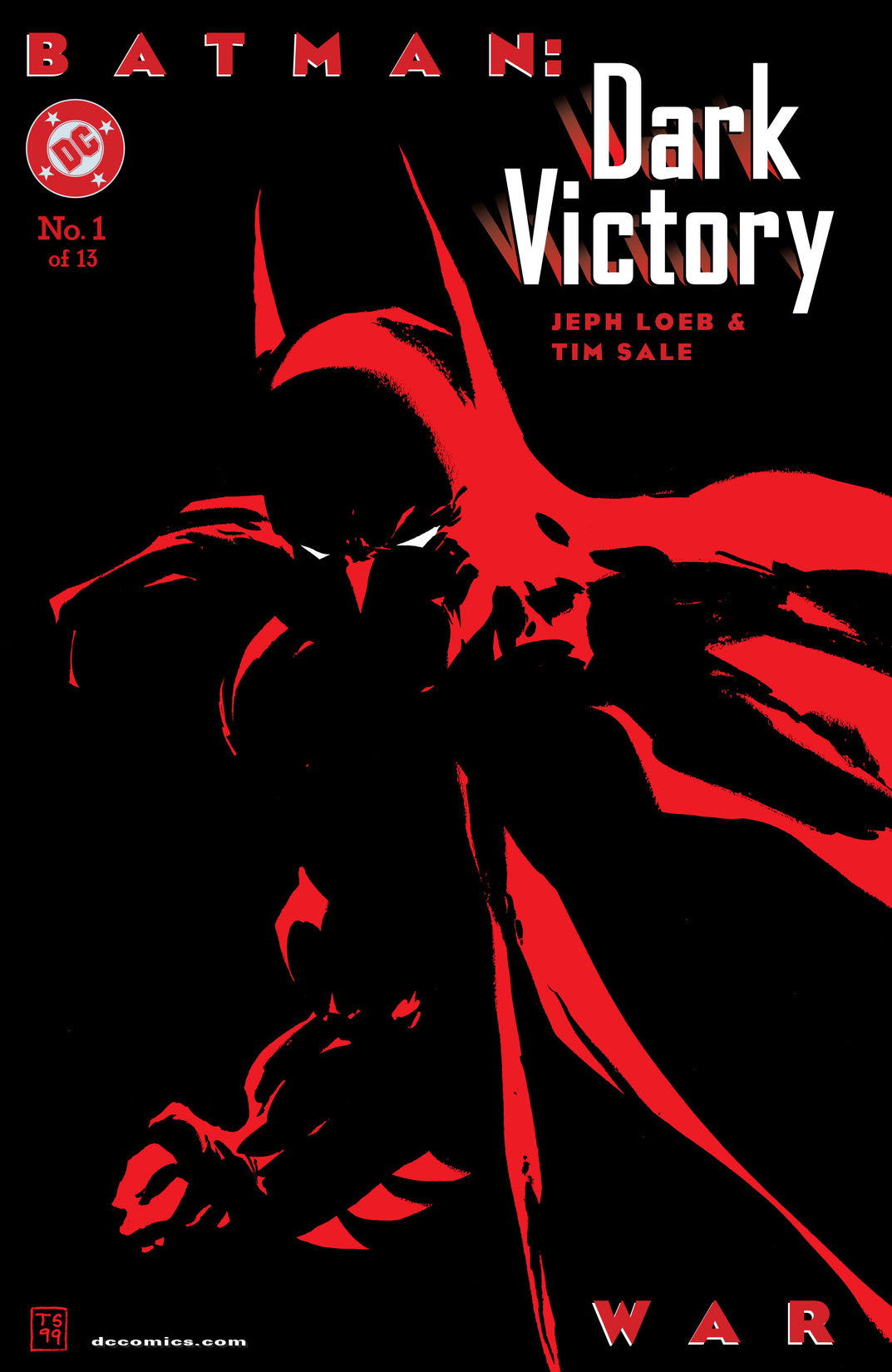 Once a place controlled by organized crime, Gotham City suddenly finds itself being run by lawless freaks, such as Poison Ivy, Mr. Freeze, and the Joker. It is still early in Batman’s crimefighting career, but the Dark Knight is on the verge of completing his transformation into the city’s greatest defender. However, nothing he has experienced thus far—not even a new sidekick named Robin—will prepare him for the Hangman.

With the murders reminiscent of the Holiday killing spree just a year ago, Batman will have to call on every one of his detective’s instincts to solve a mystery that goes even deeper—and more dangerous—than any he’s faced before.

Link to the storyline can be found here: 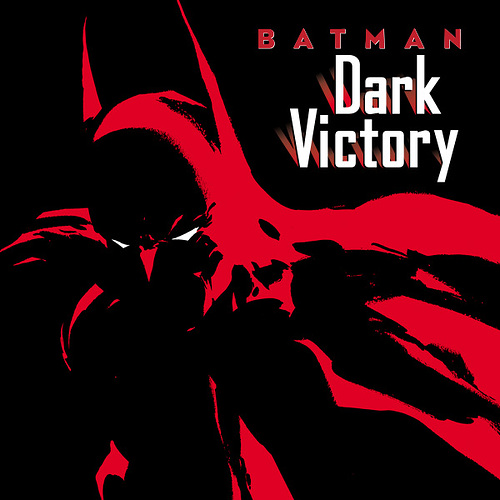 A killer called the Hang Man stalks Gotham’s underworld and Batman takes on a partner in this sequel to 'The Long Halloween.' 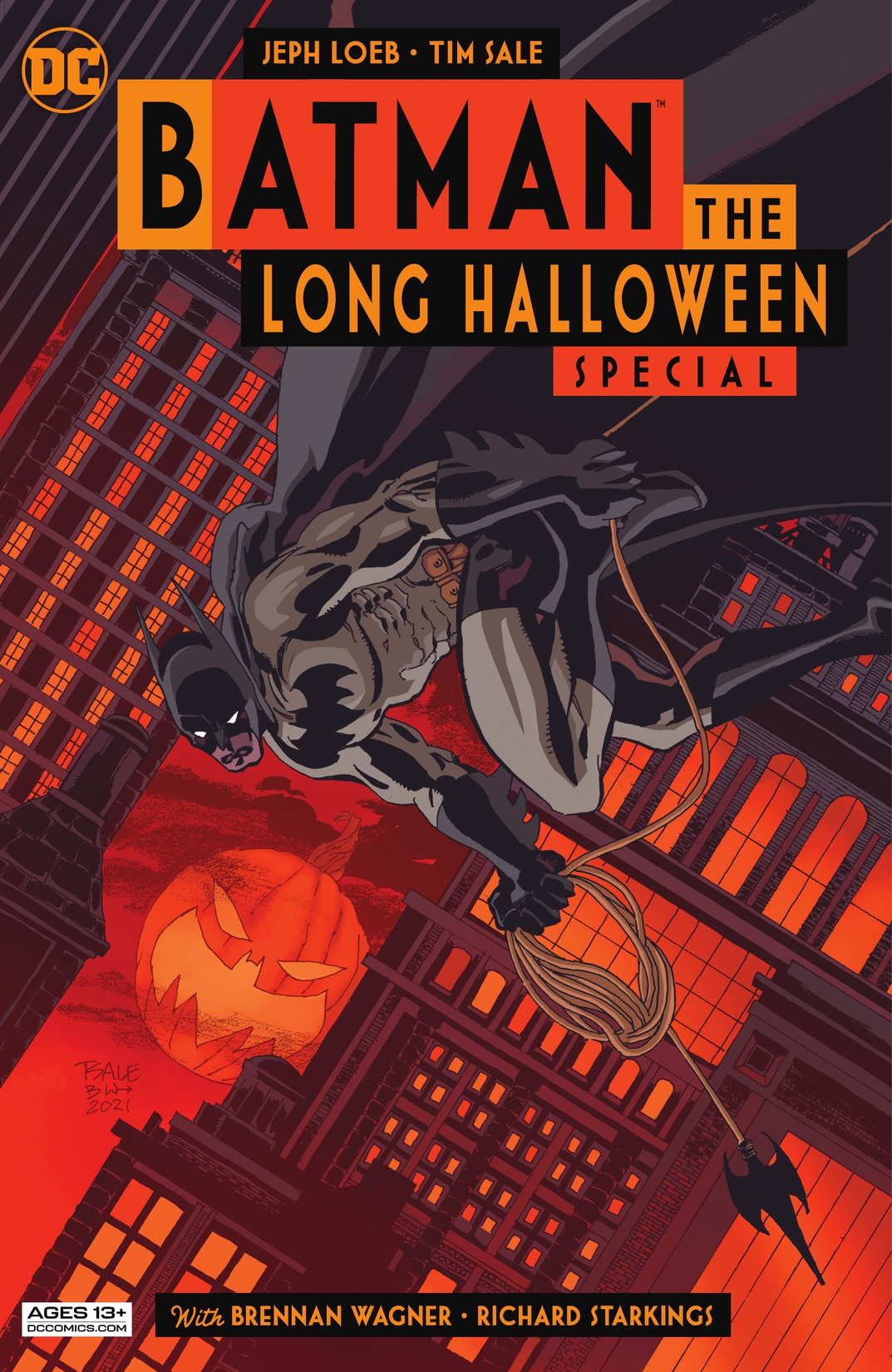 Twenty-five years ago, you thought you knew the whole story of Batman: The Long Halloween. Now, legendary creators Jeph Loeb and Tim Sale return to Gotham City to reveal that no secret remains buried forever! Join us for the return of the Batman Halloween specials and a mystery that could destroy Batman, Commissioner Gordon, Two-Face, and…well, that would be telling, wouldn’t it?

Looking forward to discussing this with you all!

If you want more of our coverage of the Loeb/Sale Batman stories, you can check these links out:

[image] Hello once again, and welcome to the World of Bats: the Batman Book Club! And Happy Halloween! Wait, what? Thirty days away, you say? Nuts to that, this year, we’re going to have a Halloween that lasts all month long! An…extended Halloween! …Which is my silly way of saying that in this thread we’ll be covering the iconic 13 part Batman storyline, The Long Halloween! This is a Casefile, a longer-form entry for the World of Bats, so we’ll be covering this story throughout the month of…

[World of Bats] Catwoman: Year Two and When in Rome! Fan Club Discussions

Welcome everyone to another edition of the World of Bats, the Batman Book Club! And this week is the end of the deep-dive focus on Catwoman, in celebration of her 80th Anniversary. These past few weeks of stories have had some pretty big, dark, bleak moments for Selina, much more than I previously anticipated, honestly. So, to make up for it, this week we’re going to have a double dosage of some lighter, more fun fare! [wob catwoman week 4] First off, we have “Catwoman: Year Two,” #38-40 of t…

Welcome Ghouls and Goblins to another edition of the World of Bats, the Batman Book Club! This week, close to Halloween, we’ll be covering some Batman stories set in Halloween, key the three Batman: Legends of the Dark Knight Halloween Specials, come to be known in trade collections as “Batman: Haunted Knight,” written by Jeph Loeb and drawn by Tim Sale. [image] One Halloween during Batman’s early years, the Scarecrow is on the prowl in Gotham City, forcing the Dark Knight into a furiously …

I’ll take the lazy way out and copy my responses from this thread:

[Screen Shot 2020-10-01 at 11.30.54 AM] Happy Halloween, @DickGraysonClub! To celebrate this spooky month, we are going to be reading Batman: Dark Victory #1-13 (Though feel free to also read #0!), which takes place in the universe of Batman: The Long Halloween but also includes a retelling of Dick Grayson’s origins! A killer called the Hang Man stalks Gotham’s underworld and Batman takes on a partner in this sequel to ‘The Long Halloween.’

Issue #0 basically feels like an “In case you missed the first miniseries” recap, but it displays the slightly more polished art style that Sale brings to the sequel. I’ve always found the art in The Long Halloween to be a little too sloppy even for its expressionistic approach, so I appreciate that this series keeps what worked about that art style while also looking like Sale didn’t just slap it down and call it good enough.

Issue #1 gives us Chief O’Hara. See, you’re finally finding your way into my heart, Loeb! (And then you stab me in it by the end of the issue!) And while the Godfather nods are still present (e.g. “Falcone Imports is now completely legitimate.”), they’re no longer groan-inducing. This series is still wreaking havoc on the post-Crisis Batman timeline (We’re late in Year 4 at the beginning of this story, and there’s still no Robin at first!), but I suppose it’s easier to accept once the damage has already been done in the first series.

Issue #2: Scratch that compliment about toning down the Godfather references. Sofia just straight-up steals a line from Robert Duvall. Oh, and the dinner table scene is clearly swiped from Tim Burton’s Batman, but you know, I’d rather them steal from Batman movies than non-Batman movies.

I was glad to see Loeb come back…briefly.

Issue #3: Well, I guess we’re ignoring that LOTDK annual with Flass. Yes, I know–I’m the only one who cares. On a different note, I really get tired of Bruce bringing up his parents every five seconds. Dude, you’re almost in Year 5. Time to dial it back a little.

Issue #4: There goes Branden. Are there any other supporting cast members from Year One left? I do like how Porter is being portrayed as a sort of Bizarro Sarah Essen.

Issue #5: I have to compliment this series for actually having things happen in every issue, which is more than I can say for TLH. That said, I know where the Catwoman subplot is going, and I’m yawning in advance. I won’t be going to Rome with her.

Issue #6: Okay, since Barbara came back in the last issue, and since Merkel dies in this issue, I guess Night Cries happens between these two issues. The timeline almost works (but not quite). Still, it’s weird seeing Merkel dead when I know that he’s in The Dark Knight Returns.

Issue #7: You know, it’s really odd that Loeb keeps trying to treat Calendar Man as a Hannibal Lecter type when he doesn’t have a history of killing people. Oh, and we finally get a reference to Haly’s Circus, which seems to come out of nowhere.

Issue #8: Ah, Joker. Thank you for mocking all the other characters and their constant mobster movie quotes. Also, if I didn’t know Dick’s origin story, I’d probably be scratching my head right now about this left turn into circus shenanigans. It just doesn’t feel like a natural extension of the story.

Issue #9: Yeah, as a Dick Grayson origin story, this issue leaves something to be desired. It’s really not interested in him beyond his role as a doppelganger for young Bruce. I’d say that we could just read Year Three, LOTDK #100, or Robin Annual #4 to fill in the characterization gaps, but Dark Victory contradicts all of them, so…

Issue #10: We’re getting “angry Dick” here, which may have been an influence on DCU’s Titans. He still feels like he’s getting a little shortchanged. The action scene in the sewer was okay, though. And it’s worth mentioning again that Dark Victory feels far less padded than The Long Halloween. Something notable happens in every issue.

Issue #11: Wow. In one scene, Loeb manages to contradict both Year 2 and Year 3 in no uncertain terms. Just as Zucco dies, Batman remarks that he hasn’t found his parents’ killer. Considering that Year 3 is directly intertwined with Tim Drake’s origin story, I’m tempted to slap an Elseworlds label on Loeb’s stories and leave it at that.

Issue #12: I think that Batman’s constant narration contributes to my feeling that TLH and DV are lackluster origin stories for Two-Face and Robin, respectively. It’s hard to feel like it’s THEIR story when Bruce makes it all about himself. (And don’t even get me started on this comic’s explanation for the “Robin” name.) Oh, and the Porter character really went nowhere, didn’t she? (Well, I guess she existed for yet another Godfather reference. Wasn’t Loeb just lampshading this a few issues ago?) Unfortunately, the revelations in this issue just make me go, “Meh.”

Issue #13: Please, Bruce, don’t ask where Catwoman has been. Trust me, the answer is not worth your time. Now, the Bat-Mite reference is worth our time! More of that! On another note, if the rogues gallery found the Batcave in Year 5, then why doesn’t that point come up again? (Surely the villains will have a ballpark idea of where to find it even if Batman does blow up the sewer tunnels.) I do like Sale’s take on the Robin costume, though. And you can’t go wrong with a callback to the Golden Age candlelight vow. We also learn who the Hangman is. shrug