This week we’re continuing our run of Detective December by reading the first issues of the acclaimed writer and co-creator of Batman: The Animated Series Paul Dini’s run on Detective Comics! These first issues also feature art by J.H. Williams III, Don Kramer, and Joe Benitez! 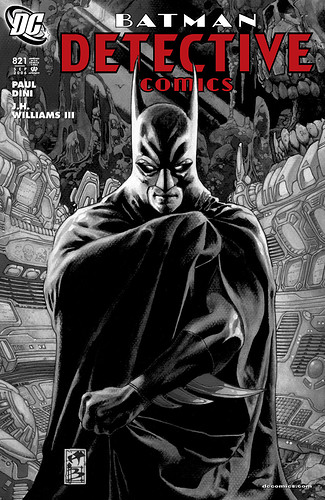 Gotham’s wealthiest citizens find themselves victimized by the mysterious new villain Facade! Operating with a gang trained to pass as members of the city’s elite, the masked mastermind’s crimes baffle the police and leave members of Gotham society fearing for their lives! 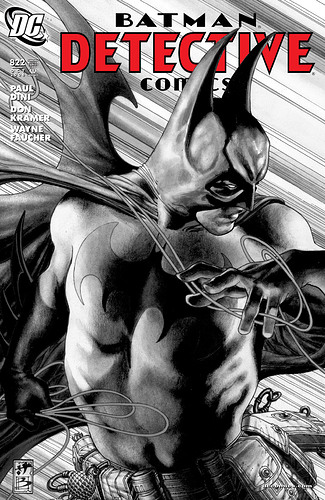 When a young socialite is murdered, her grief-stricken uncle turns to the newly reformed Riddler to find her killer! Has Gotham’s most pernicious puzzler turned over a new leaf, or is it all a cover for a darker scheme? 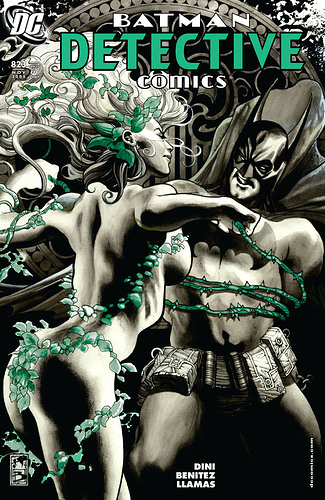 Once she was the mistress of all growing things. Now the plant kingdom has rebelled and unleashed its deadly fury on Poison Ivy! While struggling to protect his enemy, Batman is drawn deeper into a forest of intrigue where he uncovers a horrifying secret from Ivy’s past. 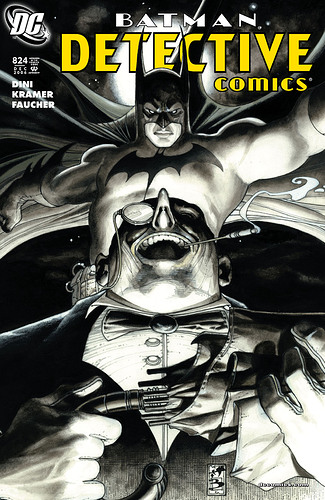 One of the Dark Knight’s most ruthless foes returns to Gotham City ready to resume business and settle old scores. Both Batman and Bruce Wayne find themselves at odds with the dirty bird as Penguin feathers a new nest with lies, deceit and murder! 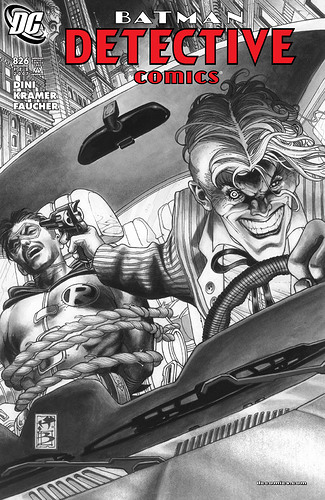 An unexpected twist of fate places Robin directly in the clutches of Batman’s archenemy, the Joker. Alone and incapacitated, Robin must summon every bit of his courage and ingenuity to free himself before the madman ends the Boy Wonder’s life! 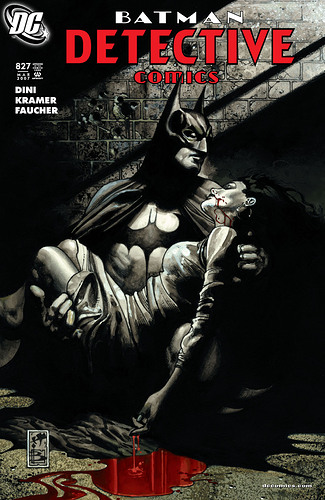 Meet the all-new Ventriloquist! After surviving a near-fatal explosion, Batman discovers the Ventriloquist and Scarface are back—with a vengeance. Scarface unites the most feared names in the Gotham Underworld and introduces them to a surprising new ally in their war against Batman.

Issue #821 is a disaster because J.H. Williams III seems to be overcompensating for a story that he finds boring. Issue #823 is pure cheesecake thanks to Joe Benitez, and I find it rather off-putting. The other issues are done by Don Kramer, whose style fits better with Dini’s writing.

I pretty much agree with what you said. This run is pretty meh for me.

A couple of stray thoughts:

822: I don’t know about anyone else, but I feel a bit cheated when the culprit in a detective story is a character we never met before the reveal.

826: I enjoyed seeing Robin beat the Joker, though I find the setup strains my disbelief. It doesn’t seem likely that Tim, who is a pretty good detective, wouldn’t notice who was driving before getting into the car. Also Joker should be more patient with the girl working the drive through; clearly he’s never been on the other side of the mic or he’d know how difficult it can be to catch what’s being said.

827: Batman in disguise is generally fun and I was amused by the idea that he can throw his voice

I generally really like this run of one or two-shots, and of course, the Tim Drake/Joker story Slay Ride is one of the all time classics.