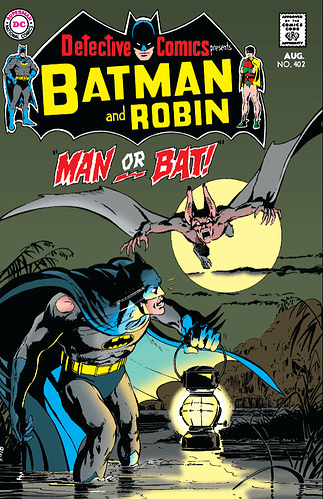 Greetings, Bat-Fans! I’m back with more World of Bats Book Club, and this time we’re jumping back to our long walk through the Bronze Age!

This week, we’re once again a little short on Batman issues, but we’ve got some big moments on the Detective Comics front to make up for it (though not without a few missing issues there, too - #404 is, unfortunately, not found, and neither are #405-406, for that matter), so let’s get to it!

I should note that #411 is a repeat from my “Detective Decades” installment a few months back, so if you read it then you may or may not feel like skipping it this time.

Because this is a sort of eclectic collection of oneshot stories, I can’t provide much in the way of coherent discussion questions, so whatever thoughts you’ve got, go nuts.

Wow, was that last issue Talia’s first appearance? I’d never read that before. Sort of thought she she just showed up at the same time as her dad did. This also made me realize there’s a lot I don’t know about the League of Assassins.

Overall, I liked these issue. I didn’t realize how many writers there were at the same time as Denny. Makes me think there really is a lot of credit to go around on the more realistic take on Batman.

Detective Comics #402 – Decent continuation of #400’s Man-Bat plot. I continue to like the more tragic could-have-been hero thing, even if it feels evocative of other comic characters like, say, The Hulk. Kind of weird that they end that story in that place, especially since they say it will continue in a “future” issue of Detective. Not very specific!

The Robin back-up was pretty interesting. I feel like this is probably that very first baby step of Dick stepping out of Batman’s shadow that will continue in NTT all the way up to him becoming Nightwing. Speedy being there was also cool, even if he really didn’t do much of anything.

Detective Comics #403: The main story has a cool hook and all that. The problem I had was that at the end, when Batman tells us the key to the fact that the woman he was looking for was actually a twin sister with differing beauty marks, I went back to look, and there was no actual beauty marks on either character until the horse carriage chase. Makes it feel cheap when they don’t set those things up.

The Robin story was okay – kind of puts a point on some of the stuff done last issue. Nothing really all that interesting, though.

By the way, if anyone wants to read 'Tec #408 without the modern recoloring, you can find it (woven into the “Strange Apparitions” storyline as a fill-in issue when Wein took over the book from Englehart) in 'Tec #478.

Batman #225: Clever way to make a suicide look like murder, but ultimately forgettable.

Detective Comics #407: All I can think of with this story between Man-Bat and Francine is “Probably still a better love story than Joker/Harley.” As for the Batgirl story, while I can’t really say much for only having the last part, I do like the way she uses some clever thinking to get enough light to escape. 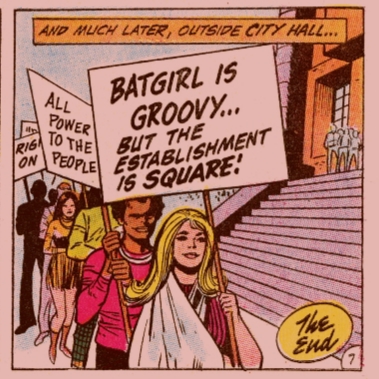 'Tec #411 is where Denny finally found his groove. Until then, his stories didn’t quite click, but once he introduced Talia, he figured out the globe-trotting adventure approach that would define his run. I have generally preferred the Frank Robbins stories over O’Neil’s thus far (and I’m convinced that Robbins deserves far more credit than he gets for developing the status quo of Bronze Age Batman) but the shift is about to occur once Talia’s daddy shows up.

Blows dust off this topic

I’m gonna get caught up, I swear.

I don’t remember it all that well, but I think I already read Detective Comics #402 at some point, so skipping ahead…