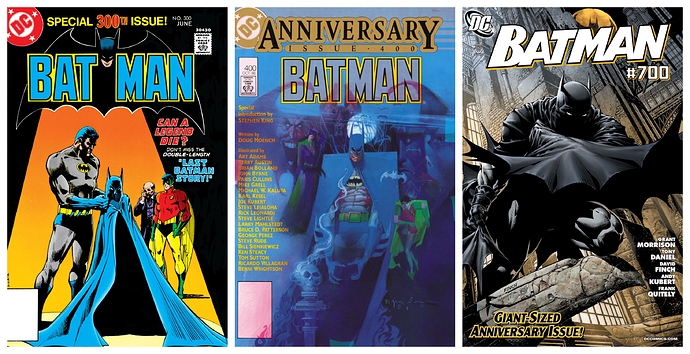 Hello, and welcome to the World of Bats: The Batman Book Club!

This week we’re continuing to celebrate the one year anniversary of the club with some anniversary issues from various eras of Batman! 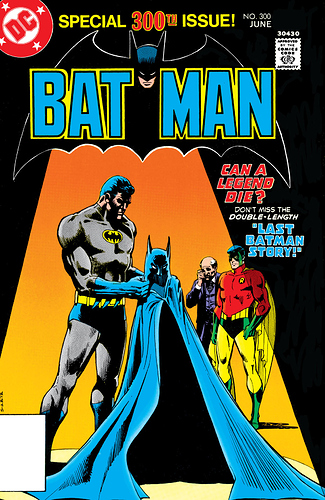 It’s Batman and Robin in the Gotham City of the future as they take on a crime cabal called Spectrum! 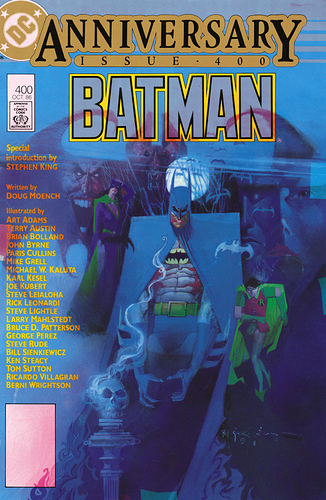 Featuring an introduction by Stephen King! As Batman ponders the note sent to him as a warning, all of his foes are sprung from Arkham Asylum. 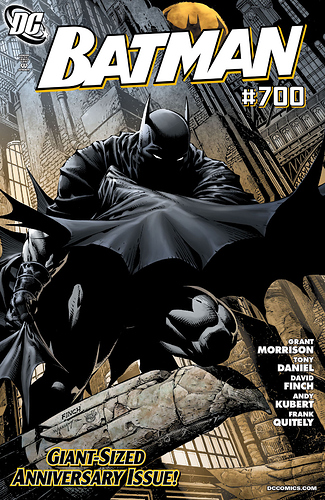 Grant Morrison returns to BATMAN in this oversized, stand-alone special and he’s brought an all-star roster of artists along including Andy Kubert, Tony Daniel and Frank Quitely for stories spotlighting each of the Batmen from different eras—Bruce Wayne, Dick Grayson and Damian Wayne…and beyond!

Let us know what you think of these issues and more down below!

If you want to know more about the World of Bats Book Club, as well as see what we’ve previously discussed, click HERE!

If you have any questions, you can contact @Jay_Kay or @BatJamags.

Last week, it was Blind Justice. This week, it’s Resurrection Night. Is your theme “I Can’t Believe It’s Not Knightfall”?

I’m pretty sure we’ve already covered #500 as part of @BatJamags early look at Knightfall, and I didn’t want to put in #600 since that was the middle part of Batman: Fugitive, so…that’s how it went.

It was funny, looking at the issues of the book, I was struck at how they didn’t really acknowledge any of the milestones until #300.

I was struck at how they didn’t really acknowledge any of the milestones until #300.

Batman #100 and #200 did have really neat covers that showcased some of the classic previous covers, but the stories themselves were nothing special. Meanwhile, Detective Comics couldn’t even bother to bring any attention to the milestone on its cover until #400 (with a little banner at the top, but nothing else to take attention away from the debut of Man-Bat). They finally stepped it up with #500, just to forget again after #600.

Stephen King’s musings on Batman was definitely something interesting to read. Does anyone know if he has ever written a Batman story? Or have any suggestions for Batman stories that go into horror? Batman certainly seems like a good candidate for the genre, at least occasionally

Does anyone know if he has ever written a Batman story?

Nope – most of his work in comics is either adaptations or expansions on his novels (The Dark Tower, The Stand), and the back-up stories in American Vampire. It would be cool to see him do something with Batman, maybe a short Black Label mini-series or one-shot.

Or have any suggestions for Batman stories that go into horror?

All I’m gonna say is, wait until October… 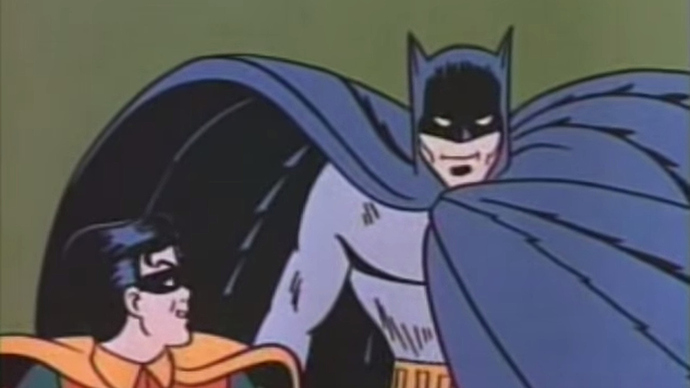 It’s a story about family, a love of pop culture, and death

I did come across this from a web search. Its not a comic and not a Batman story, strictly speaking, but it does reference the character.

This isn’t a new idea, but through reading some of these older Batman comics I’ve come to realize just how interesting Ra’s al Ghul is as a foil to Batman. He’s similar to Batman in that he has means, intelligence, and drive. Ra’s has no qualms about killing and his idea of a better world is pretty monstrous. He’s Batman’s Moriarty (I’ve heard that somewhere) and I wouldn’t mind him being a major villain in future DC movies.