Hello everyone and welcome to the World of Bats, the Batman Book Club!

I had to miss this holiday when it came up when there were more…pressing occasions to celebrate and do a themed book reading of, but last Wednesday was Saint Patrick’s Day, so to do a little somethin’ somethin’ with that, I thought we’d highlight Batman’s interactions with a certain green aspect of the DC universe…the Green Lanterns! 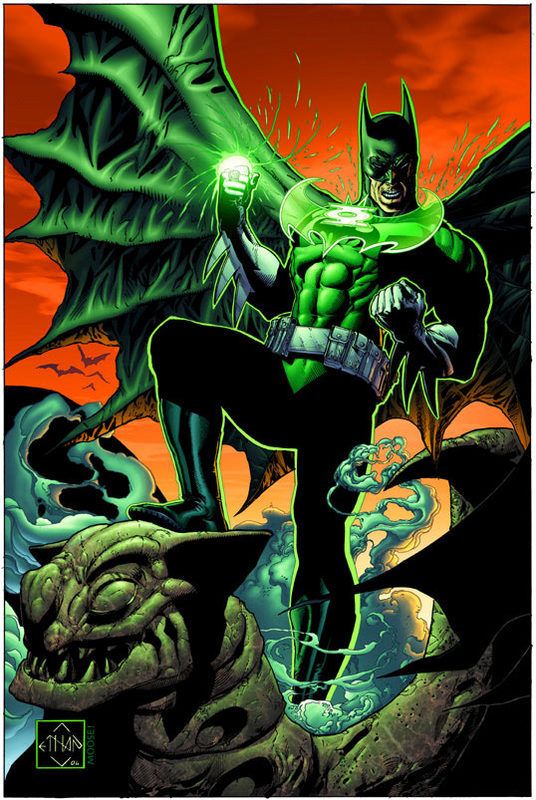 So how this will work is I’m going to throw out some books that featured Batman interacting with almost all the current Earth Green Lanterns.

(With two exceptions: Jo Mullein, who hasn’t really interacted with many DC heroes in general outside of Future State: Justice League, which we don’t have here yet. And surprisingly John Stewart, who I couldn’t find any stories that featured the two that weren’t in the middle of a bigger story. If anyone knows of any, please let us know!)

Read as little or as many of them as you’d like, and let us know what you think of our Dark Knight’s dynamic with each Emerald Knight!

Starting with the OG, Alan Scott, we got Detective Comics #784-786, “Made of Wood,” written by Ed Brubaker and drawn by Patrick Zircher. 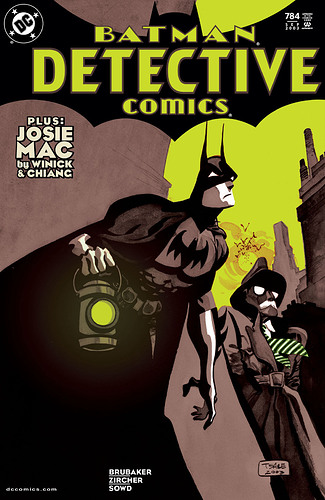 A serial killer has scrawled an eerily familiar message on the statue of the city’s most hallowed Golden Age hero…but to what demonic place will the trail lead? Only one light can illuminate the diabolical destination—that of the Green Lantern! “Made of Wood,” Part 1 of 3, guest-starring JSA’s Golden Age Green Lantern Alan Scott! Plus, a backup story by Judd Winick and Cliff Chiang that features the return of Josie Mac, who gets transferred to the pages of GOTHAM CENTRAL!

Then, to go to Batman’s second most “favorite” Green Lantern, Hal Jordan, and for this one we’re going into Green Lantern (2005) #9, written by Geoff Johns and drawn by Ethan Van Sciver. 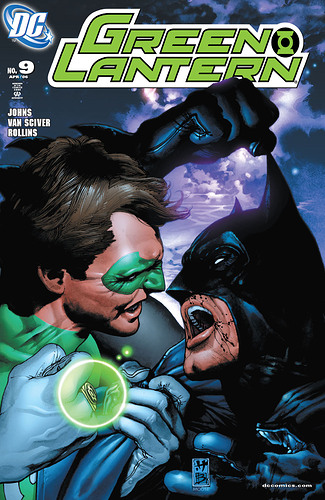 It’s no secret that Green Lantern and Batman don’t see eye to eye, but can they set their differences aside to face down the new Tattooed Man in this stand-alone story? Plus, what would Batman do…with a Power Ring? Featuring guest art by Ethan Van Sciver (GREEN LANTERN: REBIRTH). 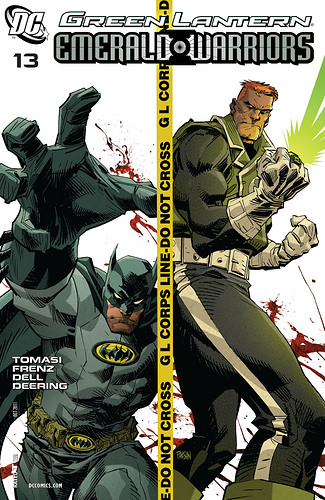 A murder on a WayneTech satellite means Guy Gardner must team up with his worst frenemy, Batman! Can they solve the mystery before they kill each other?

After our problematic faves, we then go to the 90s steward Kyle Rayner! For him we’ll be reading Green Lantern (1990) #71, written by Ron Marz and drawn by Paul Pelletier! 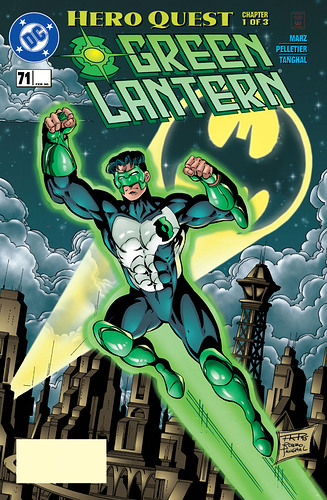 Hero Quest’ part 1! Tired of being a rookie, Kyle Rayner sets out on a journey to learn from the legends of the DC Universe how to be a better hero. First stop…Gotham City and a visit with the Batman Family.

Finally, we finish up by looking at two of the newest recruits to the Corps, Simon Baz and Jessica Cruz! For them we’ll be looking at Green Lanterns #16-17, written by Sam Humphries and drawn by Neil Edwards. 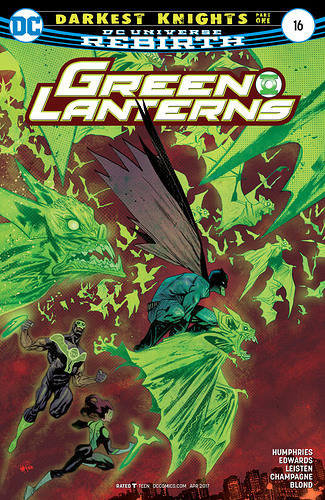 “DARKEST KNIGHT” part one! It’s the Dark Knight/Emerald Knights team up you’ve been waiting for! Simon and Jessica travel to Gotham City to help Batman with a mystery even he can’t solve! People all across the city have been gripped with fear. Is it Scarecrow? Is it the Sinestro Corps? Can these Justice League teammates work together to solve the mystery?

I know, it’s a LOT, but like I said, due to how fragmented it is, read as little or as much as you’d like, whether it’s a character you love or one you’ve never really tried before, just let us know what you think!

I haven’t read much Green Lantern, so I’m excited for this sampler with Batman sprinkled in. Probably the one I’m most familiar with is John Stewart and that’s from the animated Justice League that ran in the early 2000s.

Before DC Universe existed I checked out a trade paperback of a 80s Green Lantern and one of Hal Jordan’s enemies was a jai alai player. I’m not sure if I’m in for more of that or not. Hopefully this tangent wasn’t too off topic.

And don’t worry too much about going off-topic, worst case I can always find something to lead us back.

The Jai-Alai thing is interesting – if I’m perfectly honest, I think I’ve only seen it on Star Trek: TNG and just assumed it was made up for the show.

Definitely enjoyed Made of Wood. It’s a tight, street level detective story and I liked the interplay between Bruce and Alan. Seeing Batman in a disguise was fun (although I’m not sure running around as Bruce Wayne’s evil twin would really be all that helpful). 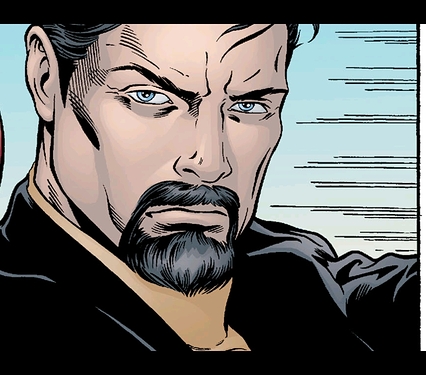 Just some quick comments on the rest of the reading:

Hal isn’t my favorite Lantern, but I was surprised to see him and Batman have such a contentious relationship. Is this some aftermath from the Parallax thing? Seeing Batman trying the Lantern ring was a cool moment.

Guy can be a jerk, but when it comes down to it he’s ultimately a good guy. The dude going down after one punch from Batman was a neat nod to the JLI days.

Batman was a jerk to Kyle. It felt out of character. 🤷

I didn’t like Simon at first, but he grew on me. Jessica didn’t do much; I guess it was more Simon’s story. The idea of a Lantern using a gun as a backup felt novel to me; I didn’t hate the concept, but I think they made the right narrative choice to have it be a crutch.

I’m reading the Kyle issue. Poor guy is getting shown up by Tim Drake.