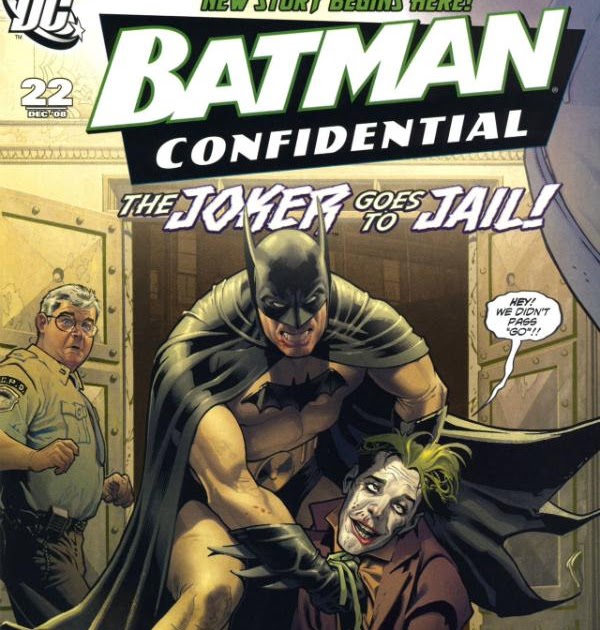 Hello once again to the World of Bats Batman Book Club! Glad to be back here again with the new community!

This week we’re going to continue the theme we started for the month of October with Joker focused stories in celebration of that little indie movie that’s been doing kind of okay at the box office. For the first week of the month we did a story from the short lived Batman Confidential series, and we’re going back again for the story “Do You Understand These Rights” by Andrew Kreisburg (of Young Avengers and the Wonder Woman movie fame) and Scott McDaniel (acclaimed Batman & Nightwing artist).

We’ve seen more than a few storylines of Batman and The Joker facing off for the first time, most often ending with Batman putting the Clown Prince of Crime in jail. But what happens after that? How do the police and the courts react to this new, deadly class of criminal?

Tell us your general thoughts here in this thread!

So let’s get into it! Hope you all enjoy.

OK, this time I swear I’m going to actually do the reading. Honest!

I’ll get to it! See you all on Saturday for discussion

I’ll get right on it.

I think I only really have two gripes with it:
First: I feel like the Joker’s ultraviolence should be spaced out a bit more. Kreisberg had his sense of humor down pretty well, but at a certain point the kills stopped being surprising. I generally think the best way to handle the Joker is to treat him as if he’s an actual comedian whose routine just happens to involve committing real crimes. And so under that framework, here he’s just repeating the same “bit” over and over again. I can sort of see it as his twisted idea of a running gag, but it’s a tad repetitive. Still, I’m nitpicking here.

Second: Scott McDaniel has done the art on a lot of well-written books, but I just can’t bring myself to like his style. It’s kind of blobby and inconsistent, and characters display about three different facial expressions (scowl, gritted teeth, and silhouette-with-gritted-teeth). He also has a bit of only-two-faces syndrome, but then unlike, say, Jim Lee, he also isn’t really that good at bodies or action, having a fairly limited array of poses that he uses a lot as well. And he doesn’t have much in the way of detail or shading, since his style is fairly flat and cartoonish. So I’m not sure there’s really a lot to like.

So just read 22-25.
Not bad. I did have a laugh at the light bulb joke…then saw the repercussion of it and was like “oh goodness that was dark” Was not to crazy about the art but the story made up for it. It definitely gave off a DK vibe with the phone and transport panels. Writer did a good job on capturing the crazy side and humor of joker. It reminded me of how his personality is in the current Last Knight on Earth story. Have never read any of the Batman Confidential stories. Saw that there were some that were Joker themed earlier on. Was it one long story run or individual story arcs?

Looking forward to hearing your thoughts!

I could see the amount of violence being a bit borderline. I get the feeling that Kreisberg was going for a mix of the darker comic takes on Joker as well as the “plans-within-plans yet chaotic terrorist” take from The Dark Knight, which makes him feel almost clairvoyant and a little over the top. It can be a bit annoying, but hey, Batman can be equally as over the top, so I guess it only fits.

As for Scott McDaniel, I can see your critiques on him. He’s been a part of work I’ve liked, but his sequentials have never been my favorite. I’ve mostly liked his covers more than anything. 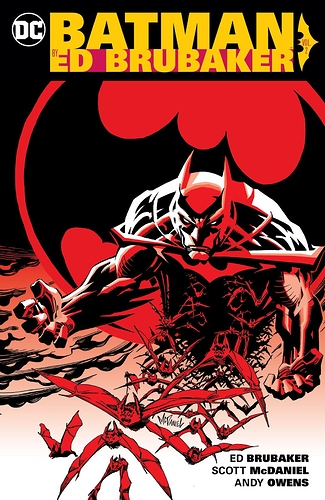 Individual story arcs. Not all of them are Joker related, but considering that the book came out leading up to and this arc even came out a couple months after The Dark Knight, there was a lot of Joker content.

I actually started the Joker-themed month with the second arc of this series, “Lovers & Madmen,” which was not only detailed a Batman vs. Joker fighting for the first time story, but parts of that story does actually connect to this, that being the stuff of Arkham Asylum being a thing that City government was trying to get rid of until Joker came about, and Gotham City made him it’s first resident.

Here’s the link to the book club thread!

Ah, Batman Confidential. This series didn’t even have good continuity with itself, let alone with the mainstream DC timeline. Note how we have the Red Hood in the flashback, which contradicts the revised Joker origin from “Lovers and Madmen.”

Anyway, this one just doesn’t land for me. I’m not big on the idea of the Joker basically giving Batman the reverse Killing Joke speech when they’ve essentially just met, even if we do get a Matches Malone appearance out of it. Plus, I find the wife’s suicide a bit contrived, especially considering how rushed it is.

Sorry I’m being so down on all of the picks this month! Nothing against the club!

No need to apologize for being critical! Honest takes make for better discussions.

I can see what you mean about the continuity thing. I think it’s fair to say that while they may have talked about it being in continuity in theory when the series launched, in practice I don’t think that’s the case and it’s take on things were even less in canon than Legends of the Dark Knight was, and that was pretty tenuous back then too. I just tended to look at the stories in this book to be just interesting stories for their own merit.

I can definitely see what you mean about what happened to the wife – I also felt that was a little too easy, like they were trying so far for the evil mastermind that it went a little out there.

Speaking of that, that also reminds me that later on in this series there is a sort of sequel to this arc by the same creative team, focusing more on that part of the story. It’s issues #29-30 and is called “Bad Cop.” 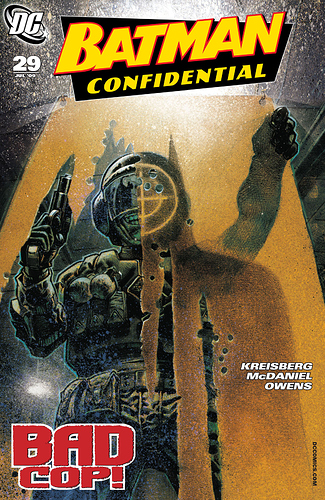 This wasn’t my favorite Joker story. I agree the wife’s death wasn’t pulled off well. She would have to have already been real messed up to believe a random call from her doctor which concluded with “hey, kill yourself!” “Oh, okay, that advice makes sense. Bye!” … Unless we think Joker lied about what he actually said?

And then to have the rest of the story sort of centered on that act killed my suspension of disbelief a bit.

Yeah, this is not one of the better Joker stories in my opinion

I agree the wife’s death wasn’t pulled off well. She would have to have already been real messed up to believe a random call from her doctor which concluded with “hey, kill yourself!” “Oh, okay, that advice makes sense. Bye!” … Unless we think Joker lied about what he actually said?

I had the exact same problem with that as you did. The entire story basically fell apart for me because we, as readers, were asked to believe the bolded. I have no trouble believing that Superman can fly or that the Legion is from the future or that comic science can be a bit wonky at times but when it comes to a plot point that a story is revolving around I just can’t suspend my disbelief when something about that point is, in itself, unbelievable.

I also didn’t care for the art here much either.

@Jay_Kay
I just finished reading "Do you understand these rights ". Great reading and artwork. The joker is such a delicate psychopath. He really knows how to get people pissed off and then scared as hell.

Definitely. The best takes on Joker tend to be master manipulators.

Some good discussion, guys! When I get off work today, I’ll post this week’s reading. It’s gonna be a gas!

Just finished the reading. Contrary to many here I quite enjoyed the story. I thought the writing of the Joker was handled well for the most part (although retrospectively I understand where @BatJamags was coming from when he said the Joker’s violence was a bit much). As for the art, I didn’t have much of a problem with it. The coloring was a bit weird to me. It was a lot of Red and Blue, which I get it if the colorist is trying to go for a color palette or something, but he/she/they only every use like the most boring shade of red and blue. I remember at one point looking up from the reading through a window and being like, “oh yea, green is a color that exists in places more than just the Joker’s hair”. Overall though, a nice quick read