This week we’re continuing our trek through the end of the Knightfall saga by taking a look at two arcs focusing on two different Batmen. 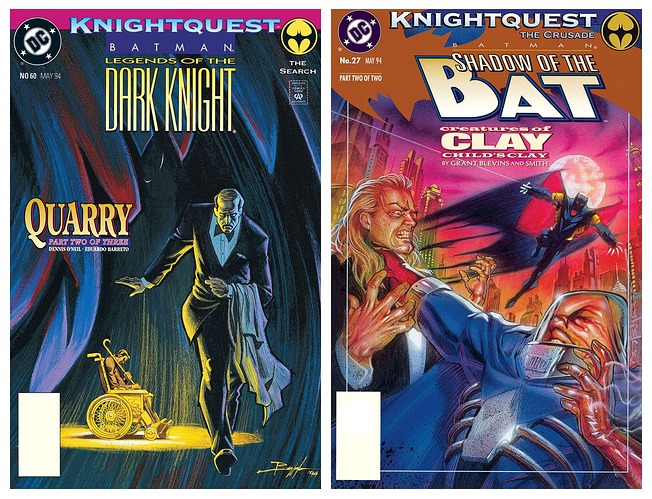 See Bruce Wayne finish his Search for Jack Drake and Shondra Kinsolving in Batman: Legends of the Dark Knight #59-61, written by Denny O’Neil and drawn by Ron Wagner and Eduardo Barretto. Then, witness Jean-Paul Valley handle the strange love story of Clayface and Lady Clayface in Batman: Shadow of the Bat #26-27, written by Alan Grant and drawn by Bret Blevins. 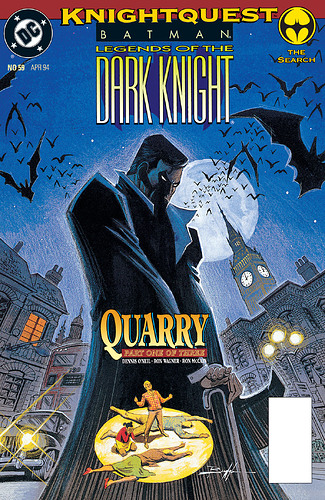 Batman: Legends of the Dark Knight #59

Quarry' part 1! Bruce Wayne continues his relentless pursuit of the abductors of Shondra Kinsolving. Behind the abduction is Benedict Asp, a man with... 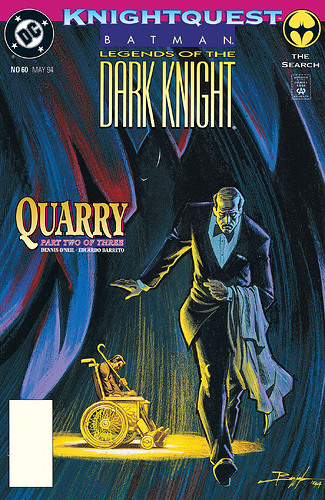 Batman: Legends of the Dark Knight #60

Asp threatens to kill four more heads of state unless his demands are met. Fearing that Bruce Wayne will also be one of Asp's victims, Alfred attempts to... 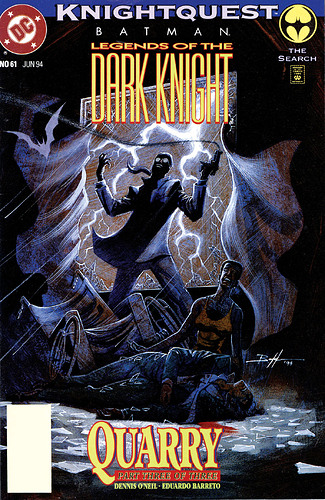 Batman: Legends of the Dark Knight #61

Quarry' conclusion! While Batman is decoyed from coming to his predecessor's aid, Bruce Wayne is captured by Benedict Asp on Santa Prisca during a raging... 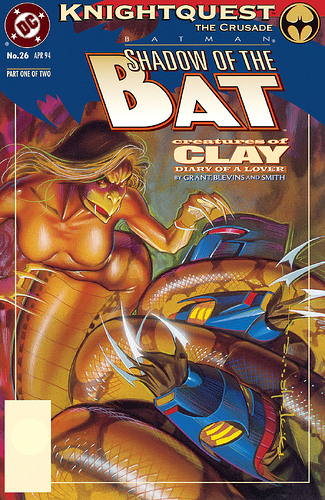 Creatures of Clay' part 1! True love never dies. True love merely becomes a motive for murder, which is a lesson Batman quickly learns when he... 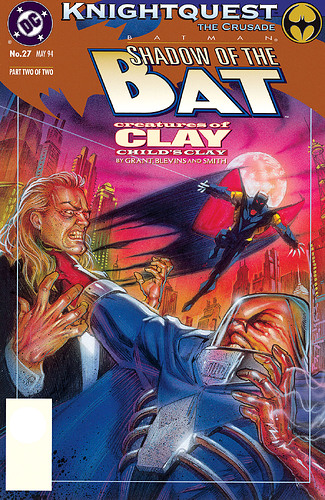 Creatures of Clay' part 2! Lady Clayface leads Batman to the site of Clayface and Abattoir's impending showdown. Plus, meet the Clayface baby!

I gotta say, the Mudpack issues of this always kinda confused me.

Just feels so removed from what I was invested in at that point in the narrative - the Bruce, Jean-Paul, and Tim drama.

Yeah, I could see that. I think it’s to give Jean-Paul really sympathetic antagonists to show where he’s at. Also, it is a continuation of a previous plot point that writer Alan Grant did during his run on Detective Comics, “The Mud Pack,” where all the previous Clayfaces team up. If you’re curious about Preston Payne and Lady Clay, we covered them previously in a WOB entry:

Hello and welcome to the World of Bats, the Batman Book Club! This week we’ll be looking at the work of another great comic book creator who’s made his mark on Batman that has sadly recently passed, this time the work of Alan Grant. We’ll be reading Detective Comics #604-609, with art by another Batman legend, Norm Breyfogle. [image] Batman finds himself face-to-face with the dangerous Clayface III…unaware that the Man of Clay is now teamed up with the three other Clayfaces! Also, someone i…

I think I remember liking these Mud Pack issues.

Bruce Wayne’s adventures, not so much.

I enjoyed both of these selections but I also liked the Clayface issues more. I’m not sure what it is, maybe just that Asp is cartoonishly evil compared to the more nuanced approach to the Clayfaces. Abbatoir is a little boring to me for the same reason. Bruce going under cover as Hemingford Gray was fun as well as seeing him do some damage with his trick cane

Bruce Wayne’s adventures, not so much.

Yeah, the Bruce stuff was actually the stuff I was most curious to read for this, because when I initially read the Knightfall saga in trades a while back, it didn’t include those issues. So, you know, the allure of the new to me and all that. But yeah, those issues were probably the weakest of this batch.

Yeah, that and the bit with Bruce as Gray trying to get arrested was hilarious.

My man Azrael is really underrated!