Hello, welcome to the World of Bats, the Batman Book Club, and Happy Valentine’s Day!

To celebrate the occasion, we’ll be delving into matters of the heart, and reading Paul Dini and Dustin Nguyen’s “Heart of Hush!” 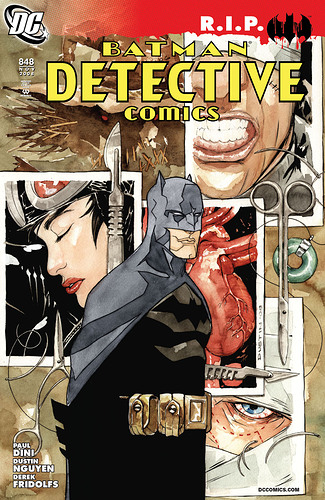 Heart of Hush’ Part 1. Paul Dini and Dustin Nguyen begin a story arc set to rock the Dark Knight straight down to his emotional core. Hush returns, and he’s made it his goal to cut out the heart of the Caped Crusader!

Here are the links for the storyline:

So let us know what you think of this story down below!

Hush is an interesting villain, especially in this take. He’s Batman if Batman were a bad guy. At times in his back story, I found him to be a little bit of a sympathetic figure considering his father and the way his mother ran his life. How could he have possibly turned out well-adjusted? This, of course, doesn’t excuse anything he does, but I thought it was interesting to think about.

The bit at the end between Bruce and Selina was sweet.

Definitely – Hush works well as a sort of dark mirror to Batman. Makes our hero look well adjusted in comparison!

Agreed on Bruce and Selina – their interactions were great overall, especially the end.

(knowing some of the events of RIP) You got to figure black glove had something to do with why Bruce would stay with Miss Jet, instead of getting back with Selina after what happened to her and his confession , then again DC was planning on Killing batman off for a time soon after RIP.
However, the interesting thing I find about this is Batman said nothing when Hush’s bandages came lose and got stuck in the whorlly bat.

Well, I’ll give Dini credit for leaning into the “evil surgeon” side of Hush, but he may have actually managed to make Tommy even more annoying than before.

You got to figure black glove had something to do with why Bruce would stay with Miss Jet, instead of getting back with Selina after what happened to her and his confession ,

It could be a factor of things – I think Bruce knew that Selina was going to go after what resources he had left as revenge so he wasn’t going to get in the middle of that. Plus, as we saw in RIP, Bruce knew from the start that Jezebel Jet was part of the Black Glove, so the confession doesn’t really change anything. Sorry for trying to keep spoilers for a book that’s…let me look this up…THIRTEEN YEARS AGO?!

However, the interesting thing I find about this is Batman said nothing when Hush’s bandages came lose and got stuck in the whorlly bat.

I mean, between all the stuff he did before this point, the fact that Hush got there mostly from his own fault, and the fact that dude just literally stole his lover’s heart, Bruce was understandably not that bummed out that Hush might have bit it. He was basically like: 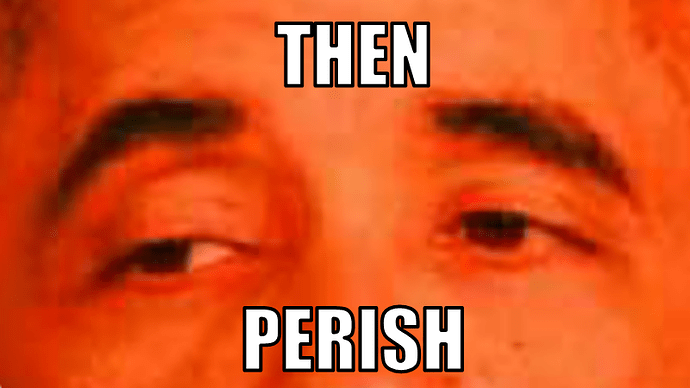 Well, I’ll give Dini credit for leaning into the “evil surgeon” side of Hush, but he may have actually managed to make Tommy even more annoying than before.

I totally see that, but I kinda like that? Like, Hush in his introductory story was kind of a non-entity. When he next showed up…I haven’t read that era for myself, but from what I’ve heard, it’s even worse.

But what I like about how Dini writes Hush is that he’s a great example of a sympathetic and yet still a nasty customer. Like, physically abused by his father, and emotionally abused by his mother, that’s all horrible stuff and you can understand how that would make someone spiteful and hateful, but they don’t excuse it or try to make him less of an evil, spiteful man. He goes from a sort of bland character to one we can love to hate.

Or at least I can. Your milage may vary.

true, and ya hush is a bit sympathetic …however any sympathy I have for Hush went down the toilet when it was implied that he may have arranged the death of Bruce’s parents…at this point, I would love to see Bruce Bane both Joker and Hush.

given that Oracle helped Selina with ruining Hush, I would say Batman likely gave his silent approval to the endever.

I have to admit - I like Heart of Hush a lot more than Hush (though House of Hush was a mess). It’s a tight, dark adventure, with a lot of characterization I love. Plus I really adore Dustin Nguyen’s art - I know, I know, Hush was Jim Lee, but for some reason I just think he wasn’t as good at Batman as he would be with ASBAR (as painful as that is).