This week, as part of Pride Month as well as in anticipation to the upcoming release of the Poison Ivy series by G. Willow Wilson, we’ll be looking at Pamela’s previous solo book, the miniseries “Poison Ivy: Cycle of Life & Death,” written by Amy Chu, with art by Clay Mann, Ethan Van Sciver, and Cliff Richards. 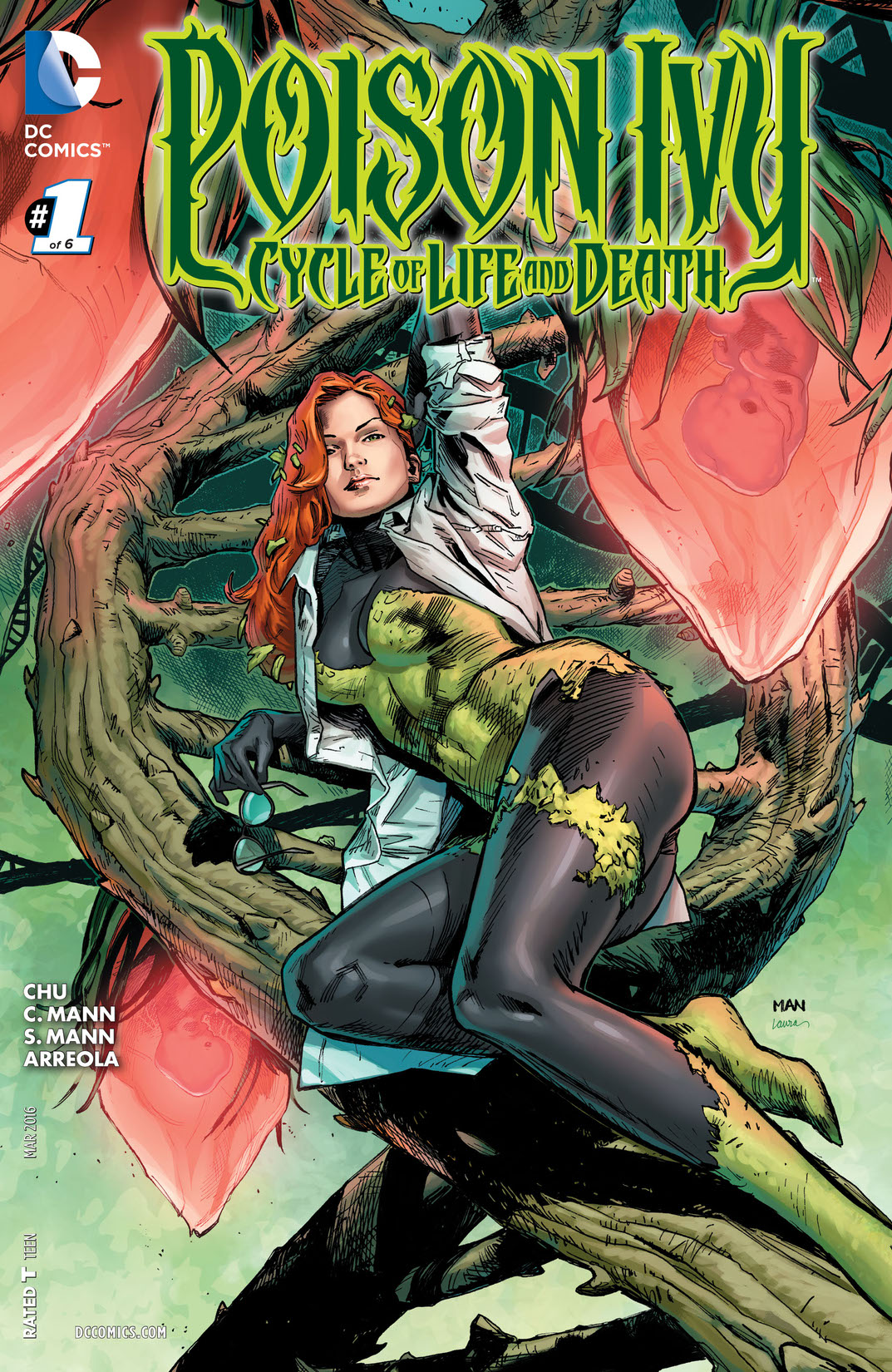 There’s animal. There’s vegetable. And there’s somewhere in between.

That’s where Dr. Pamela Isley, a.k.a. Poison Ivy, finds herself. Instead of battling the Dark Knight, she is now a researcher at the Gotham Botanical Gardens, studying the possibility of creating plant-human hybrids.

But when her fellow scientists start turning up dead, she’s both the natural leading suspect…and the only person (or plant) who can crack the case.

To solve the mystery, Poison Ivy must team up-or throw down-with her oldest friends and closest frenemies, from Harley Quinn to Catwoman to the Swamp Thing. Can she keep things under control, or will she be responsible for a deadly new harvest?

You can find the link to the entire mini-series here: 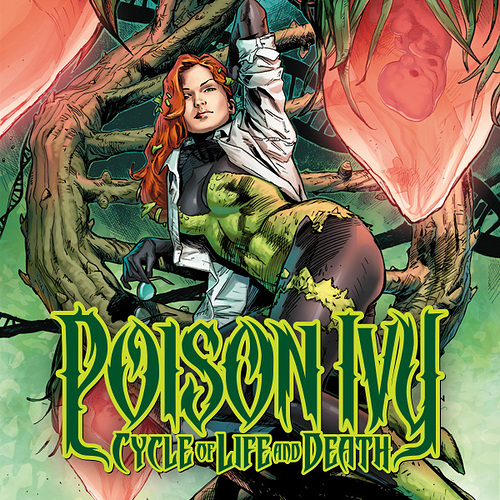 Poison Ivy starts a new job as researcher at Gotham Botanical Gardens, and is drawn into a conspiracy when her colleagues are killed.

Looking forward to hearing your thoughts on this book!

This book is alright; I liked the interactions Ivy had with Quinn, Catwoman, and Swampthing and the artwork was good. Something is missing from the story that’s keeping it around mid-tier, for me. Possibly I’m just not quite the right audience; the story feels a bit unoriginal (old guy does weird, unethical science things to live longer and hurts people in the process) and the new characters feel a bit forgettable. I enjoyed reading it, but I don’t see it sticking with me.

I appreciate the pick; I don’t read much Poison Ivy and it is good to read about different characters

I’ll agree that the mystery is kind of old-hat. I think I would have liked to seen more focus on the Sporelings, as they were an interesting new wrinkle in Ivy’s world, where she has to be responsible for young children who were born with the powers that she has.

Speaking of, this actually isn’t the last time we see Ivy’s Sporelings. Apparently they’re mentioned in Francis Manapul’s brief run on Trinity during the Rebirth relaunch, and they showed up fairly recently in the anthology Flash Facts as part of DC’s children’s graphic novel line.

Yeah, I think it would have been more interesting if more time was spent on the sporelings. It felt like they were leaving almost as soon as they arrived