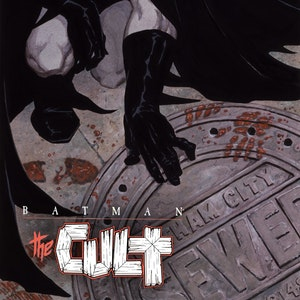 This week we will crawl down into Gotham’s sewers and hangout with some easy going like-minded colorful folks that just want to see Gotham prosper in Jim Starlin’s mini series with art by Bernie Wrightson Batman: The Cult.

Here’s a link for this weeks reading Batman: The Cult

And of course share any other thoughts you have on the story!

If you wish to join the World of Bats and see some of the previous club entries, you can check out the link to our club HERE . If you have any questions about the club, feel free to contact @BatJamags, @Jay_Kay, and/or myself @AquamonC137

As always thanks for swinging by and happy reading BatFam!

Have a great week y’all!

Cults are bad. Don’t join them.

@Awesome_Squid doesn’t join cults, he starts them. Always better to be the cult leader.

Always better to be the cult leader.

@msgtv, Glad to have ya man!

Yeah, I don’t typically join cults. But I do owe Deacon Blackfire a favor, so I think I might participate in this one.

Point #5 Never owe a cult leader a favor, it can get weird 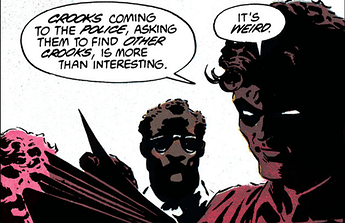 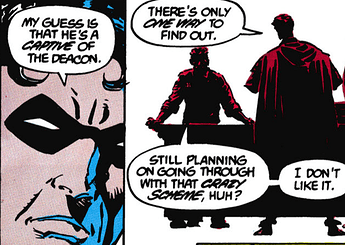 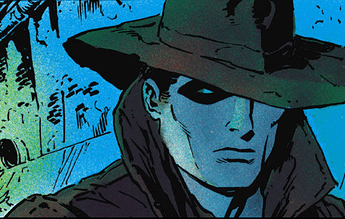 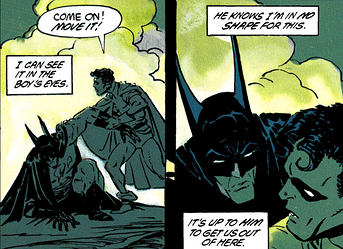 He was. He really is the savior in this one. Plus Robin finally gets revenge for that Slap!

“Only one of my parents is DEEEEAAAAD!!!”

Anyway, The Cult is one of my favorite Batman stories, even if it is heavily “influenced” by DKR. Am I just a sucker for 1980s Batman comics where the Dark Knight uses a gun?

Am I just a sucker for 1980s Batman comics where the Dark Knight uses a gun?

Hey, if the holster and ammo belt fits.

But I’m with you, this is definitely a favorite story of mine. Looking forward to going through this story once again.

I think you mean Miller. 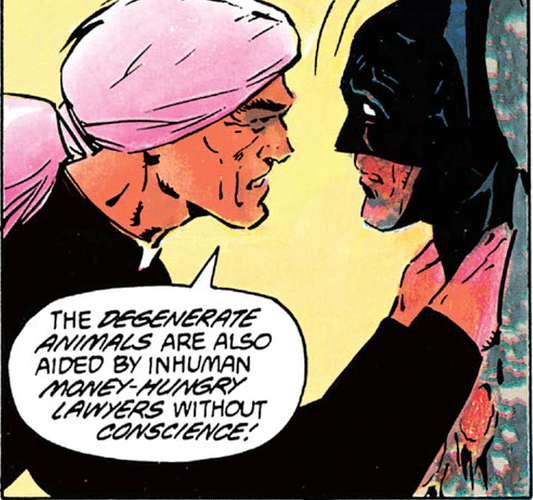 No but I did mean The Dark Knight Rises

Well, it’s better than most of Starlin’s work that I’ve read, in that it’s not absolutely riddled with plot holes. I didn’t really enjoy it but I can’t think of anything specifically wrong with it either.

As for the art… The linework is all over the place and like half of it is copy-and-pasted. I get the gritty, trippy look they’re going for and a few pages did look really nice (mostly splash pages, like the endings of the first two issues), but for the most part it’s just sloppy.

I think the early parts where it was more of a horror story and less discount Dark Knight Returns were stronger. It became kind of hard to take seriously when the monster truck Batmobile with tranquilizer machine gun rolled out.

I like the idea of Batman fighting an evil cult, but there’s not much to him. I think I could warm up to him if a really good writer really fleshed him out, but I don’t feel strongly about him one way or another after this story.

Between TDKR & The Cult, which story do you feel was executed better?

Compared to Returns, I think that story is overall dumber, but has better highlight moments, so I’d say I average out to liking them both about equally.

Hey, where were you during the Batman Begins watch-along, anyway? I can’t be the only one there ridiculing it!

Quick plug for this Monday’s watch-along, where we’re watching The Good Nolan Bat-Film.

I’ll go for the middle position and say that it was an Alien Resurrection case, where the script and the direction went for noticeably different tones. (Not that BB is even close to as bad as AR.)