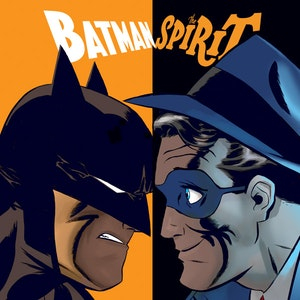 Howdy y’all and welcome to another instalment of The World of Bats book club! This week we’re gonna dive into 2 separate stories with a little elseworld spirit.

First, we’ll check out Batman/The Spirit by the late great Darwyn Cooke and Jeph Loeb. A slew of Batman and The Spirits rogues are one a plane to Hawaii and set in motions an evil plan. What does this mean for the officers who are there to hold a convention in the names of Commissioners Dolan and Gordan? Looks like Batman and The Spirit will have to team up to get to the bottom of this menacing plan in Batman/The Spirit!

Next…Have you ever wondered what it would look like if Bruce Wayne was the head of Arkham Asylum by day and the Batman by night? Well you’re in luck because your about to find out in The Batman of Arkham by Alan Grant and art by Enrique Alcatena. Let’s hope a certain clown doesn’t give him any problems.

Have you read these stories before? Let us know and share your thoughts below!

Have a great week and happy reading!

And as always, thanks for visiting The World of Bats!

Thanks for @AquamonC137 for the books this week! Please let us know what you guys think.

The crossover with the Spirit is pretty good, but it ends a tad abruptly. Still, the art is fantastic.

The Batman of Arkham is more of a disappointment. The setting leads to obvious comparisons with the superior Gotham by Gaslight, where the change in setting led to a vastly different story than what readers would get in an average issue. Here, it’s pretty much just Grant’s opening arc to Shadow of the Bat, but now in 1900. The highlight is the sympathetic portrayal of Killer Croc, which is fairly faithful to his origins and which would later be echoed in the second volume of Batman: Earth One. The main appeal of this comic is the art, which is admittedly splendid.

The art is one of the reasons I picked it and will be part of my focus this go around. I really wanted to do Batman Earth One but it’s not on here.

I’ve read Darwyn Cook on The Spirit before, but I’ve never read this crossover before. As usual, his art is absolutely fantastic. It’s sad we won’t ever see more works from him.

I enjoyed Batman of Arkham but have too agree it wasn’t the best thing to come out of Elseworlds. What I thought worked really well was how the panels are framed. Each page was unique and suited what was going on. I think the focus on this issue was the art, so the story was really secondary to that.

Oh, whoops, for some reason I kept skimming past this topic without realizing it’s our club. I think it’s because I keep scrolling past this cover and not clicking on it when I’m looking for stuff in the Comic Books section, so it’s muscle memory at this point. Promise I won’t miss this one this week.

It’s cool – you got plenty of time, still! 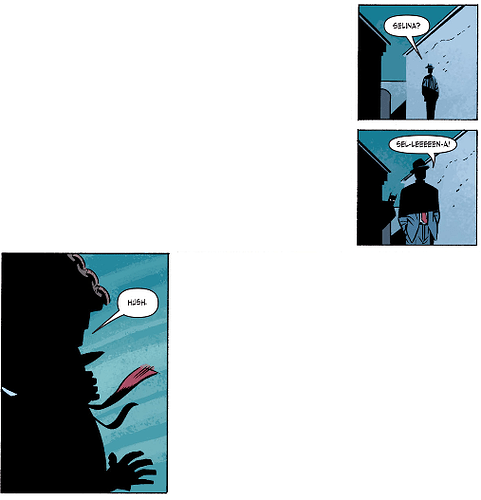 OK, just finished Batman/The Spirit. Had a great time reading it, but it didn’t make a bit of sense.

So, on the good end: It was fun from page to page, Darwyn Cooke’s art is wonderfully stylish and expressive, Batman and the Spirit had a great dynamic, and even though I’m not especially familiar with the Spirit’s rogues, the big team-up was interesting.

That said: This plot was clearly never outlined. Honestly, I’m not totally certain there was even any editing done. Why are the commissioners acting like the whole sequence was this big secret at the beginning when it was basically a normal supervillain plot? Why did they need to seduce Gordon other than cute symmetry? How and when did Robin replace the Ventriloquist? How did the Joker think he captured both Gordon and the Octopus (while replacing the former) when he actually only caught one of them? Why did Batman and the Spirit need to switch masks (Seriously, their plan would work the exact same way if they were exactly who they appeared to be)? Why did nobody ever question how the villains were returned to their Arkham cells when there’s absolutely no reason the fact that Superman did it needed to be a secret? I mean, cute cameo, but…

So, I used the word “cute” twice there, and I think that’s a good description. This crossover is cute and fun and harmless, but doesn’t really hold up under closer examination.

OK, just read Batman of Arkham. I’ve never liked Alan Grant’s Batman stuff and I still don’t. Like, alright, the concept was interesting and the art was nice, but they didn’t really do anything with either. It’s just typical Alan Grant wooden dialogue and preachiness. Bruce Wayne is nice to the patients and Jonathan Crane is eeeeeeeevil to the patients and so Bruce kicks him out. You’ve got Grant’s sympathetic take on Croc which is fine but doesn’t really accomplish much in this context, and there’s the stuff with the Joker which is nothing out of the ordinary for the character and mostly just serves to incapacitate Bruce for a week, and that’s it.

Rereading Batman/The Spirit, I have to agree with @BatJamags that while the plot is basically nonsensical, I still had fun with it. It felt like a fun golden/silver age romp with more modern sensibilities. 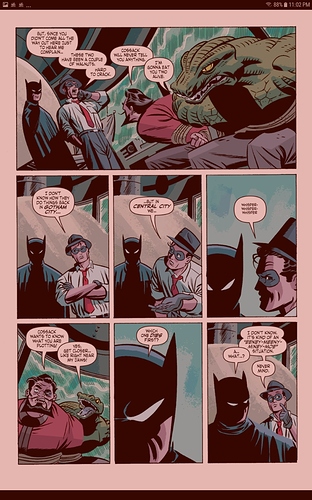 Yeah I know what y’all mean with the plot but I think that’s almost what Cooke was going for. We all know how he loved silver age stuff and it’s not like he can’t write, ya know. As for Batman of Arkham sorry if it doesn’t hold up. I haven’t read it yet

the art looked good and I just wanted to do a elseworld story that was on the shorter side. The elseworld selection is kinda slack and we just finished Halloween so I didn’t want to do Dracula or Masque. I figured we all have read In Darkest Knight.

I figured we all have read In Darkest Knight.

Uh, heh heh, yeah, I sure did read that probably…

YOU CAN’T PROVE ANYTHING!

I haven’t read a lot of the Batman elseworlds, actually. I’ve read Gotham By Gaslight, of course, and the ones in this week’s entry, but I haven’t read Red Rain or In Blackest Knight yet.

I’m not sure if Mike Barr was giving his old buddy Frank Miller a gentle ribbing with In Darkest Knight or simply thumbing his nose at readers who complained that Year Two wasn’t enough like Year One. Either way, it’s…um…an interesting spin on the final scene of Batman #404.

Anyway, I’m of the opinion that Gotham by Gaslight may have placed the bar a little too high for the poor Elseworlds stories that followed it. It’s nothing short of brilliant.

Now I’m even more curious to read In Darkest Knight!

Honestly, I’ve been reading enthusiastically but not for that long, so I’ve focused almost entirely on canon (at least as defined when it came out) material. Other than Kingdom Come and one or two stray what-ifs and crossovers, I’ve barely read any elseworlds.

I’ve never read In Darkest Night, either, maybe we should read that one soon.

Gotham by Gaslight was one I picked up way back when. That one’s great, better than the movie.