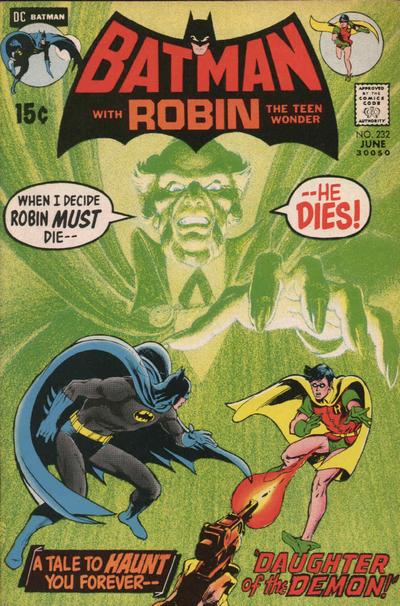 I’m back with more World of Bats Book Club, and this time we’re diving back into Batman’s Bronze Age adventures. And you’ve got a little extra time, because I missed the day I was actually supposed to post this. Hey, nobody’s perfect, right? Unlike the last couple installments, this isn’t quite so overwhelmingly dominated by Detective Comics. We’ve got a couple Batman issues, including Ra’s al Ghul’s first appearance in #232 and Two-Face’s return after an extended absence in #234!

Nice enough little mystery story. It’s funny seeing the way they expanded the Wayne family globally just do do this kind of cozy murder mystery in a creepy castle. I would be SHOCKED if these extended family members ever showed up again.

I found myself liking the Batgirl story more – while it should be illegal for Babs to not show off her awesome red hair, the hook of “wigs that KILL” is pretty fun and inventive.

I really enjoyed Daughter of the Demon, it’s a great Batman story. I almost want to say iconic. After reading it I decided to watch the adaptation of it for Batman: TAS, Demon’s Quest part 1; I found it interesting and fitting that Dennis O’Neill was credited as the writer. I don’t have anything deep to say about it, I just thought it was fun to see Batman travel the world using his detective skills, his mastery of disguise, and his combat prowess.

I’ve also found that I like this incarnation of Batman’s costume a lot. The blue cape and cowl to go with the yellow oval on his chest just scream classic Batman to me. Even though Batman existed for 30ish years before this book.

After reading it I decided to watch the adaptation of it for Batman: TAS, Demon’s Quest part 1; I found it interesting and fitting that Dennis O’Neill was credited as the writer.

I appreciate that even some of the sillier stuff from the comic made it into the episode.

I wanted to bring the Psychology of Supervillains watchalong of The Demon’s Quest to the attention of all the World of Bats folks in light of this week’s reading selections:

The WAL is for everybody so please join in the fun.

Batman 232 is the quintessential Batman story. It is what Batman stories should strive to be. Mostly detective work, picking up on clues so he knew Ra’s was behind it all. Not a lot of fighting and most is basically fighting goons.

It’s very grounded. Bronze Age Batman is by far the best. Dennis O’Neil, Neal Adams & Dick Giordano, for Batman story and art, it gets no better than that.

To start a villain that knows his identity from the very start. A masterful idea.

Dennis O’Neil passed away today. I struggle to think of something to say that properly encapsulates how talented, innovative, and influential he was. For the moment, I think it’s best to let his work speak for itself and keep this discussion open a while longer.

Sorry I wasn’t able to get to this through last week. I’ve had a tremendously awful week, and I’m going to try to get to this tomorrow evening or Tuesday morning. These are some of my favorite stories and want to get to read them again.

That’s totally fine – believe me, I’ve been there. I think we were thinking of extending this one due to the untimely passing of Denny O’Neil anyway.

I’m posting this here, since BTAS: The Demon’s Quest is based on Batman 232. Both the comic and the episode were written by Denny O’Neill. It provides a nice compare/contrast between the book and the episode. Enjoy. 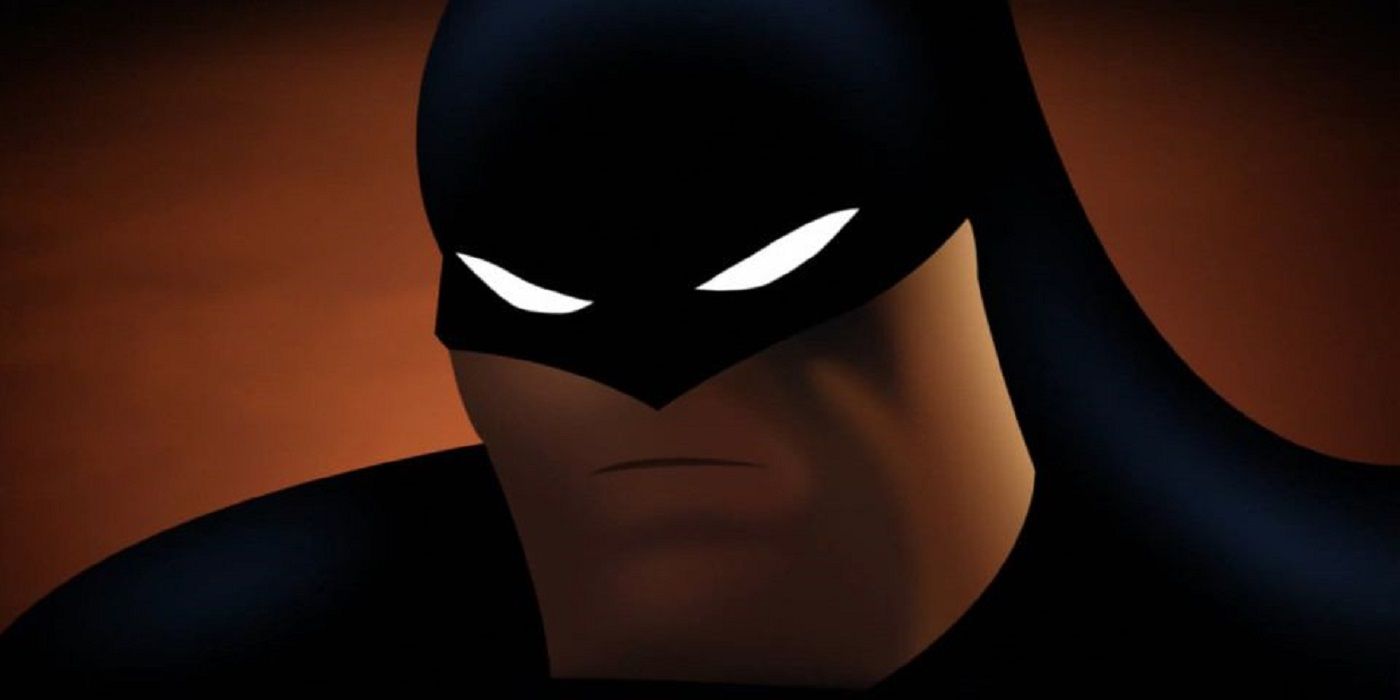 The Classic Foe Batman: The Animated Series Brought to the Mainstream

A classic Batman comic became a memorable episode of the animated series, even though the comic's cliffhanger needed to be addressed.

I was looking forward to reading these issues.

Detective Comics #412 - Legacy of Hate was a pretty good issue. I loved the Bob Brown art. Waynemoor Castle and Bruce’s need to see living relatives made for an interesting story. It felt like a little bit like a Scooby Doo story. The Don Heck Batgirl story had beautiful artwork. The story was kind of funny to me. A wig that squeezes your head until it cracked.

Detective Comics #413 - The Freak-Out at Phantom Hollow is another nice Bob Brown art issue. I like the feel of a Scooby Doo comic again. The Batgirl story ended pretty well. I have always liked Batgirl and Barbara Gordon. I feel she always had decent stories and characters introduced in the back-ups.

Detective Comics #414 - Legend of the Key Hook Lighthouse was a wonderful Denny O’Neil story. I thought he always wrote strong women. It was just a great one in done story. The Batgirl story was ok. I liked the other back-ups as well.

Detective Comics #415 - The stories were ok. There were some interesting back-ups.

Detective Comics #416 - I always like a Man Bat story. The Rex the Wonder Dog story was so good actually. It was a fun read. I like the idea of the Casebook Mystery stories.

Batman #232 - Daughter of the Demon is one of my favorite stories. I think it is so perfectly written. It really showed off the detective skills of Batman, and I liked how confident Ra’s Al Ghul is. I always thought Talia is such a great character too.

Batman #234 - Half an Evil is another great Denny O’Neil story. I liked how they brought back Two Face for the series. Neal Adams art is perfect for the mood of the story as well.

Batman #235 - Irv Novick’s art is definitely under appreciated. It is just beautifully drawn. I really think this issue showed how good of a character Talia could be. I liked that Batman and Ra’s have to work together. It was a great read.

I wonder what everyone thought of Frank Robbins illustrating his own story in 'Tec #416. I kinda like his art style, even if it’s drastically different than the Neal Adams work from earlier Man-Bat stories. 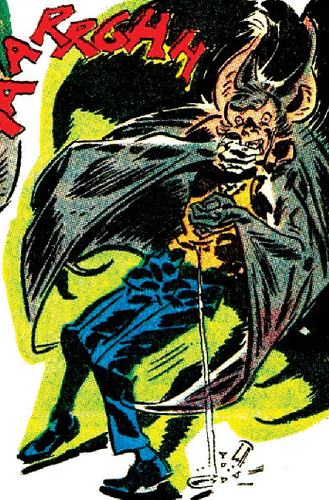 Having finished Detective #413-14, I’m noticing that around this time it seems like DC was distinguishing the book from the regular Batman title by having it take a more supernatural bent, sometimes implying it’s real, other times going with a more Scooby Doo style reveal at the end.

I’ll catch up yet!