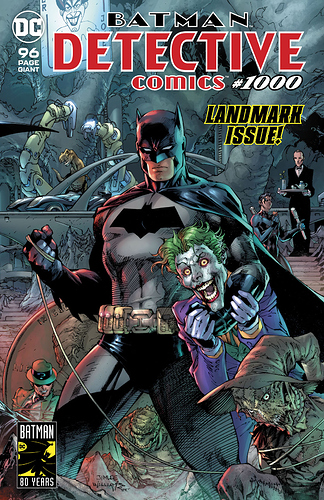 image1072×1650 1.25 MB
Howdy y’all and welcome to the World of Bats one year celebration. We’re gonna cover Detective Comics #1000, but lets have a bit of a free for all. Share your favorite:
Batman story we’ve covered this last year, ones you’d like us to covered in the year to come.
Previous Issues from WoBs can be found on our Club page Here!
Batman: His Dark Designs-what did y’all think?
Art: Covers/Panels/ Fan pics.
Batman Collection: Comics/art/Figs/& everything in between!

This adventure all started one night after recording an eps. for The Fans of DC Universes podcast, created by @Nathan.Payson . @Don-El a fellow co-creator of our little Superman Fan Club and I were discussing what we had been reading on the DCU app. I had mentioned that I had recently finished reading Legends of the Dark Knight: Shaman and that I was thinking about starting a Batman book club. The following day I posted the first WoB’s thread and soon as I did I saw that two other fellow community members had been discussing the idea of starting a Batman book club. Not wanting to step on anyone’s toes and knowing three heads were better than one, we all decided to team up and have a monthly rotation. And so began this unique club hosted by @Jay_Kay, @BatJamags, & myself. Soon followed @nu52’s World of Wonder, and the DCU book club Trinity was complete.

This last year has been such fun and thanks to all that have joined in. This will be my last time hosting a WoBs event. I feel I’ve had a good run and it’s time for me to step down.
To @AlexanderKnox, @ralphsix, @BatJamags, & @Jay_Kay, without y’all this experience and WoBs would not have been they same, thank you so much.

Congratulations on one year of [World of Bats]!

One Year Anniversary! I think you know what that means… 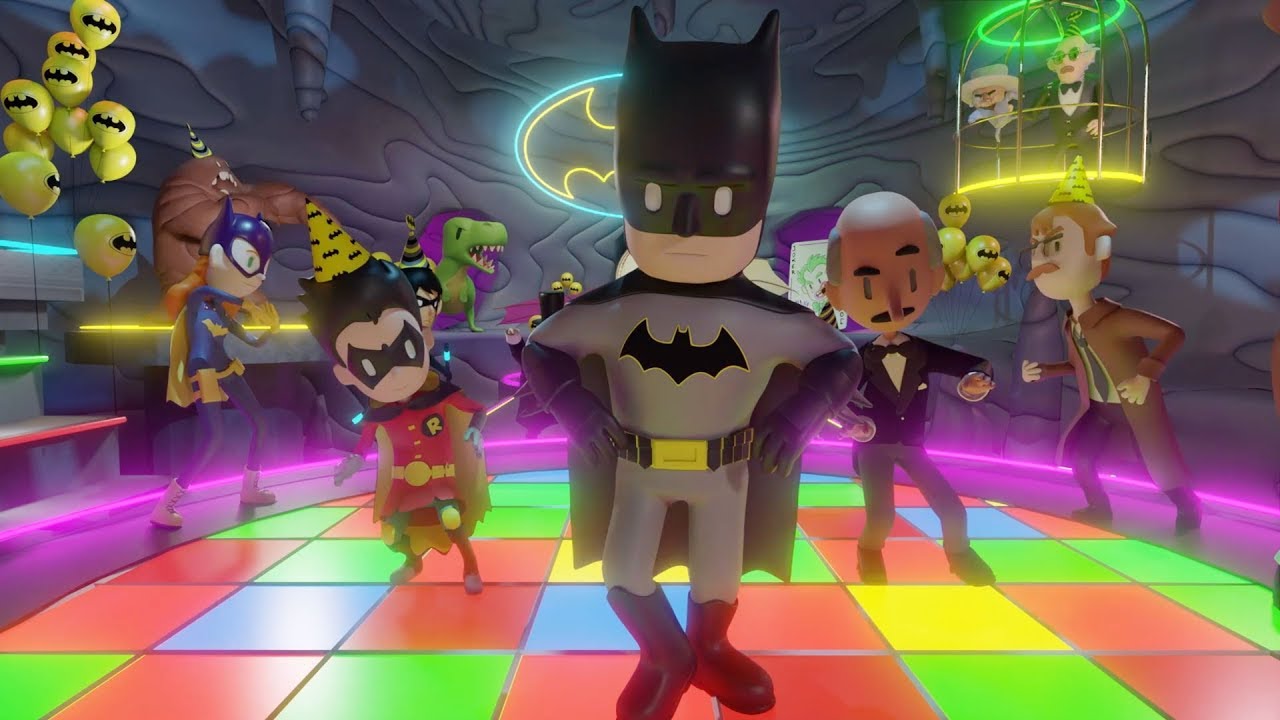 Oh dude I loved that!

They did a good job with the rouges gallery as well.

Okay, I suppose I’ll be going through this one story-by-story…

I’ll look back at the rest later.

That is kind of funny. Like, it’s not like Bruce is some nobody, pretty much all of them have worked with him in the past. Surely they don’t need to create this elaborate scheme to induct him into the club. And think of how many other crimes Bruce could have been solving during this time!

Though I suppose the point was that if they just snuck an invite into Bruce’s inbox, it wouldn’t have been as satisfying; that Bruce, like the others, live for the thrill of chase in solving a mystery.

But hey, you can never go wrong with Greg Capullo drawing Batman.

It’s perhaps a little too on-the-nose.

Batman’s Longest Case:
Just why? It just seemed like a pointless story to have in #1000.
Hawkman-“What the hell took you so long-Pal?”
Batman- “Shut up Carter”

Manufacture For Use:
I really like this story, which was surprising to me because I don’t really care for Smiths comic work all to much (I like quite a few of his movies though and him overall as a pop culture personality). If I had to nit pick anything it would just be that last line “and that is justice” IDK what I would have put but that just felt weak/cheesy I guess.

The Legend of Knute Brody:
I liked this one. It felt like it could have been an eps. from B:TAS to me. I remember back when reading this one thinking this guy was a Matches Malone character before getting to the end. It was funny.

The Batman’s Design:
I don’t want to rip into this too much, probably the worst one for me. Yeah just no thank you.

Return to Crime Alley:
Oh man it was hard going back and reading this. I can’t believe we’ll never get another Batman story from him. This was a great call back to his work, just bravo Denny!

Heretic:
Another good one but dang I wish they would have had Adams team up with O’Neil for #1000. Always enjoy his art though and a story with Bats and the league.

I Know:
It was okay. I enjoyed the Burton DeVito throw back.

The Last Crime in Gotham:
I love Johns work, always have. It would have been nice to have had him team up with Frank for the art, Jones is good though. Am I wrong in assuming this is taking place in his Earth One time line? On that note does anyone feel like they may be pulling from EO story a bit for the Reeves Batman movie? I know there’s been talk of it being based on The Long Halloween and that it will be showcaseing his detective skills. But given the little we know and have see thus far, it kinda gives me EO vibes just a bit. Change his lack of detective skills and clearly giving Catwoman a bigger role and it kinda seems possible. The cast we know of is the Penguin, Riddler, Catwoman, & Alfred. Serkis as Alfred, Farrell giving a gangster vibe to penguin and whatever that kids name who is playing the Riddler kinda fits the look of those characters. Plus that Batmoblie is a muscle car kinda like how the people at Wayne were making Bruce for racing. IDK I haven’t seen anyone considering the possibility that they may be taking bits from EO story and thought it was interesting. I mean just switch Bruce doing the detective work without Gordon hunting down the Riddler after taking out the Penguin and maybe having Catwoman helping him instead, seems possible given the cast. I get they may also still be doing TLH story and cutting down the rouges due to run time as well.

Anywho I liked this story but was sad also LOL.

The Precedent:
Good story and thank goodness for Tynion LOL. Tomasi and his run on DC helped me get through Kings Batman run LOL.

Batman’s Greatest Case:
Well for the Class act that is Mr. King LOL this was not bad. His stuff is so hit or miss with me. I can appreciate the premise of his stories and what he’s trying to do but like with Bendis, I just can’t take their dialog most of the time. This story was good though and I liked all the back and forth between the batfam.

Medieval:
I liked it and really enjoyed this story in DC. I feel like she was a great character. The only part of that story I didn’t care for was part of the end. I mean Arkham dude just tell her it wasn’t batman! She could still have felt that Bats way of doing things was wrong and gone about her crusade I feel. IDK it just seemed like Tomasi took a bit of a holiday with the ending on that one and made her a typical “Blind with rage and can’t accept the truth” character. great premise though.

First time drawing Batman. From one of the art club challenges a little while back. Had gotten burned out by the time I got to the cape and just threw a bunch of lines on it 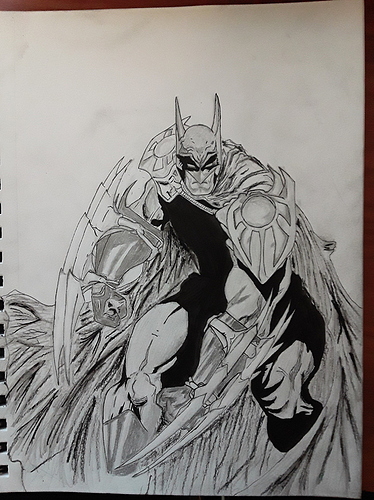 Y’all know which comic story this is from?

Anyone else have some Batman doodles?

Happy 1-year, World of Bats! And though I didn’t take part (spoilers

), with your enthusiasm and cheerfulness, I bet you made your turns at it a blast, @AquamonC137

I don’t have any solo Batman to share, so I cropped him out of a collage I did for the community’s 1-year anniversary.

Spied on a specific DC artist for reference. See if you can tell which.

Oh I love that piece. It’s a take on Michelangelo’s Creation of Eve yes?

yes! you’ve got a good memory

I would love to share my entry to the FanDome contest right now here. It is a Batman vs Batman who laughs piece. After it is over, I will definitely share it here!

This is so awesome. Love looking at it!

Hi there! Here is a painting of Batman I did. Adding the dots took foreverrrrrr! Happy one year anniversary World of Bats! To many more!! 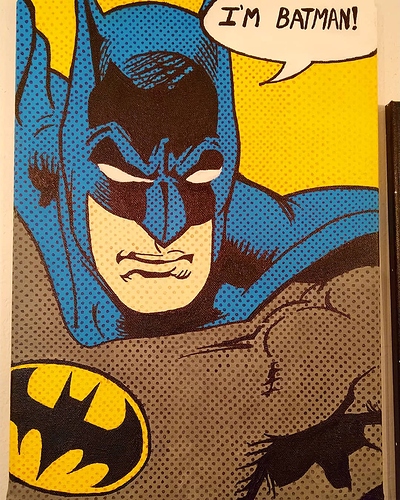 Oh Good Luck! can’t wait to see it.
Thanks, the claws were a pain to get right for some reason.

Wow! yeah I bet that did take forever! Thanks for sharing this, it looks great. Did you use a grid outline or was it free hand?