This is another Casefile, a month-long deep dive into stories that would take longer than a week to do. While the month of October will be focused on video game tie-in comics in anticipation to the upcoming video game Gotham Knights…I had to add a little Spooky in there. So let’s look at the twelve issue maxi-series Batman: Gotham After Midnight, written by Steve Niles and drawn by Kelley Jones. 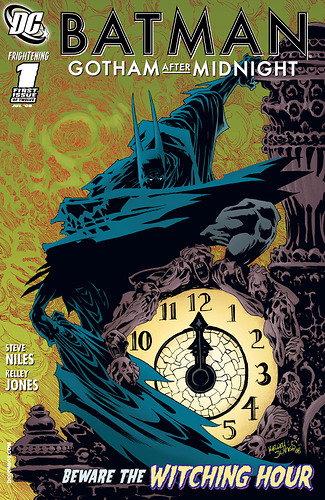 When the full moon rises and casts its eerie glow over the land, the creatures of the night come out to hunt and feast and prey on the innocent citizens of Gotham City, and only one man stands in their way: the Batman. These are the bizarre and frightening case files of the Dark Knight Detective, featuring grave-robbers, men making monsters, night terrors and the debut of an all-new moonlight monster known only as Midnight. 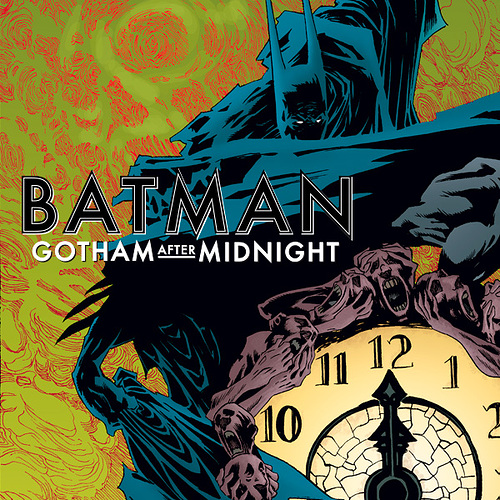 Batman takes on some of Gotham’s most grotesque villains, from monsters to grave robbers.

Looking forward to reading this book with you all!

Read this one as it came out, and it was good.

Should this be adapted into a movie (and keep Jones’ art style, of course), I would absolutely check it out. I used to dislike Jones’ style when I was a kid, but as I got older, I came to like it a lot more.

I used to dislike Jones’ style when I was a kid, but as I got older, I came to like it a lot more.

Same here – I think the problem was when I was first introduced to Jones work, it was in stuff like the Contagon crossover, and seeing the art go from more traditional styles like Mike Wieringo, Graham Nolan or Dick Giordano to Kelley Jones is some massive whiplash. But when he’s the sole storyteller and you have a writer who works with that kind of style, I think it works.

Funnily enough, I’m also reading that Swamp Thing mini for House of Horror. Also, if you’re curious, we did cover Kings of Fear a couple of years ago.

[image] Hello again to another spooktacular installment of the World of Bats, the Batman Book Club! That’s right, it’s the month of October, so this month we’re going to go into some of the more chilling, horrifying parts of the Batman mythos. So what better place to start than with one of Batman’s most iconic members of the Rogues, the Scarecrow? With that in mind, this week’s reading will be the recent six-part mini-series Batman: Kings of Fear! Legendary artist Kelley Jones makes his tri…

I think the problem was when I was first introduced to Jones work, it was in stuff like the Contagon crossover, and seeing the art go from more traditional styles like Mike Wieringo, Graham Nolan or Dick Giordano to Kelley Jones is some massive whiplash.

I first came across Jones’ Batman on the back cover of an action figure collecting magazine (don’t remember the name, but it wasn’t one of my usual figure mags) that was advertising something Batman-related (not toys; maybe…trading cards?

I don’t remember, offhand) and I thought “Why the hell (12-year-old me had a mouth when in private

) does Batman have ears that long and a cape that massive? How’s he going to easily move around and sit in the Batmobile?”.

I didn’t start to develop a steadfast fondness for Jones’ Batman until I was in my teens and was broadening my Bat-art horizons. Batman: Haunted Gotham also helped, as that was the first Jones work I bought as it was published.

Wunderbar! First time, or a re-read?

I think Swamp Thing would have got more overall attention if it had come out a year or two prior to Rebirth, as that began near the series’ end, and seemed to unintentionally cause some titles not part of Rebirth (such as Swamp Thing) to fall between the cracks as it unspooled.

I’m a few issues in, this is the first time I’m reading this, and I think Jones’ art is great. It sets the perfect atmosphere and really works well with the story so far.

I don’t think I realized that Batman faking his death was such a common plot choice. Seems like I’ve read it a few times recently. Not that I mind it, just seems odd

The Clayface kaiju battle was an unexpected bit of fun

Yeah, the stuff with Clayface was super fun, easily my favorite moment of the book so far. I love the weird, steampunk-like vibe that Kelly does with his Batman gadgets.

One thing I’ve noticed reading this that I haven’t noticed in other comics before is how Batman appears to be larger than Bruce Wayne. Not sure if it’s intentional to imply that Batman is the bigger part of his personality or if it just looks cool artistically. These are a couple of panels using Lieutenant Clark as comparison. (I guess they also show that this comic is doing the “gruff lady cop is secretly sexy” trope.) 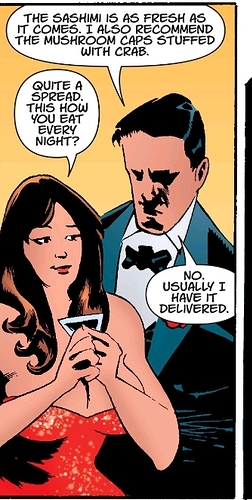 I really enjoyed this book. The art and story work together perfectly. The Midnight Reveal took me by surprise

Glad to hear it! I agree, it was a good creative team vibing at their best. The reveal was surprising to me too, though after reading I did think, “Wow, these guys basically just took Hush and mixed it in with Mask of the Phantasm.” Not necessarily a bad thing, mind. It does make me wonder if Midnight has ever been seen again. I doubt this was written to have any real continuity in mind.

This story does have one of my new favorite ideas about the character, that he actually likes Halloween because he can be among the people and not stand out. That’s a cute detail – it’s humanizing, but still keeps him as much as the costumed weirdo we know and love, if that makes sense. 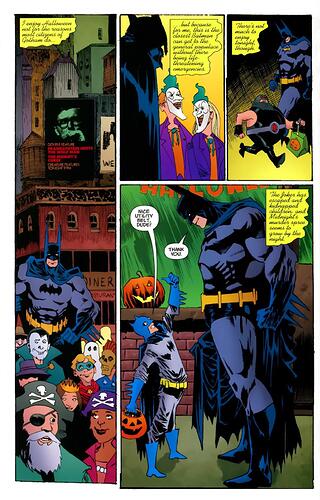