[World of Bats] The Search and The Crusade Begins in KNIGHTQUEST! 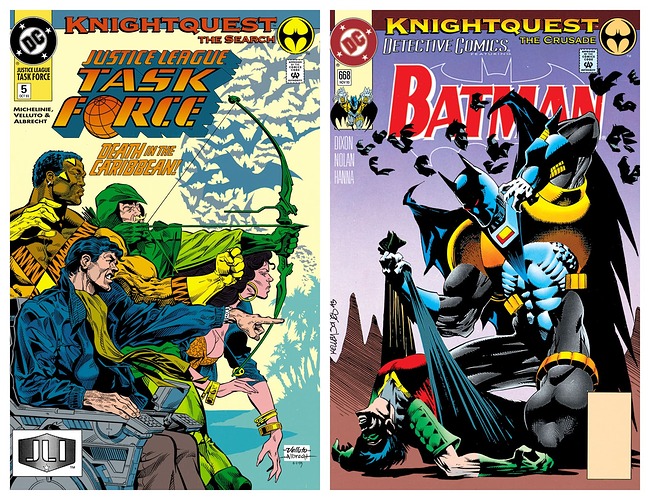 This week we will be continuing our trek through the biggest Batman event of the nineties as it shifts from Knightfall to Knightquest! This era splits into two separate storylines and we will be starting both today. So let us look at the issues:

Oh, wait: there was one moment I liked in these issues. What was it, again? 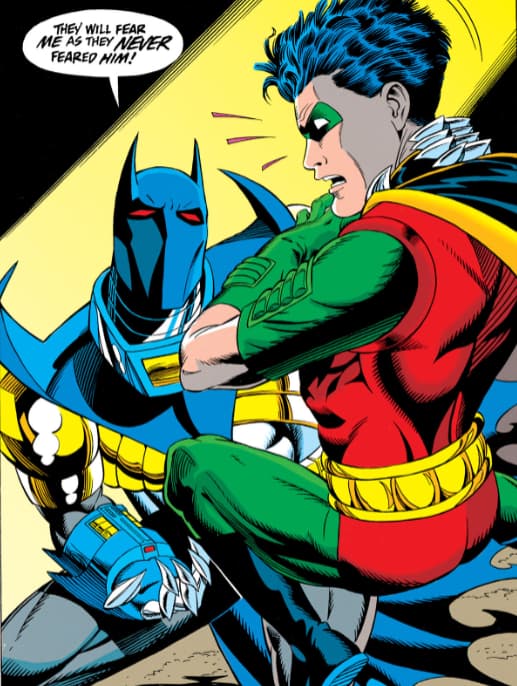 Time for me to break out my newest action figure!

Also, my regular plug for the BBC radio adaptation of Knightfall - it’s amazing!

That program has been uploaded to YouTube a few times: 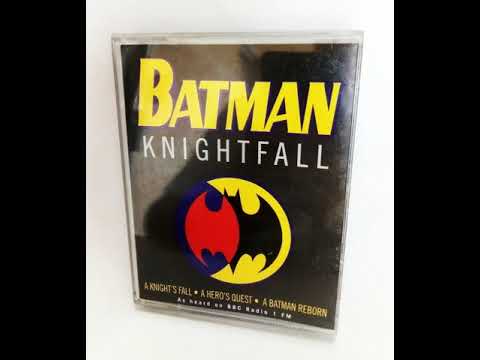 The coolest thing is that Michael Gough plays Alfred.

There are so many cool things! I really love how Dirk Maggs managed to really condense and dramatize the characters and the emotions - even more impressive if you know that it was originally cut into 3 minute pieces!

The Whole Nightfall Story Line Gave Me Nightmares!
Very Well Written and Thought Out!
Bane Breaking Batman’s Back and Sticking Him In A Wheel Chair!

I, Had Dreams of Batman and Superman In a Old folks Home In Wheel Chairs!
After Their Battles with Bane and Dooomsday!
Very scary Thoughts!
Two of Them Would End Up Like This!

Jean Paul Valley Going Insane!
Believing He is Batman or A Better Batman Than Buce Wayne!
We Could Discuss the Knight Trilogy Forever!

I’m Glad That Bruce Wayne Kicked Jean Paul Valley Out of the Bat Cave and Re Took Control of the Batman Legacy!

I was just about to search for this on Audible, so thanks for the free link!

As far as I can tell, it’s not currently being distributed

But I hope you enjoy it!

This storyline happened after I got away from comics, so I haven’t read this before. Looks like Bruce made a poor choice of replacement while he is healing up. Was it explained in Knightfall why he didn’t ask Dick to be Batman? Azrael is definitely not mentally ready for this. I didn’t find the art in any of these issues very appealing. Not my style at all.

He always says “Dick is his own man”, but the real reason is that O’Neil was working hard to get Dick back from the Titans editorial.

I think there is a specific scene where Dick asks him that in Prodigal, which happens shortly after this saga and we’ll probably be covering that too…

Hello!! I’m new to the fan club (and relatively new to comics, I only got into them in 2020), I was wondering how much background on Knightfall we need to understand Knightquest? I think I know the gist of it and I’ve read the entire Robin (1993) series so I inferred a little bit from there, but will I be like reaaaally confused unless I read Knightfall first? (Edit: To clarify I do intend to read Knightfall eventually because everyone says it’s really good, but I was wondering how important it is to read it in order haha)

I’d argue that it’s more important to be familiar with the one-shot Sword of Azrael than with Knightfall if you’re reading Knightquest.

An excellent point! (And why they included Sword of Azrael in the radio drama! Plus it’s a really cool little adventure!)

First off, welcome to the group! I hope you enjoy it here and we can point you to some great Bat stories.

I think most books in this era does a good job of giving people the gist of what they need to know before coming in, but you’ll definitely benefit from reading what came previously.

When you start reading, you’re more than welcome to share your thoughts in our previous threads!

Greetings, Bat-Fans! I’m like an entire day late! Yeah, some stuff came up yesterday and I forgot I had to get this put up, so, hope you enjoy my last-minute picks. I’m figuring that for my months on the club, I’ll alternate between themed oneshot selections like last time and a slow crawl through the Knightfall Saga, probably going on to some of the lesser-known crossovers if and when we get done with that. Our selections for this week are: Batman: Sword of Azrael #1-4 Batman: Vengeance of …

Greetings, Bat-Fans! For my last week on the job before Jay_Kay takes over, we’ll be looking at the last few issues before the Knightfall story arc. Our selections for this week are (attempting to stick them in a fairly coherent reading order; sorry if I fail to do so): -OPTIONAL: Detective Comics #654-656 (Largely irrelevant, but if you’re feeling completionist, Bane and his henchmen cameo at the end of #656, so it’s technically part of the Knightfall lead-in) -Batman #488-490 -Detective C…

[image] Welcome everyone to the World of Bats, the Batman Book Club! This week we’re going to continue the trek through the famous 90s event Knightfall. The Dark Knight has been through the ringer trying to stop all the villains that have escaped Arkham Asylum, but when he finally confronts the man who has orchestrated it all, will Batman have anything left in him to stop Bane? Here are the six issues:

Welcome to the World of Bats, the Batman Book Club! There won’t be an immediate theme for this month of November. Instead, we’re going to catch up on some runs and events that we’ve been reading through in the past! So we’re going to start with one of the longest delayed and one of the most influential Batman events, Knightfall! [image] Here are the issues that we’ll be reading: Showcase '93 #7 (First Story) Showcase '93 #8 (First Story) Batman #498 Batman: Shadow of the Bat #16 Batman:…

Ahh, I see! Thanks so much!! I’ll def have to catch up haha

I found myself more interested in what Bruce Wayne was doing in these issues than what Jean-Paul was up to.

Tallyman was fairly interesting. This seems like it’s probably his last appearance, though