House of Horror 50 - World Without End 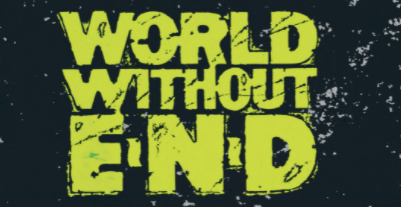 Halloween might have passed but we are continuing our exploration of comic horrors! Before we get into the books we are reading this week, @LaserPuff and I would like to welcome our newest members @jayspice777.13160 and @scoop001. I hope you enjoy your stay in House of Horror!

This week we are dipping our toes in the first 4 issues of a comic series called World Without End. This is a 6 issue mini-series and the last 2 books have not been added to DCUI…yet. This series was written by Hellblazer writer Jamie Delano. I also want to add that rating is 12+ on DCUI but the cover says “Suggested for mature readers”. I would say this isn’t for the kiddos. On top of that, we are continuing our journey into the twisted world of Soul Plumber with the second issue. 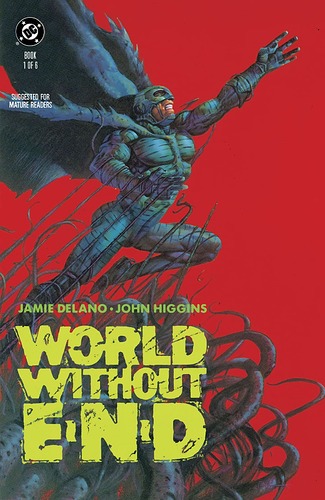 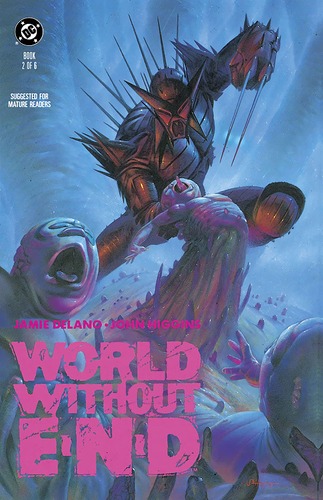 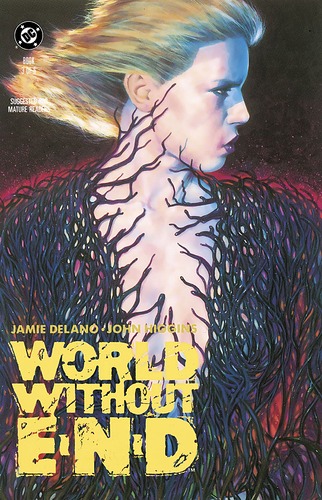 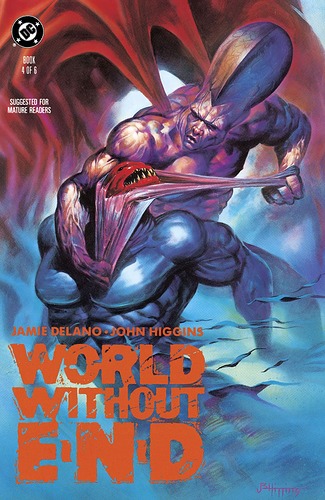 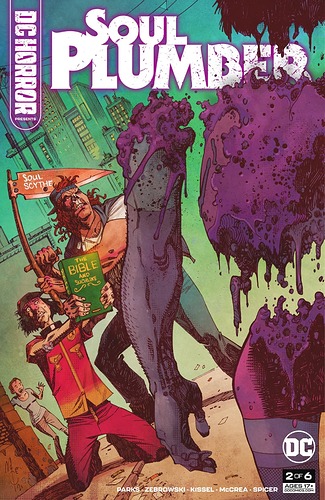 Don’t forget to let us know what you think of this week’s books! 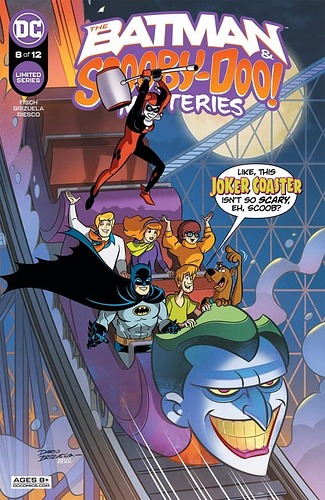 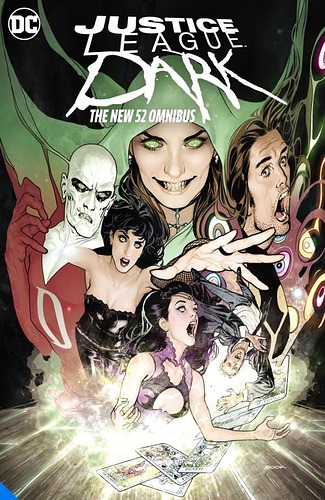 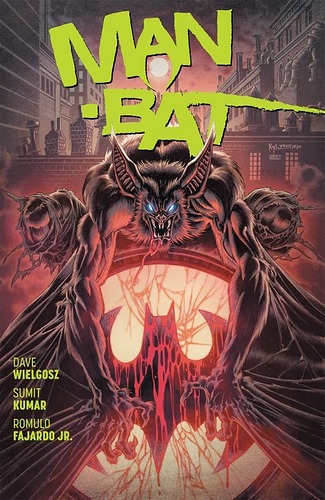 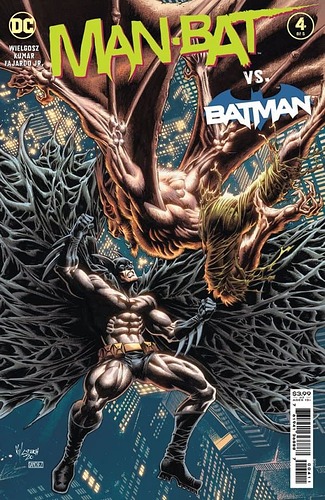 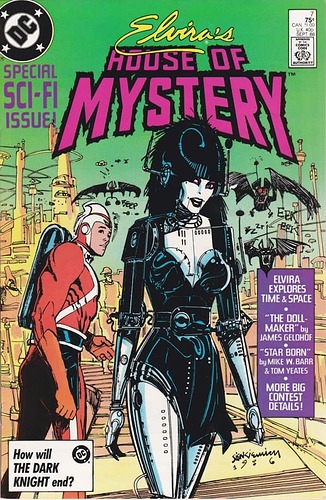 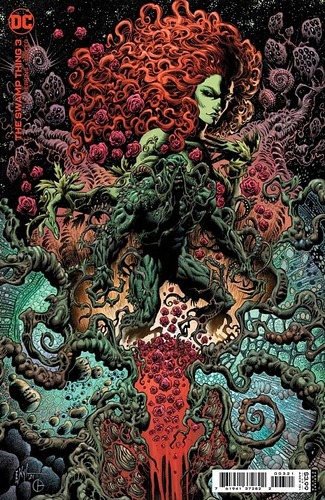 Have you actually read World Without End before?

No I haven’t actually. I just poked #2 & checked none read? When did that drop w/o a notice? Oh well doesn’t matter I’m reading today. Just woke up.

I am not sure. Maybe in the big DCUI conversion?

I’m reading today. I just told my sister she can stop by if she wants but I’m watching & reading DC today for my birthday lol. I thought both of my sisters and bro in law, parents were coming. I just found out it was just gonna be my one sister b/c it’s my actual bday today & she was coming for that reason. I said, I’d honestly just rather do my own thing & she’s a teacher so I said just get thru the work week, we can celebrate it anytime this week next week idc.

I have to say I don’t really like World Without End. The writing in the first issue especially needed some editing as it was unnecessarily complex. I also didn’t care for the art. Soul Plumber is better as far as the story goes, but I liked the art even less. Oh well, not everything is for everyone.

I have to say I don’t really like World Without End.

I still have to read this. I am in the middle of a huge Doctor Who binge and trying to read something is kind of hard when The Doctor is chasing a Dalek or in a heated battle with The Master on my tv screen.

Oddly, one of the reasons we picked this books was because of the art we saw when we flipped through a few of the pages. Of course, that doesn’t mean everyone will like what we like. Hopefully, you will dig next week’s selection a little more!

Haha ty @LaserPuff thats perfect b/c I literally have 0 concept of time. I say that all the time. I never know what month it is, I’ll tell a story & say I was 7 & my mom will say- you were 15 when that happened- I’m like, we’ll I guess it’s all the same to me? lol ty tho!!!

I’m kind of like that too. Not till a couple years ago I never knew when holidays were.

Idk my months in orders & I literally can’t learn them. It’s an actual thing, my friend from grade school has it too. No awareness of time, or how it works. Just show up when I’m told leave when I’m told. Idk what this time thing they speak of is?

Hey happy belated birthday, yesterday was mine too!

Agreed, I think it’s a little too ~grotesque~ for me. I just got through the first issue. I really like some of the art, especially the landscape type panels right at the beginning. But agreed the writing is hard to follow sometimes, I think they’re leaning too hard into whatever this world is. Maybe it’s just not my type of thing. It feels a little outdated too, mainly because the plot being explained at the end of the first issue as the “final battle in the sex war”. Gonna keep reading and see how I feel by the end. 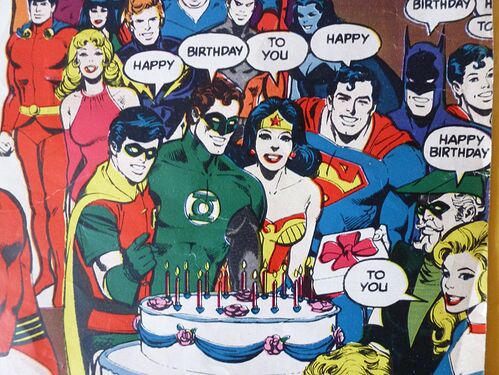 World Without End is maybe the most controversial book we have covered in HoH. I did mention that we chose this book based on some of the art that we saw. I do enjoy most of the art, which is a good thing because I lost track/interest of the story around the time a new language was introduced. I had to laugh that they included a key for the new language at the BACK of the comic. Really?!?!?! Of course, by then my interest just wasn’t there.

Do these characters have names? Sure, there is Wingman Url and Brother Bones. Once again, thankfully the art is enjoyable…for the most part. Even if I am using the artwork as the consolation prize, some of it just blah. There was a comic put out by Valiant Comics in the mid-90s written by Garth Ennis called Shadowman. Anyway, the story was okay but the art was overly edgy in that only could have happened in the 90s type of way. In many ways, the art in this book has that vibe but is at least somewhat decipherable. Still, as the books went on, the art went down in quality. Some pages were better than the others but that doesn’t mean it was great by the end of book 4.

So yeah, this was a solid 1.25 out of 5 star comic. It is rare for a comic to get that kind of rating from me. It should also be noted that there was a collection released somewhat recently and it wasn’t released by DC but by Dover Publications. They are a small publisher who has 12 titles listed on leagueofcomicgeeks.com.

Thankfully, we had Soul Plumber 2 this week. This comic keeps getting weirder and weirder and I am enjoying it. This has a direct-to-video 80s horror flick vibes and I am here for it. Edgar Wiggins is a character that I want to see more of and I was happy to see Elk show up again. Then there is Blorp and I don’t want to say too much more about it before I begin to spoil things.

I literally have 0 concept of time. I say that all the time.

I lost track/interest of the story around the time a new language was introduced.

Same here, it’s not fun to have to read one speech bubble for like 5 minutes trying to make sure you deciphered it correctly for the plot to make sense. Did they really need to do this? We were clearly already in a different world than our own haha. It’s almost infuriating having to get through Brother Bones’ pages.