House of Horror 67 - The Nice House On The Lake 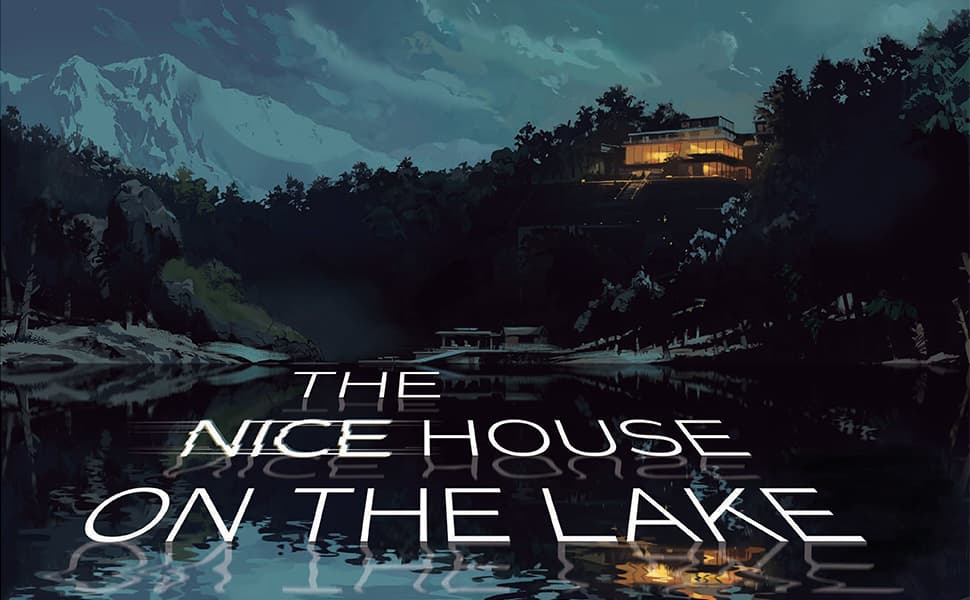 Long time no see! We have been cooking up some upcoming fun things, including even a possible watch-a-long! I don’t want to spoil too much as we are still nailing everything down but I will say it is a classic horror movie! On top of that, @LaserPuff and I are slowly getting our stuff together as we find some out-of-the-box books that I love.

Upon our return, we will read the first 6 issues of The Nice House On The Lake! This isn’t exactly for the kiddos, so you have been warned and stuff. If you haven’t read this series, you are in for a mind-bending experience that only James Tynion IV could weave. 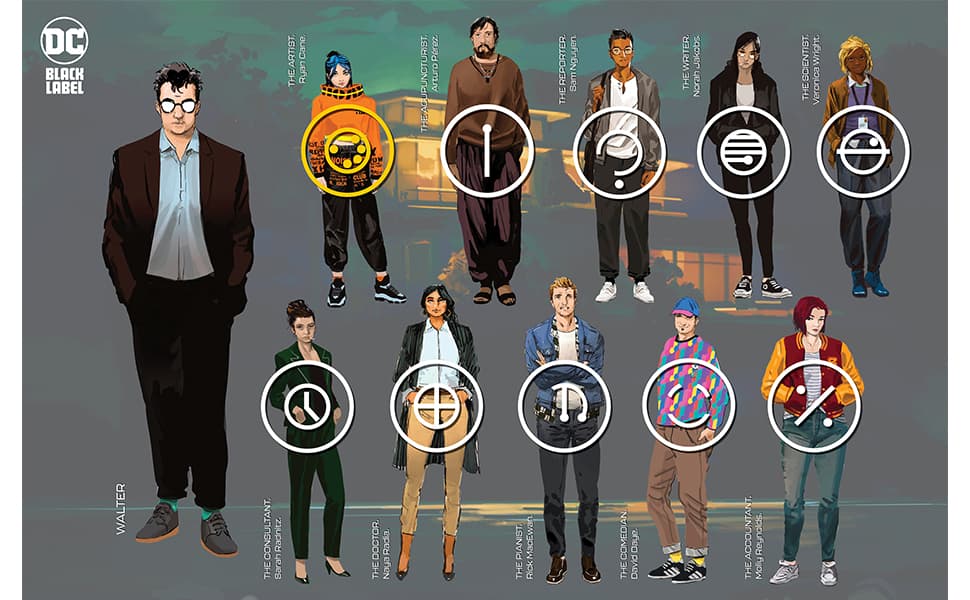 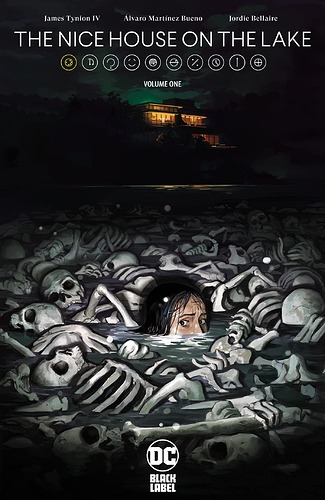 Don’t forget to let us know your thoughts! Would you trust Walter?

Are you looking forward to new horror comics from DC? Of course, you are! 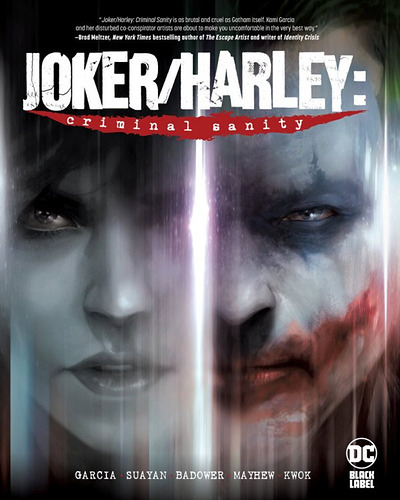 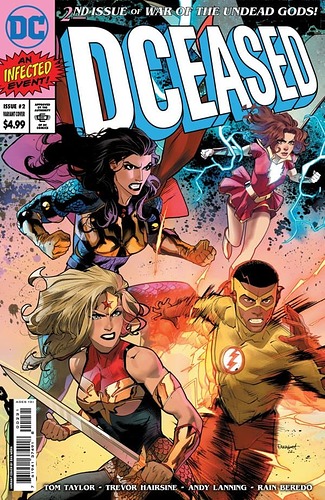 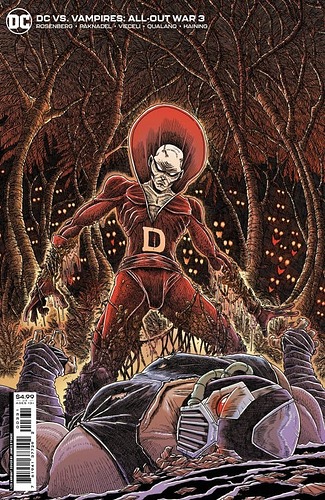 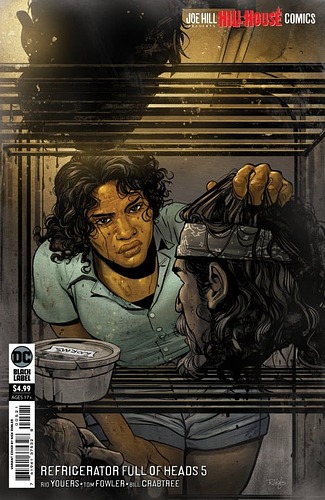 Do you like horror movies? Do you wanna talk about horror with others here at DC Community? Click I WANT TO TALK HORROR MOVIES!!!

Agreed, he is one of the more relatable characters in comics. He is likable with a twisted agenda, but definitely relatable.

I only read an issue or two of it when it came out, but always wanted to get back to it. Hopefully this will get me off my duff and do it!

I remember the first issue has one of the more horrifying pages I’ve read in any horror comic. I think it especially worked because it felt true to what everyone was going through at the time. I’m curious if anyone else knows what I’m talking about when they read it.

I haven’t done the re-read yet, been trying to organize my collection which is a complete mess of unbagged/boarded comics. However, I know exactly what you are talking about and I agree, that was one of the more horrifying scenes in any comic book that I have ever read. It is etched in my brain in the same way that Caprica 6 kills the baby in Battlestar Galactica: The Miniseries in one of the opening scenes.

I’ve only read issue 1 thus far and it was creepy as hell. I kept being afraid of my skin melting off. Plan to continue it tonight.

You found the scene that @Jay_Kay was referring to! That is definitely a scene that will scare you.

I’ve read 6 of the 7 issues that are currently available and w/o spoilers (until more weigh in) I like it. Its a mix of creepy, gross, and mysterious. Its a very good read. Will read 7 soon and can’t wait for the other 5 issues to be added!

So I was planning on just reading the first issue yesterday, but I kinda ended up reading all six issues in almost one sitting.

Great stuff – even after the initial set-up and its horrifying “doomscrolling” page, there’s a lot of suspense, dread and horror permeating the pages. The revelation in issue 4 as well as the sequences leading up to it stands out in particular.

Another thing I noticed was I think a possibly unlikely inspiration for the book in terms of how it’s presented in the Krakoa era of X-Men. Both this series and those line of books features a mix of traditional sequential storytelling and use of other media, like transcripts, looking at journals and notes, that kind of thing. It tracks since Tynion has said he’s a big X-Men fan and even wrote his Detective Comics run like one.

(As an aside, I bet if/when he’s done with all his Substack work, the next Big Two work Tynion does is some sort of X-Book. I know I’d read the hell out of that.)

Speaking of Detective Comics, Tynion brings in one of his most consistent collaborators on that run, Álvaro Martínez Bueno. I really liked his art back in Detective Comics, but he’s definitely stepped up his game for Nice House. Some of it might be because of Jodie Bellaire’s colors (I don’t remember if she was involved in the Detective Comics run or not), but there definitely feels like a darker, more painterly vibe to Bueno’s art. Some of it even gives me a bit of a Sienkiewicz vibe without feeling like a copy. I get the feeling that Bueno is going to be a hot get in the comics world after this book is finished.

I just finished issue 6 and I just have to say Imma need a minute to process what I just read. I read issues 1 and 2 last night and read 3-6 tonight. WTF, did I just read. Most honest response I can give for now.

I finally feel up to discussing this. This was the absolutely weirdest thing that I have read so far on DCUI. Almost worried it put me on some list

The first thing, I loved the artwork, but I found that it contributed also to my chief complaint with the issues. I had trouble being able to tell who was supposed to be who. A couple of the characters are drawn very similarly and found myself struggling with that throughout the 6 issues. There were moments that I didn’t care though because wow! This artwork is amazing. Words cannot do it justice, that is how good it is.

The story is so strange and the thread throughout of the end of the world being pretty much asked to each character was a layer that added to this. I found myself still questioning why these people? I consistently questioned something that comes up within issue 7 shockingly. I won’t mention it here since everyone may continue on with the next issue. I will say that it is directly related to Ryan.

My feelings about Walter is that he is one of the strangest characters ever. I don’t know if I can say he is truly a villain or not at this point. This is because some elements of the plot are still unknown. He could be a hero in some regards, if the entire earth is actually and really destroyed. He saved his friends, so maybe he did this as a favor to them. Though this is discussed within these issues. I am still a bit on the fence about which direction I feel he is. I can identify with someone that wants his friends to survive something so catastrophic that I may not have thought about the consequences or their feelings either. But the fact that he is an alien causes a lot of this to be suspect..

I know that the entire series is not officially completed, so I may have to actually get this and read it as the rest of the issues are completed. It was actually that good. I am interested in understanding the characters better and understanding Walter’s motives as well. This is something I would love to see go on for a lot longer than it probably will. It doesn’t feel completely fleshed out as it is in these 6 issues. It also felt a bit rushed when they found Reg in issue 6. There is so much still to be uncovered. I can’t wait to read more than I already have, but I will probably have to take a few days to think about them as well. Thanks for the great read of a book, I probably wouldn’t have read without a bit of prompting.

I don’t know if I can say he is truly a villain or not at this point. This is because some elements of the plot are still unknown.

This is a question I have had the entire series and am caught up to the most recent issue released in stores. His motives seem sincere and sinister at the same time.

A couple of the characters are drawn very similarly and found myself struggling with that throughout the 6 issues.

I am the same way, then when they use the symbols for the names, I am completely lost. Some characters I have come to recognize by location, which sounds weird but makes sense to me.

if the entire earth is actually and really destroyed.

This is a great question. Another theory that I have, his alien race destroyed Earth. He was an agent to scout the planet and became connected to people that he shouldn’t have.

Thanks for the great read of a book, I probably wouldn’t have read without a bit of prompting.

I am very happy that you are enjoying this series!

I love this description! It perfectly defines that scene.

I bet if/when he’s done with all his Substack work, the next Big Two work Tynion does is some sort of X-Book.

He is currently the scribe of Sandman Presents: Nightmare Country for DC. I did get a laugh out of that after he made this huge deal of leaving DC only to come back a month or two later. Then again, if I was offered to write a Sandman book I wouldn’t say no. (I wouldn’t be surprised to see that title grace the topic of HOH in the near future)

This is a great question. Another theory that I have, his alien race destroyed Earth. He was an agent to scout the planet and became connected to people that he shouldn’t have

Something I recently wondered and I have read the 7 issues here, I kept a hypothesis running of what if he took them a long time ago and earth has been gone for a very long time. He keeps rotating who is in the house and keeps one “away” from the others so he, Walter, gets someone that remembers fully what has happened and who everyone is to each other. Just a hypothesis. I want to definitely keep reading this, haven’t had this much fun trying to guess what is up in a long time. 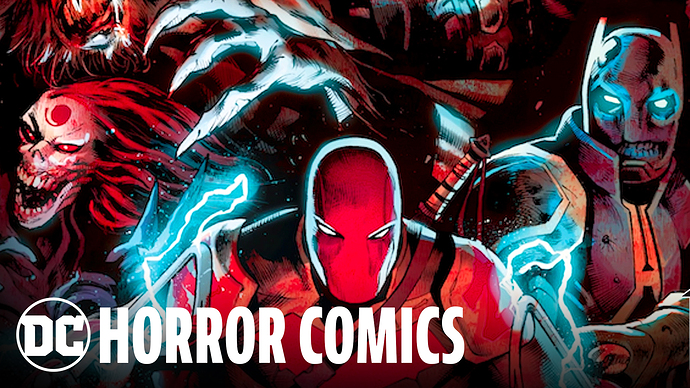 DC Horror: Read with the Lights On - Comic-Con 2021 Panel

Around the 3:15 mark, James Tynion IV talks about The Nice House On The Lake. One of the more interesting tidbits that he reveals, Walter is based on himself?!?!

Wow! What The [zoinks] Just finished issue 1 & .
Wow.
Excited for the next!

You’re in for a treat imho…

Just finished reading these issues. It’s a totally different story than what I expected to read based on the covers. I’m glad I hadn’t seen any spoilers about what this series was about. Such an interesting concept. The art style is really cool too. This is intentional and also limited to the format, but I get frustrated not being able to see Walter’s face clearly lol.

Also love how queer it is so far - thanks James Tynion IV!

The first thing, I loved the artwork, but I found that it contributed also to my chief complaint with the issues. I had trouble being able to tell who was supposed to be who. A couple of the characters are drawn very similarly and found myself struggling with that throughout the 6 issues. There were moments that I didn’t care though because wow! This artwork is amazing. Words cannot do it justice, that is how good it is.

Definitely agree with this! Especially in the later issues, I thought one character was Walter when it was just another guy wearing glasses with that white-out effect. Even so, it’s so cool and colorful and I love it.

The covers of this series are very misleading! I remember the variant of issue one had a lady in a pool and the main cover had someone in the lake surrounded by skeletons. I guess Walter’s skeletons are coming out of the closet, I guess?