Welcome to the inaugural event for House of Horror. As we are in October, a new event will be posted each week to help get everyone in the mood for Halloween! Once we are in November our events will transition to bi-weekly.
If you haven’t joined House of Horror all you need to do is click the “join button” here!

This week we are going to read House of Mystery. House of Mystery first appeared in comic racks in 1951 as an anthology series. Due to the comic codes in the mid-1950s, the stories moved away from horror monsters opting for a science-fiction angle. The title returned to its horror roots with House of Mystery 174 reprinting old horror stories and House of Mystery 175 featured new tales of horror. Through the years there have been many visitors to the House of Mystery but not all of them can leave when they wish, while the caretaker Cain would introduce the story in each issue. House of Mystery ended in 1983 with Cain moving out of the House.

In 1986, House of Mystery made a return with Elvira, Mistress of the Dark, the horror movie hostess, becoming the House’s caretaker as Cain was missing. Elvira’s House of Mystery only lasted for eleven issues.

House of Mystery made one more return in 2008 via DC’s imprint Vertigo Comics. This series was more mature than the previous series but it did follow the basic blueprint of the original series with people trapped in the house. 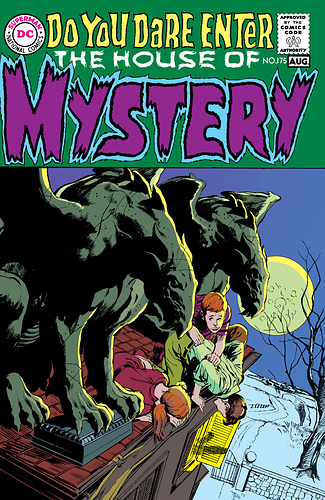 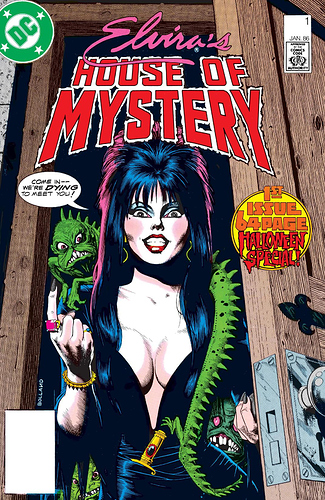 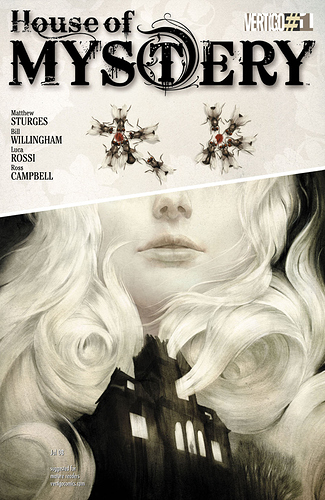 Polls will be posted later this week along with a look at how the House relates to the greater DC universe and Elvira!

I can read two of these physically. Yes!!

I’ve read the House of Mystery Vertigo series a couple of times. Highly recommend it.

I read the first arc of the Vertigo version for a DCU Book Club a while back! Remember liking it well enough. Looking forward to rereading that as well as the others for the first time!

I am really looking forward to reading the Vertigo book. Being honest, the only book that I have read previously is Elvira’s House of Mystery.

Vertigo’s House of Mystery looks awesome, i didn’t know stuff like that was on here! i can’t wait to read it!!

I’ve been reading The Witching Hour.

This is on my list of comics that will be read in House of Horror!

So I’ve read all three, do we talk about it or wait till everyone has had a chance? How would you like to proceed @darkstarz

I think it would be safe to start talking about it as soon as you have read it. If anyone has any objections they can let me know but I am of the mindset that it is best to talk about something that is fresh in your head.

Awesome! I have to say they were all good in their own right. The newest vertigo title definitely stood out with the gore and the intrigue of Fig Keele’s entrance into the house of Mystery.

So technically I started a little earlier – I saw that #174 was on here and while it was all reprinted stories, I thought I’d give it a read. I liked them well enough – there were three solid spooky mystery stories.

What was your favorite book this week?

What would you have done with Roger Steele’s diamond in The Gift of Doom (the first story in House of Mystery 175)?

Did you like the story All Alone even though it was not a comic?

Were you able to guess the unliked man’s occupation in All Alone?

Do you think the artist’s fate was sealed by his actions in The House of Gargoyles?

Where you familiar with Elvira, Mistress of the Dark before reading Elvira’s House of Mystery? If so, how do you think her first step into the world of comics was compared to her horror movie hostess stuff?

What was your favorite story in Elvira’s House of Mystery?

If you read House of Mystery 1 did you like The Hollow? Were you expecting the story to go in the direction that it did? 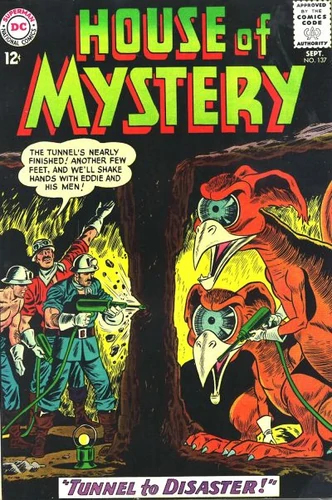 Elvira’s House of Mystery 3 was the first DC Comic to not have the Comic Code Authority seal and was determined to be a flop. 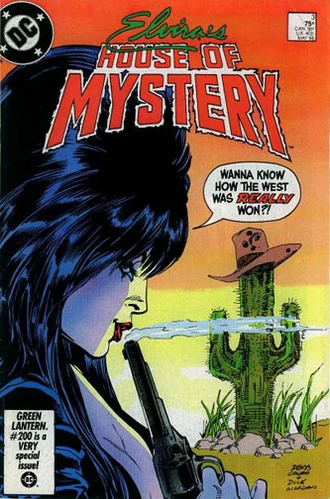 I will be posting how the House of Mystery fits into the greater DC universe and a brief bio on Elvira in a day or two!

Some quick, or not so quick, thoughts on this week’s reading.

House of Mystery 175 - I liked the overall tone of the book, even though I thought the art was hit and miss. The first story The Gift of Doom was my favorite of the three, including All Alone. As I was reading The Gift of Doom I began to think about the movie It Follows. While the comic story goes in a different direction than It Follows, it definitely has that vibe. Once you are given something, you are unable to get rid of it, no matter how hard you try. There was a nice twist at the end of the story that I was not expecting.

All Alone was a nice short story that I was not expecting. When I think of comics, I don’t think of stories without comic panels. It did seem to meander for a bit but the ending was worth it.

The House of Gargoyles was not bad, not my favorite though. While the story was chopped full with background, I began to lose interest when it became a horrific tale of morality. Granted, I love 80s slasher movies which also had similar moral tones, this story seemed to turn a corner and then stuck with it. Understanding that this story was meant for kids and not an adult, I can give it a pass. Still, I am not sure if it would have scared kids in the 70s.

True to the 1980’s satanic panic drenched fear, The Realm tells a story of witches playing a Dungeons and Dragons style game. The game becomes more real than imagined. To be honest, the story sort of felt rushed on the last page or two and the ending fell flat for me.

Death Likes A Lullaby was a lot better than The Realm. It felt like an updated Edgar Allen Poe story. There was a bit of a 80s stranger danger vibe, once again proving this title was a creation of its time. There was definitely an eeriness in this story that will stay with me for a few days.

Once Upon A Time…much of this story feels like a fairy tale about dueling wizards set in Asia. Honestly, there wasn’t much in this story for me. I did find it to be better than The Realm and I did enjoy the art in this story. One aspect that was different from the other stories was the love story angle.

Vengeance in the Creature Feature was perfect for me. Within a the first two pages famed horror movie directors and make-up artists are named. Honestly, this is the story that made the most sense to be in an Elvira comic, however the host of this story was Cain. Outside of that, I enjoyed the story of a group of friends making a low-budget creature feature.

House of Mystery 1 - This has a completely different vibe than the previous titles this week. First thing, this is more gory. The way the stories are told, while being stand alone, feel interconnected with each other.

The Hollow is a story of Sally and how she met her husband. I was actually surprised where this story went and even more surprised that it oddly seemed a perfect love story, that is if you weren’t seeing the comic panels. I really enjoyed The Hollow and is probably my favorite story I have read from this week’s selections.

Well House of Mystery 08, is a favorite of mine. Love the writing and the format of the book. So we get the ongoing tale of Fig, and we get guest writers and artists with individual short stories.
On 175, love the one page “wheel of woe” joke from I assume Sergio Aragones creator of Groo. And the gargoyle story was my favorite. Not so much for its execution but for the idea of gargoyles flying around and perching. Then that rat Jimmy leading the Frenchman to his death.

I have a cheap rubber tip stylus and I dropped the stylus on the page. I will be failing a test!!!

What would you have done with Roger Steele’s diamond in The Gift of Doom (the first story in House of Mystery 175)?

I don’t know, that’s a pretty hard one to deal with. I mean, he shot that thing into SPACE and it came back. The dude was really lucky that he got mugged at just that right time. I guess I could go into a bad neighborhood and hope someone tries that, but what if the doom the diamond prophesies IS me getting killed in a bad neighborhood?

Did you like the story All Alone even though it was not a comic?

I thought it was the weakest of the stories, but not because it was prose.

Were you able to guess the unliked man’s occupation in All Alone?

No, mostly because I really don’t follow that kind of stuff, and it made what was an interesting premise kind of dull.

Do you think the artist’s fate was sealed by his actions in The House of Gargoyles?

I mean, killing a guy because he’s dating your ex is just never a good thing – there are plenty of other fish in the sea, mate!

Either way, can we all agree that the kid basically killed the guy? The kid wanted to see the gargoyles take flight and he didn’t care who he hurt in the process. Kid’s a serial killer in training, I know it.

Jimmy is the true villain of the story

No, mostly because I really don’t follow that kind of stuff, and it made what was an interesting premise kind of dull.

It felt more like a joke than an actual scary story, right?