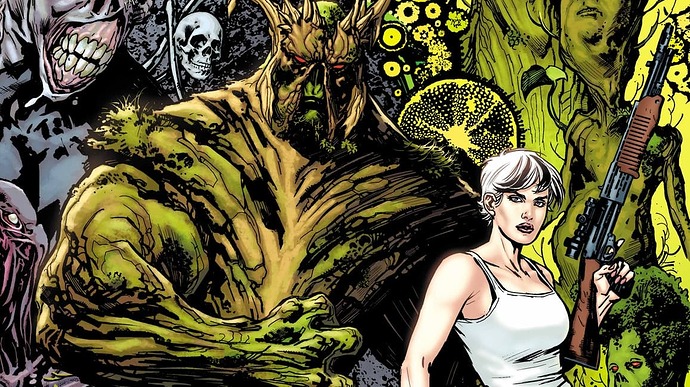 First, I would like to apologize for posting this week’s entry late. As I mentioned in my quick message to everyone I have been a bit under the weather. Needless to say, my poor sleep schedule caught up with me. Now that is out of the way, @LaserPuff and I would like to give a big House of Horror welcome to our newest member @paulomarciano.17324! I hope you enjoy your stay but I would make sure to treat The Green with respect as I can’t protect you from Swamp Thing. 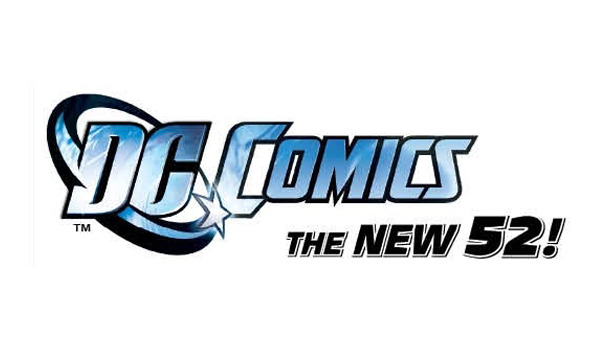 This week we are going to begin a multi-week event as we take a stroll through Rotworld! It was 10 years ago that DC’s newest initiative New 52 took over comic store shelves. There might be mixed feelings about New 52 but one thing is undeniable, there was a strong horror comic line for the first time in years from DC. We saw books like Swamp Thing and Animal Man become hits, we saw the return of Milestone’s Xombi, and even Deadman had his own ongoing title, sort of.

Are you still unsure if you want to venture into Rotworld? Maybe this article will help you out! 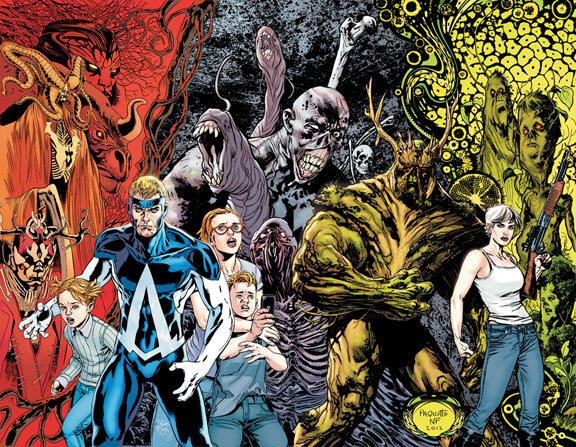 5.2 Reasons to Venture Into "Rotworld"

Never has anything so rotten been so good.

After introducing the concept of reading horror comics as they drop on DCUI last week with DC Horror Presents: The Conjuring: The Lover we are continuing our new comic exploration with Justice League Dark member Man-Bat in his new comic! 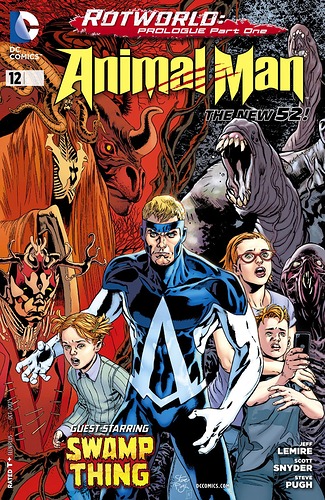 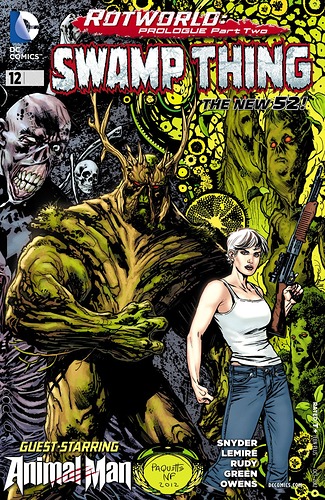 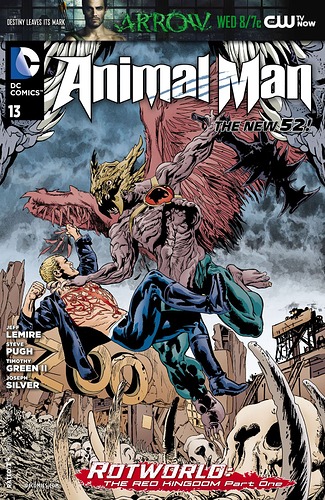 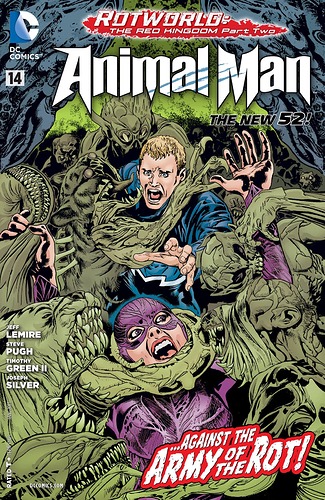 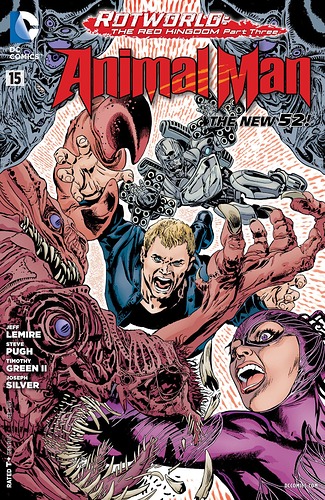 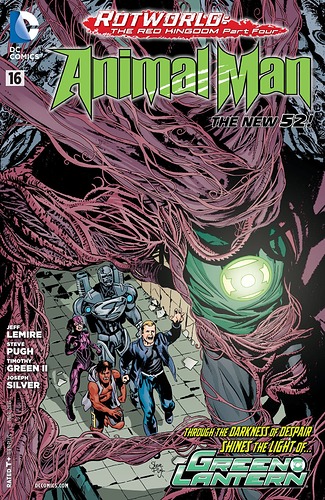 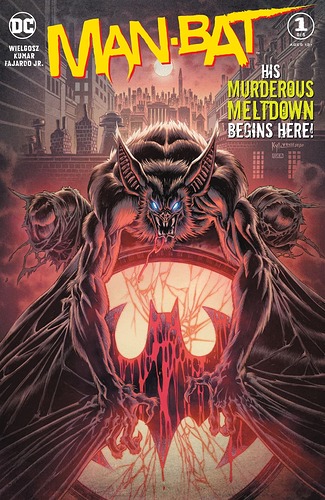 Don’t forget to let us know what you thought of this week’s books!

Did you like Man-Bat and would like to read more Batfamily comics? World of Bats is the club for you! Not only is World of Bats a great club they are also celebrating the anniversary of New 52 this month! (I also credit this club for my growing enjoyment of Batman, a character I avoided for a decade)

If you are looking for even more New 52 goodness, look no further than the Justice League Book Club, Modern Age Superman Club, and Characters of DC Club! The Modern Age Superman Club is taking a weekly look at the New 52 Superfamily titles this month and I for one am excited to revisit many of these. Meanwhile, the Justice League Book Club is putting New 52’s Justice League under the microscope! The Characters of DC Club are doing an examination of Grifter this month ranging from his first appearance in 1992 to the New 52 series of Grifter and Wildstorm! 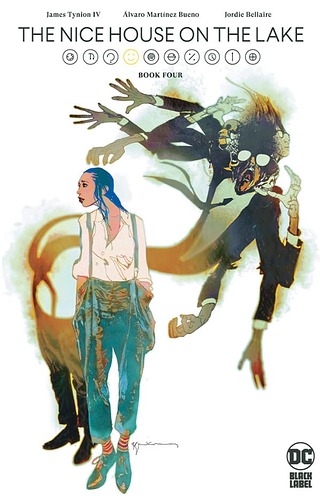 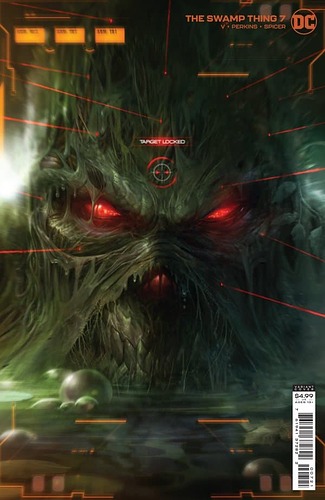 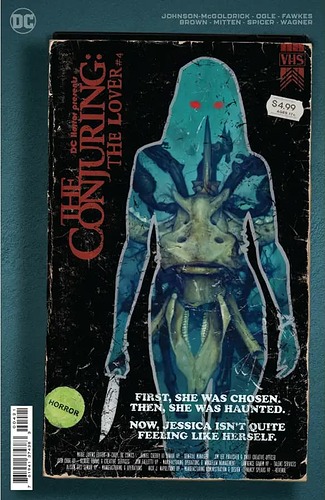 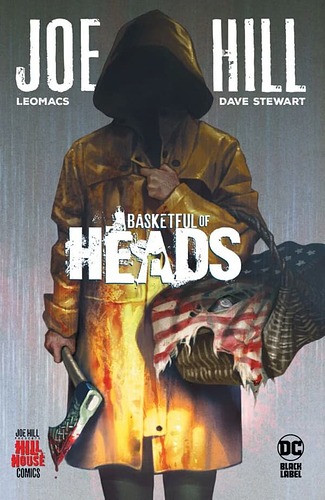 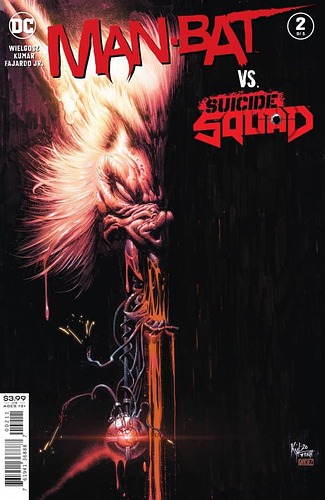 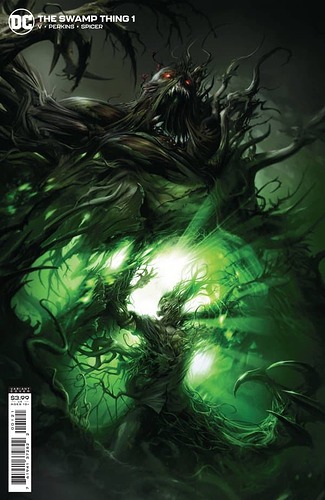 The Son of the Return of the Random Poll

Thanks for the shout-outs, @darkstarz! Snazzy title formatting, too.

As for The New 52’s horror books, I dug 'em, especially this series, which was a confection of oddballery.

I’m re-reading I, Vampire right now, which is definitely a good pre-Halloween read.

We covered the I, Vampire and Justice League Dark crossover way back in HoH 6! I really enjoyed that story and ended up reading the rest of that series very soon after. Funnily enough, we even read the Future’s End issue of Star-Spangled War Stories!

When Star-Spangled War Stories was new, I kept hoping people would see it for the little slice of oddball fun it was, and that the series would gain momentum and become popular.

However, that wasn’t the case. Despite the world going gaga for zombies, they evidently had little interest in SSWS, as it became yet another 8-issues only New 52 ongoing.

I think even the most ardent, adament New 52 haters will admit that the horror comics of the line were pretty good. It definitely revitalized that subgenre within the superhero genre not just in DC but in general.

It definitely revitalized that subgenre within the superhero genre not just in DC but in general.

This is an interesting concept. I think it was a perfect storm as relief from the over-saturated Marvel Zombie titles, the fall of Vertigo, and the rise of a new era of creators. Looking back at stories like Court of Owls and Death In The Family helmed by Scott Snyder who was known for his horror titles at the time, American Vampire, horror was at the forefront of the DC hivemind.

I LOVED the Animal Man and Swamp Thing titles from the New 52. Both were awesome!

I read a few of the TPBs when they came out way back when but that was the last time I read them. I am really excited about this Rotworld reading!

Hi everyone. Thanks for the welcoming words. It’s also a great chance for me to catch up on some of DC’s best horror comics. Looking forward to it.

I have read the Rotworld section of our reading and I must say, I was expecting greatness but not at the level that the first 2 story arcs in this event. I am 100% invested in all of these characters and the weird Rot variants of other characters that I know and love.

I think even the most ardent, adament New 52 haters will admit that the horror comics of the line were pretty good. It definitely revitalized that subgenre within the superhero genre not just in DC but in general.

Horror isn’t my jam most of the time, but I did really enjoy the horror books throughout The New 52.

Largely, because they were entertaining, but also because it was fun to see something other than superheroes in the reboot.

Sure, the superhero books are the bread and butter (you’ll notice there were no horror books amidst the Wave 1 Rebirth or Infinite Frontier titles) but it is nice to see other genres represented as well.

After all of the Wave 1 titles were announced, I remember thinking “Beyond superheroes (which covers many genres on its own), we have horror, western, sci-fi and military titles. Very cool, and a great variety.”

Other readers didn’t seem to think so, because outside of All-Star Western and I, Vampire, many of those non-superhero books didn’t last long, sadly.

In my headcanon, Blackhawks had a 52-issue run and is regarded as the best New 52 book after Justice League.

The Rot is one of my all time favorite reads. I put it in my top 10 ever for a crossover. I know that’s a bold statement, but If I’m being honest (& always am within reason) it’s top 10 for me…

It definitely makes sense. This week was mainly Animal Man and I can’t wait to see what is going down with Swamp Thing next week!

Man-Bat was an excellent read! I feel like Kirk is DC’s version of Dr. Jekyll and Mr. Hyde. At the heart of things, Kirk wants to do good things and help people. However, once Man-Bat appears things don’t go the way he plans…ever. I feel bad for him. He is down on his luck in this issue. His life is in shambles, whatever life he has left. I will be interested in seeing where the next issue takes us.

Did anyone else read Man-Bat?

Did anyone else read Man-Bat?

Nah, not yet. My intake of current Bat-books has been pretty light of late with Nightwing (bar none, THE Bat-book of the moment) and Batman '89 getting attention above the rest.

Oddly, Nightwing is the only Bat book that I am not reading. Oh, and the current Robin book because of reasons.

It should be the only Bat-book you’re reading.

Nightwing is the best the character’s been since Pre-New 52 (and I loved his New 52 book!).

It’s one of the best Infinite Frontier titles too, easily a Top 3 for me.

I have been enjoying the build-up to Fear State. I am really enjoying Harley Quinn. I really want to see Kevin on HQ:TAS!

I am planning on reading Batman, once Fear State is over.

I might pick it up in print too, to go along with my Super-books and Wonder Woman.

I am hoping for a sweet omnibus of Fear State that collects all of the tie-ins and not the weird collections that they have done for Joker War, Metal, and Death Metal. I am holding out for the omnibus for all of those.