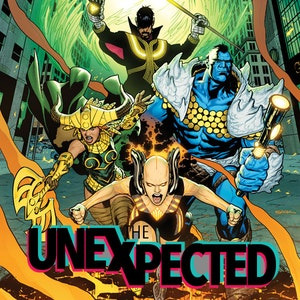 I hope everyone enjoyed last week’s dive into The Spectre and Dr. 13. I personally really dug Tales of the Unexpected. Before we get into the books we are reading this week, join @LaserPuff and me in giving a warm House of Horror welcome to our newest member @scoop001! Make yourself comfortable but always expect the unexpected.

This week we are going to explore the aftermath of Dark Knights: Metal found in the pages The Unexpected. This might not be the normal horror comic we read in HoH but after last week’s vicious images, think of this as a palette cleanser. 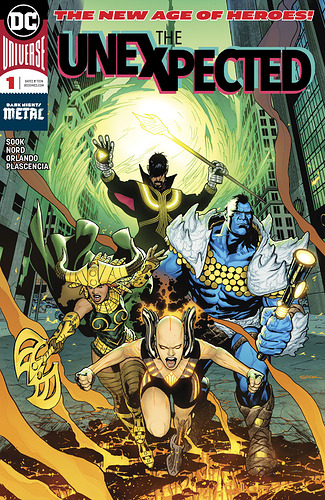 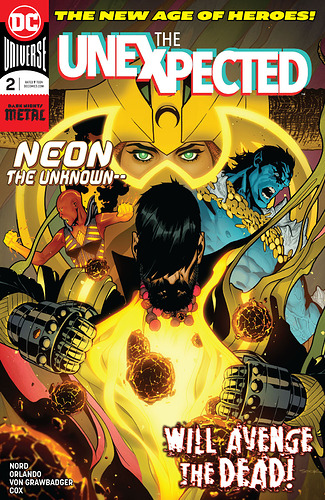 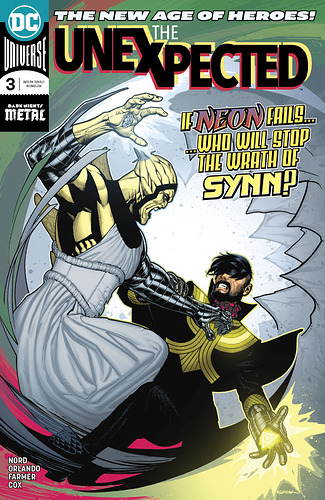 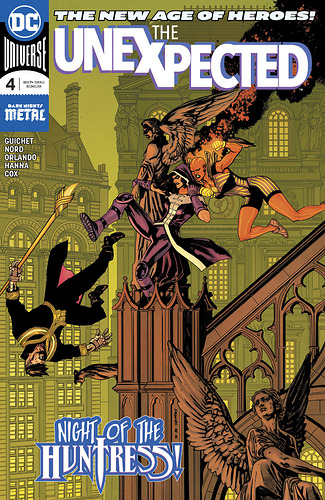 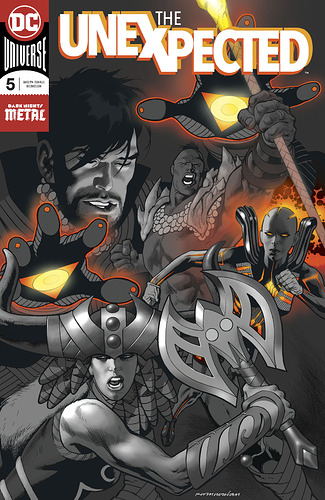 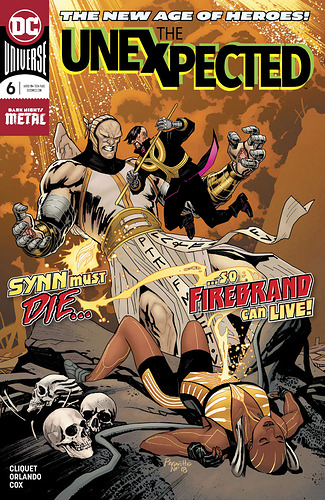 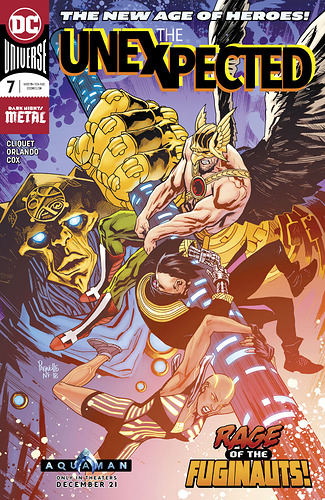 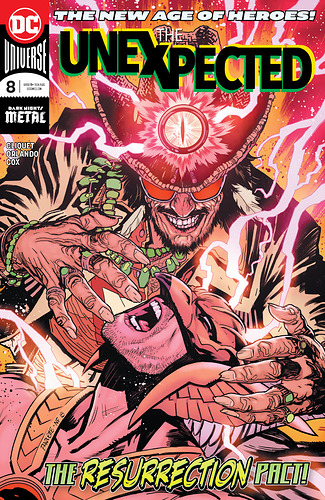 Don’t forget to let us know your thoughts on what you have read! 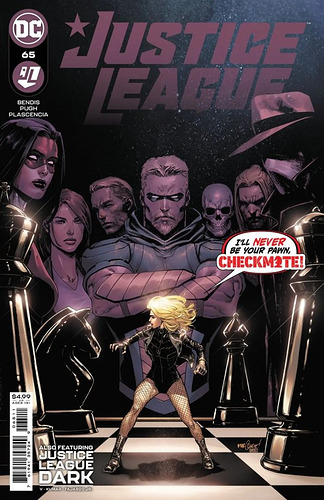 New to DCUI 7/20: please note these are subject to change 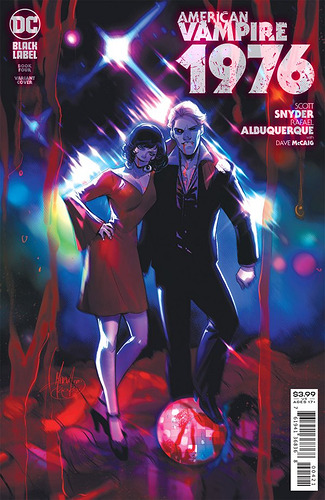 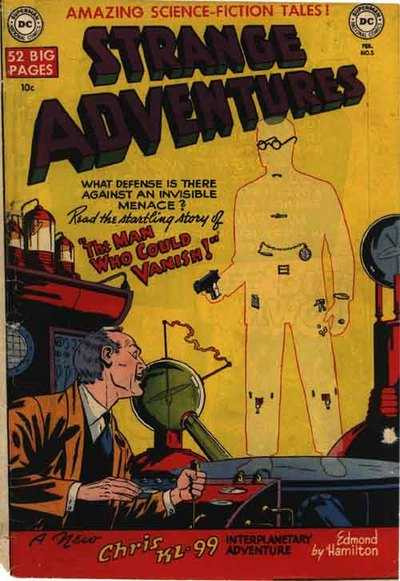 Have you checked out our Panel-A-Day topic? Have you seen any horrific panels that you want to share with us? This is the place to do so!

Welcome to a place that we Horror Hounds can share our favorite panels that we find in horror comics, one panel at a time! The idea is to only share one panel each day. Please make sure to let us know what comic the panel is from! I will start things off with this panel from Constantine: The Hellblazer #7. The only thing that I ask, if you think the image is gory please use the spoiler tool. Below are steps for using the spoiler t…

Nice to see Hawkman in here.

I noticed he was in this as I was selecting this series!!! Glad you enjoyed it!

Very happy we are able to keep you on your toes as we continue to find books you haven’t already read!

For sure…I’m on Green Lantern clean up duty right now. But, I’ll get to these asap!!!

I am enjoying all the new characters. I’m fairly certain that they are new. Bad Samaritan is a great new villain. I want that hat! 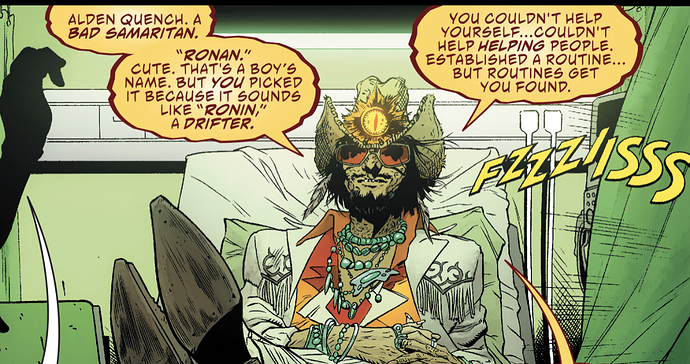 Firebrand seems pretty cool, she is a healer who is forced to be a bruiser. I love the hot rod style intakes she has on her shoulders, such a cool design. 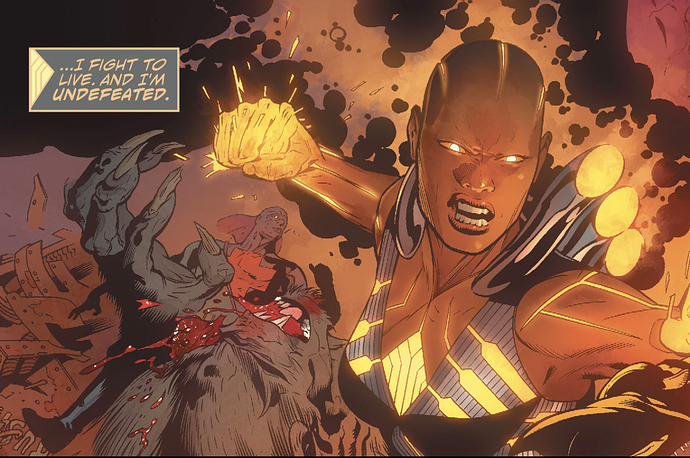 Neon seems pretty cool, he has like a magic thing going for him. 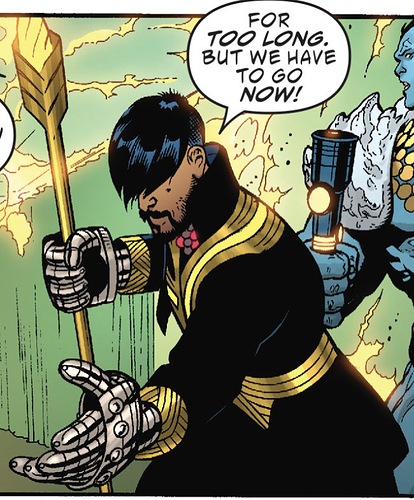 Why does Macho Man Randy Savage always have to be the villain? 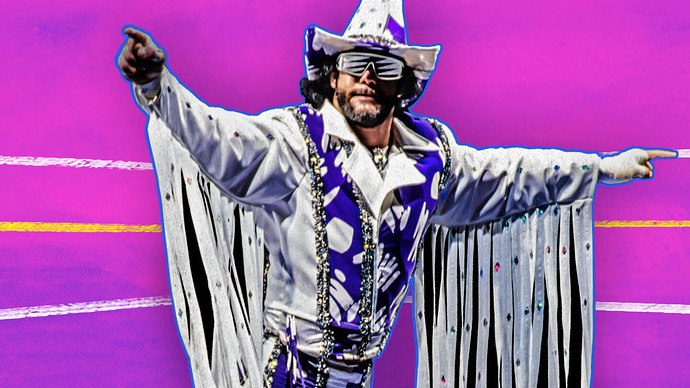 That is funny! I like how he keeps pulling tubs of creamer out of nowhere. Macho man is awesome

He really is. I have the Macho Man Collector’s Edition DVD set with like 4 or 6 discs in it. It has every important match that he has ever been and if you watch enough of his matches you realize that he can make anyone look good, even Ultimate Warrior.

I dug The Unexpected. Then again, I really enjoyed all of the New Age of Heroes titles (especially The Immortal Men and The Terrifics).

I was super excited about the new age of heroes when it was announced. I enjoyed the couple issues issues I read. I’d like to revisit it myself.

Someone might be covering The Terrifics later in the year…

Someone might be covering The Terrifics later in the year…

I will be sure to join when Harley’s Crew is covering The Terrifics!

You saw the issues where Harley leads the team? Blast! The secret is out!

One of the characters from the original Challengers of the Unkown, June Robbins showed up. I started reading the original series a long time back. Add that to the list of stuff to read.

Let me know when you do.

I’ve got a Challengers of the Unknown reading order. I think I posted it on here when it was bare bones long time ago. Loeb & Sale have the best run imho…it’s amazing!!! June rules!!

I have to say Onimar Synn has to be one of the more boring villains I’ve ever seen. (mocking tone)“Oh, I’ve lived for 100,000 years, I’m going to steal the souls of anyone who works for me. Give me more nth metal so I can continue with my worthless existence.”

The Unexpected is not really what I was expecting. I really had no idea what to expect but it wasn’t this story. I enjoyed it and really dug the off-balance mixture of superhero comics and horror-lite.

I have to say Onimar Synn has to be one of the more boring villains I’ve ever seen.

Yeah, his whole thing received one of these from me:

Mandrakk was kind of cool, that whole being a god/vampire thing.

I would like to see more of Neon. He seems like a character that has legs and his adventures could be a lot of fun. Outside of appearing in The Unexpected, he has shown up Dark Knights: Metal 6, and his first appearance was in Supergirl 20. 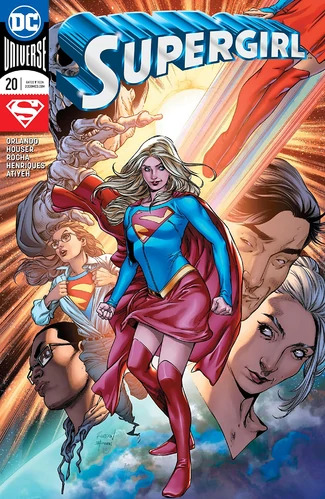