House of Horror 46 - The Doomed And The Legend 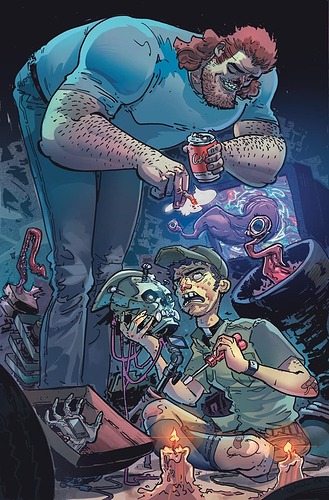 We are officially in October and House of Horror has begun our Year One anniversary! Over the past year, we have read many books, completing a few series along the way, and had many great conversations. @LaserPuff and I have already begun planning ahead and we have many books coming that many of us might have never heard of before!

Below are wallpapers of EVERY comic we have read over the past year!!! Due to the nature of the wallpapers, I wasn’t able to make mobile versions. 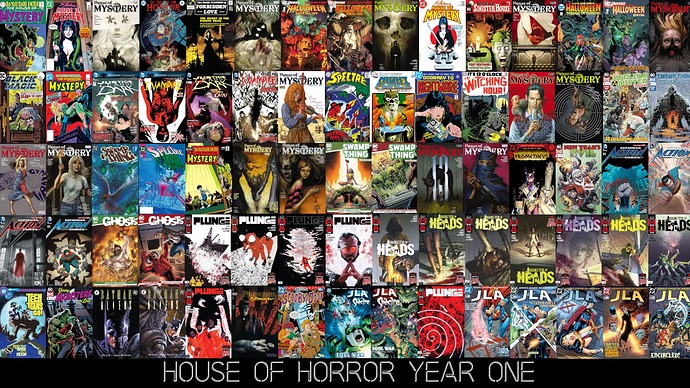 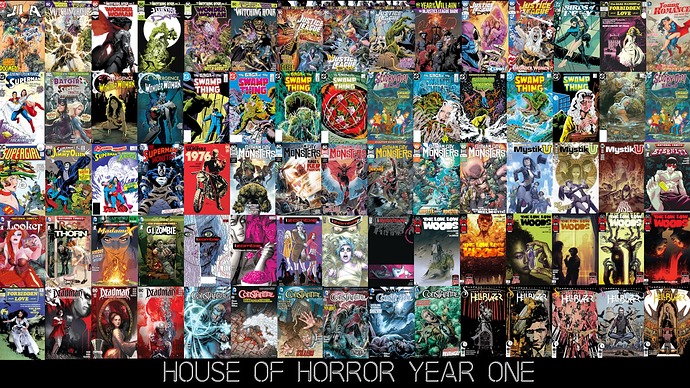 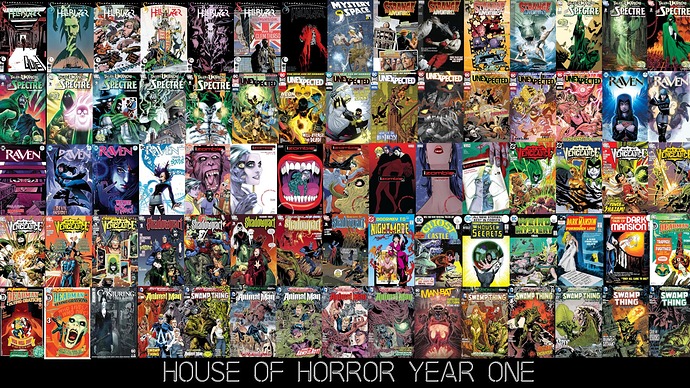 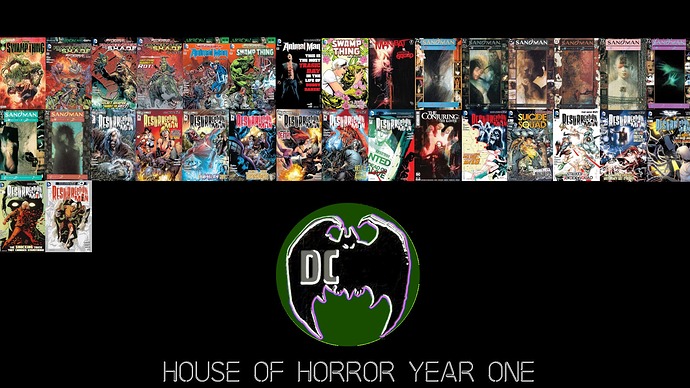 Before we get into the books we are reading this week, @LaserPuff and I would like to welcome the newest residents to the House of Horror @Sunbear, @chintzybeatnik, @Vroom. As we welcome you to the House of Horror I do suggest staying out of the backyard. It appears to be pleasant enough but most of it has been overtaken by swamps and you never know what or who is lurking around.

This week we will be reading the brand spanking new comic DC Horror Presents: Soul Plumber 1! This comic was written by Marcus Parks, Henry Zebrowski, and Ben Kissel, the hosts of The Last Podcast On The Left. In Soul Plumber we are introduced to Edgar and the weird world he inhabits.

After Soul Plumber we are reading the DCUI’s newest horror anthology DC The Doomed and The Damned. This anthology features writers such as Garth Ennis and Marv Wolfman. You don’t want to miss this one!

Speaking of a line-up of all-star writers, look no further than The Legend of the Swamp Thing: Halloween Spectacular. With stories from Phillip Kennedy Johnson, Ram V, James Tynion IV, and many more, this book is a must-read for a horror comic fan. 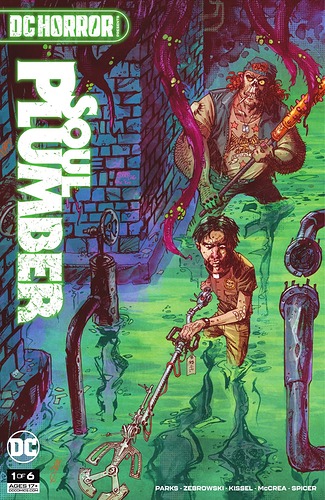 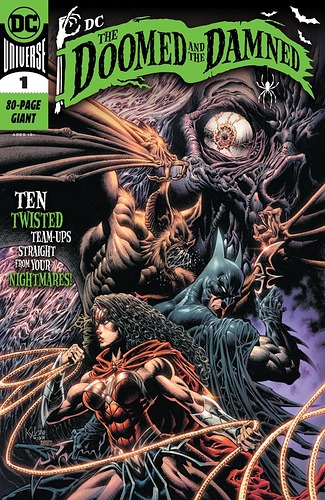 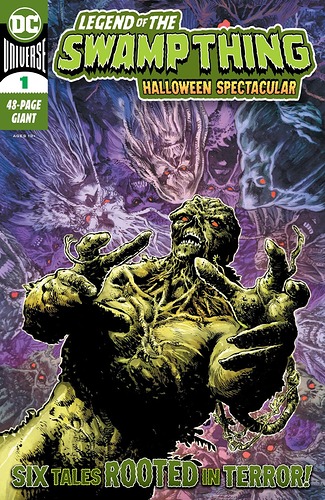 Don’t forget to let us know what you think of this week’s books!!!

On top of these great books, House of Horror has been posting Halloween Profiles. We have 5 posted with more to come!
Cain
Zatanna
Madame Xanadu
Circe
Swamp Thing
Deadman
Justice League Dark 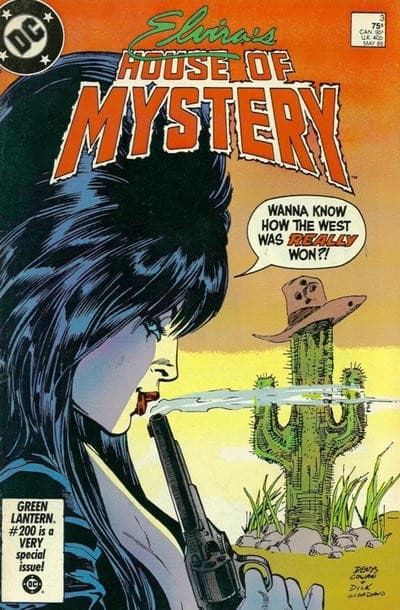 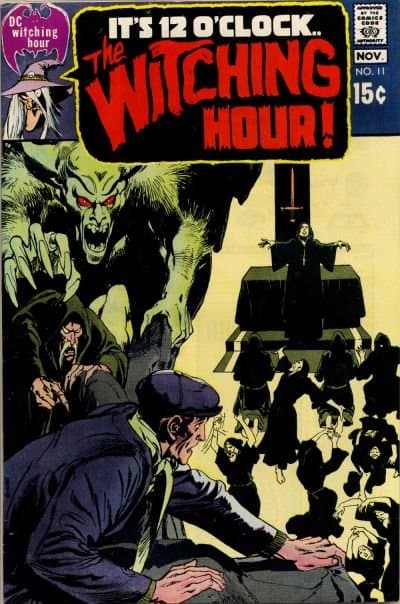 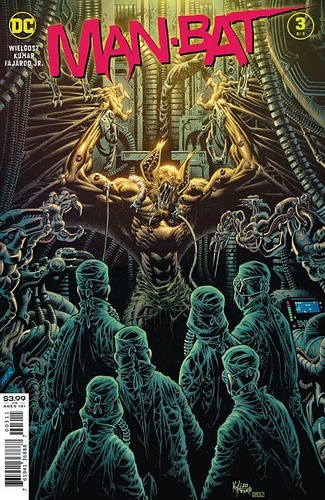 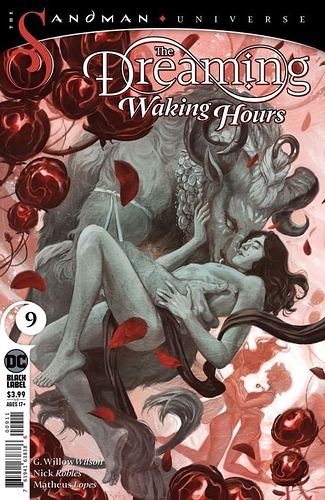 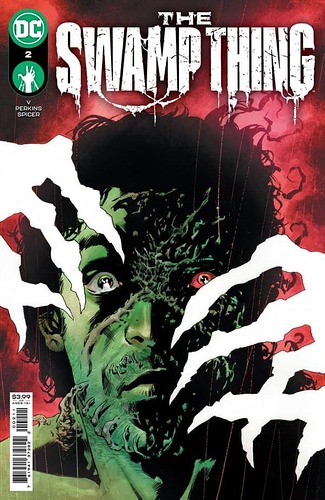 For more Halloween fun, you can check the first reply for links around the DC Community.

I will try to add more as they pop up!

Thanks for the welcome!

I thought I’d been a member since Day One, but when reevaluating the clubs I was in, HoH was nowhere to be seen, an error which was quickly fixed.

I might go play in the backyard, FYI. If it says “Leave this place!”, then I’ll go back to work.

Or just zone out to game shows on Buzzr, as I’m wont to do while working.

I read Soul Plumber the night it dropped on DCUI. Ohhh, buddy, this is definitely a weird story. I sort of like Edgar, but only because he wants to do good in the world. The way he goes about it is umm extreme. There is also a strong commentary about tele-evangelists which fit into the story but still sort of stuck out. Elk is also a strange character, the chain-smoking, noseless vet. I don’t want to say too much more in fear that I will spoil anything.

Heh, that’s what I was just reading too!

But yeah, these all sound really interesting. Looking forward to reading these.

DC The Doomed and the Damned was a fun read. Most of the stories were good to great. The story with Darkseid was just weird, I can’t believe he would be pressured into a drinking contest and lose. I mean, it is Darkseid! Cassandra Cain’s story felt out of place, it wasn’t bad, but it didn’t feel very Halloween-like. It sort of felt like a story for a possible Orphan comic that never made it past that story or maybe the Batman digital series that was released last year.

Wonder Woman and Raven I think had the best story and definitely fit the mood of the season. A demon, exorcism, and Wonder Woman is doing what Wonder Woman does. Yeah, that was my favorite story. Runner-up would be the Solomon Grundy story. That was just fun.

I did enjoy Legend of the Swamp Thing, it felt like a lead-up to the current Swamp Thing series while also feeling like it was its own thing.

We get to see Swamp Thing through the ages ranging from the time of Caesar to the ending of World War 2. The best thing about this comic is that it explores the idea of Swamp Thing always being there.

I knew you were gonna read Soul-Plumber so I held off on it! I can’t wait to start it!

I can’t wait to see what you think about it!

I’m a few pages in and so far its pretty good! Scuzz cracks me up

DC Horror has been an interesting experiment. Both titles are not the normal DC output and the cross promotion with movies and podcasts are a success. What is even weirder is that DC doesn’t have many second prints these days. I think Batman/Fortnite was the last time they did second prints?

I think generally comic book movie or tv crossover’s are generally not promoted like this has been. There was a comic-con panel which was great along with several articles on dccomics.com. I also think that the preceding Hill House books great critical reception has helped pave the way for these books success.