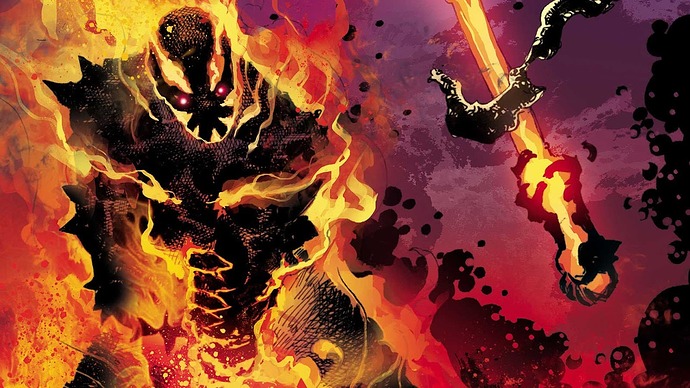 As 2022 trudges forward, we are trying something a little different. We have moved to a bi-weekly format but then, of course, I was busy last weekend and wasn’t able to post. So we are going to change things up for the month of March. This will be a month-long topic with 13 comics to read!
We are returning to The New Age of Heroes with The Curse of Brimstone! 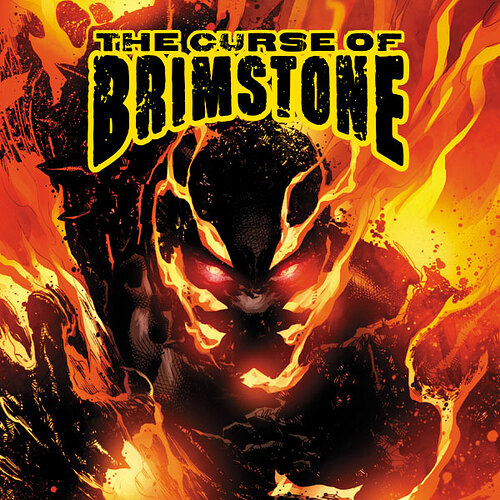 The Curse of Brimstone

A deal with a demon gives Joe Chamberlain the power to become the fiery Brimstone, but his powers come with a great curse.

Don’t forget to tell us what you think about The Curse of Brimstone!

I also wouldn’t mind hearing your thoughts on a monthly schedule going forward, when it works for what we are reading.

This was an interesting story, although I would have liked it better without the connection to the Dark Multiverse. I really don’t like The Batman Who Laughs. I liked that Brimstone used his curse to fight against the Salesman. I wasn’t happy about the ending, but I guess horror stories aren’t meant for happy endings.

I agree with you @scoop001. This was interesting enough. There was a moment when everything fit within with the greater DC horror universe and I was excited for that. There was a lot of potential for this series and some of my favorite horror moments were in the Annual. The ending wasn’t bad… if the story actually continued.

One thing I noticed was that the main focus was on Anne and not Brimstone, which was interesting. Even in the big battles, we would see scenes of Anne cheering or repeating herself because she seemed to do that often.

Overall, this was a perfectly fine story. I did see influences of other comics and horror movies throughout. I do wish that this continued because the ending left on somewhat a cliffhanger.

I thought this was a pretty fun story, but the characters and some of the plot fell a little flat. The characters of Brimstone and the salesman were very interesting to me, I just wish the writing had hit better. I often felt confused about the characters’ motivations and I think the whole world could have been fleshed out a little more.

Agreed with @D4RK5TARZ, some of my favorite moments were in the annual. The Constantine story had the strongest writing, and I almost felt like the character and storyline of Brimstone could’ve just fit as a Hellblazer story arc or something. I didn’t really care for the tie-in with the dark multiverse because I haven’t read much of that series.

I would like to see this character picked up again because I did like the vibes of the story. I just need some stronger writing.

Also loved the Detritus monster, such a cool look. One of my favorite panels was this fight scene between Brimstone and Detritus. 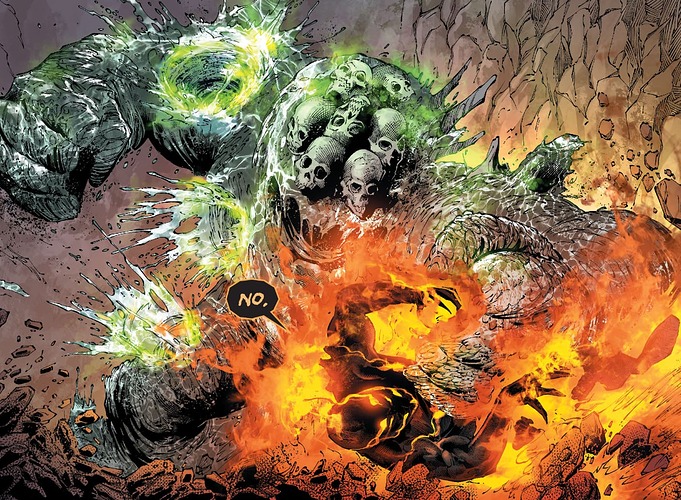 –
RE: a monthly schedule, I’m fine doing that when the comic calls for it. I do think we could benefit from a structure like the DC Book Club, where we are assigned a certain number of issues or pages per week. Helps me remember to actually read it.

RE: a monthly schedule, I’m fine doing that when the comic calls for it. I do think we could benefit from a structure like the DC Book Club, where we are assigned a certain number of issues or pages per week. Helps me remember to actually read it.

April will see the bi-weekly schedule return! However, I like the idea of a scheduled reading time and discussion time. Maybe, just maybe even have some starter questions to get people interested? There are two reasons why I try to avoid those for HoH. First, I read the books when everyone else is reading them. I want to be a part of the conversation and I will forget things that I might want to discuss. Second, I am horrible about using those in the clubs that have those questions. I just leave my thoughts.

I will give a bit of a hint for April, the first selection is 8 books and the next is 12. I am hoping that won’t be too much to read! Even after doing this for over a year, I am horrible at judging that stuff because I read a lot… like I am over 300 books this month and still reading at least a few books per day.

I often felt confused about the characters’ motivations and I think the whole world could have been fleshed out a little more.

Right? Like Brimstone’s motivations were everywhere! Did he want to stop The Salesman, did he want to save Anne? Even though that should have been a combined goal, it never really was. It always seemed to be one way or the other and if it worked out, that was a bonus.

I really want to see more of Anne as Brimstone! She is a better character, IMHO, and she would have a better evolution as a character that is bearing the Brimstone curse.

I almost felt like the character and storyline of Brimstone could’ve just fit as a Hellblazer story arc or something.

Agreed, which is kind of sad, really. This story has a lot of potentials but it always seem to fall short.

Maybe, just maybe even have some starter questions to get people interested?

I’m totally down with not having starter questions haha. I always have a hard time trying to think about the questions while I’m reading, I’d rather just read and see what other people have to say.

I managed to cross the finish line before the end of the month though you wouldn’t know it. I really enjoyed Brimstone it was a fun story of brother and sister teaming up to fight the evil inside and out. The monsters/agents were inventive and tragic. The agents remind me of some of the apostles of the Berserk manga. The Salesman character was fun in all his many forms nudging Joe and Annie along Jack was sick and twisted opportunist. The cameos made sense and actually added something to the story. Many cameos Batman don’t make sense but Constantine, Swamp Thing and Dr Fate were great addition to the story. I still can’t believe Constantine hit on Joe. I liked that all these magic based characters were barking up the wrong tree with Brimstone