Find a place to sit in the House of Horror as we read have 3 great books to read, just don’t mind the dust, spider webs, or things that bump in the night! 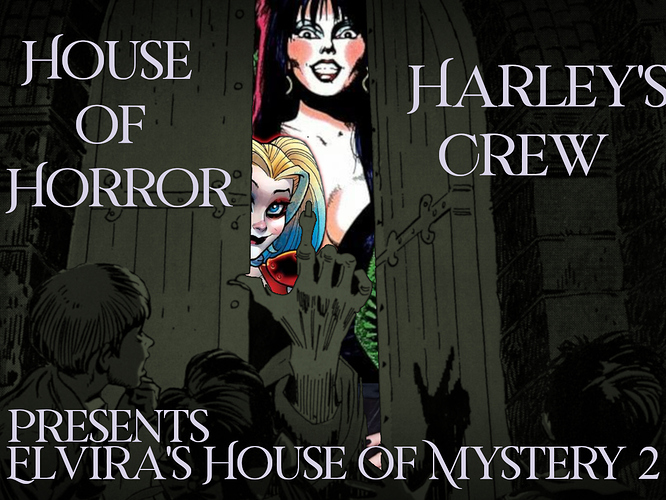 We are teaming up with Harley’s Crew to bring you a frightful treat. However, that book will not be announced until Monday! Have no fear, well maybe a little fear, as we still have 2 books to read until Monday’s announcement. The first book on our list is Secrets of Sinister House 1 (2019). This is a monster of a book with 80+ pages! Our second book this week is House of Mystery 4 (2008) as we continue Fig’s story and hopefully find out more about Rina! 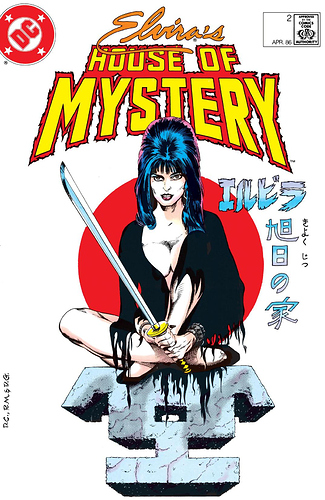 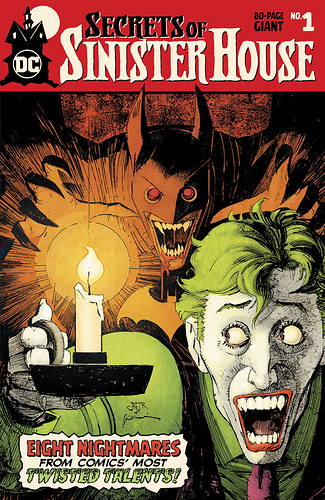 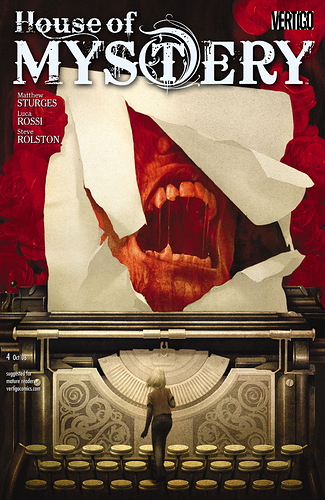 @dogwelder9 and I are coming up with a topic for a brief history to be released later in the week, so make sure to keep an eye out!

There are a few new horror comics hitting comic store shelves this week! We might not be reading the books right away and some of them might even be discussed in other clubs upon release. Think of this as a preview of what might be lurking in the dark corners of House of Horror.
DC Horror Comics Released on 10/20 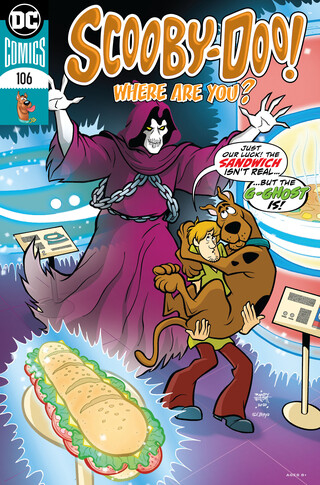 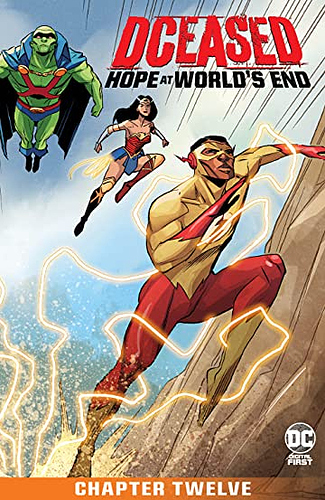 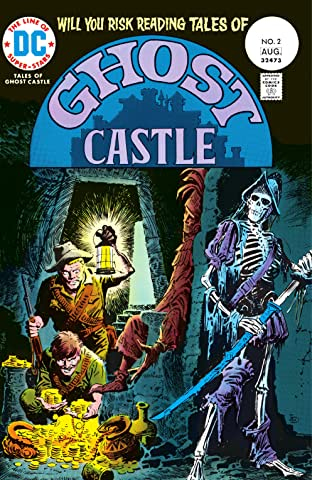 I am hoping we see this on DCU sooner than later. I am not sure of the turnaround from Comixology to DCU when it comes to older titles like this.

I’m not really sure about the turnaround either but I think I’ll be adding it to my ever growing reading list.

Have no fear, I will be keeping an eye out for it so we can read it here.

your avatar is awesome!

Thanks.! Bernie is the best beaver sidekick ever!

Think I have to start with the anthology

House of Mystery 4 seems to pick up the pace in all areas. The story told by Daphne was fun and definitely more adult themed than most of the stories told by the inhabitants. Fig’s story is ramping up into something I am not sure of. I like that this book keeps me guessing. We even got more of Rina’s story and that was amazingly dark.

I also read this title. I like the continued story of the residents of the house of mystery. I like the continued contempt that Fig has for the house and her distrust of the residents. The patron story was interesting but kind of fell flat for me. It had a very modern independent woman self discovery and murder thing going on but I felt like there should have been more magic or something. The Rina story continues, I feel like the floating couple are plotting against the house and they are going to use Rina to get back at it or something. I’m definitely curious where the story is heading. Magic can make anything happen, just never know.

I did want to let everyone know that books from this week will be a part of the DCU Halloween Scavenger Hunt!!! Well, at least one book right now. Hopefully, I can get more in there. This goes live on 10/26/20 but I did want to give everyone a heads up. Also, a huge thanks to @Razzzcat for organizing this!

[image] HERE’S HOW IT WORKS:

Secrets of Sinister House was my most anticipated book this week. Normally, I wait until Saturday morning or Sunday to read the bigger book but I couldn’t stop thinking about how much I wanted to read this one. As I have not read the original Secrets of Sinister House, I am not sure how close they stayed with the concept. I imagine the original didn’t feature the DC universe characters throughout its pages. Hopefully, one day that book will be on DCU for us to read but this will have to do for now.

The art in Secrets of Sinister House differs from story to story but none of it is bad. This is pretty much what I have come to expect from current comics. I do think the art in the Constantine story was a little better than others though.

I ended up reading Sinister Secrets last just because I was too busy reading everything else but I wanna say it was the most memorable book this week (that’s saying a lot too because I burn through the library’s content) And I wanna wish everyone a Happy Halloween! This is my family’s most special holiday!

Hey @RiffPowerchord Happy Halloween to you and your family!!!

Regarding Secrets of Sinister House, this was my favorite seasonal anthology that we have read in House of Horror. Everything seemed to click for me, minus one story and that story wasn’t even bad. If you have time, I strongly suggest the 2008 House of Mystery story we have been reading. Some of the stories told in that book aren’t great but some of the main story arc is excellent.

I really liked this story. Red Rain Batman has always been a favorite of mine. I liked the visual look of the Talon here. Very creepy.
I agree it was weird to have an older Gordon and a child Babs. This one was my second favorite of the stories here.

The Footsteps of Old Worm

I didn’t really enjoy this one as much as the previous story although the worms were plenty creepy. I thought the psychological horror/sci-fi angle was better in Fear 101.

I loved this team up. It was a fun little story I thought. Am I the only one creeped out by clowns? No way in heck would I stay there. What’s really odd is there is actually a place like this that exists in Nevada. A clown themed inn with an abandoned cemetery…My sis was talking about it just the other day.

Out of My Skin

I was surprised to see that too but after the first story here I really shouldn’t have been. I liked the X-Files vibe the story had

I thought it was a nice palette cleaner after all the dark horror we’d had so far. I felt like it was needed to be honest and enjoyed it.

House of the Dead

I liked that aspect too and I really liked how to took a common horror troupe and turned it on its head as well. This one was my third favorite story of the lot.

Jessica Cruz is my favorite Green Lantern and she really kicks butt when she wants too. Any story that explores her daily struggle with anxiety and PTSD gets my attention. This story was very reminiscent of Green Lanterns #15 “A Day in the Life”. If you want to read more on her I highly recommend this story.

This is a solid John Constantine story and fits with the vibe of the book. However, his stories are usually rooted in horror, which I often take for granted. Thinking about it a little more, I really enjoyed this short story

This one was my favorite one of them all. Very solid.

This is a solid John Constantine story and fits with the vibe of the book. However, his stories are usually rooted in horror, which I often take for granted. Thinking about it a little more, I really enjoyed this short story

This one was my favorite one of them all. Very solid.

This is the one that has stayed with me throughout the day. There was something eery about it while telling a great revenge story.

We are teaming up with Harley’s Crew to read Elvira’s House of Mystery 2!!! I am adding this post so no one misses the third book of the week!

i’m in love with that edit

and very excited for this!

@dogwelder9’s History of the Horror Anthology

When October rolls in I think of three things:

The hot humid dog days of summer are over.

I grew up a “Monster Kid”

Looking up at that big rack of comics when I was a kid I bought Superman, Batman, Spider-Man, and then all of a sudden a cover of the House of Mystery would grab my eye too.

To the best of my memory, my first DC horror comic was House of Mystery 227, November 1974. Let’s look at the history of horror comics. 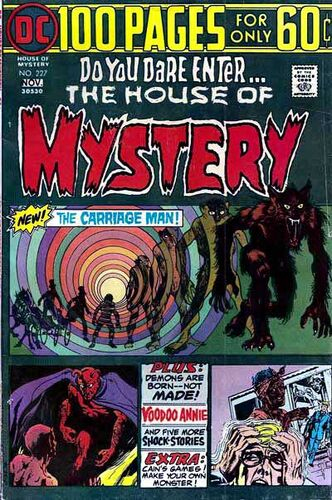 The issue of Classic Comics 13, 1943, contained an adaption of Robert Lewis’ Stevenson’s Dr. Jekyll and Mister Hyde published by the Gilberton Company, inc. in August 1943. This is claimed to be the first comic book horror adaption. 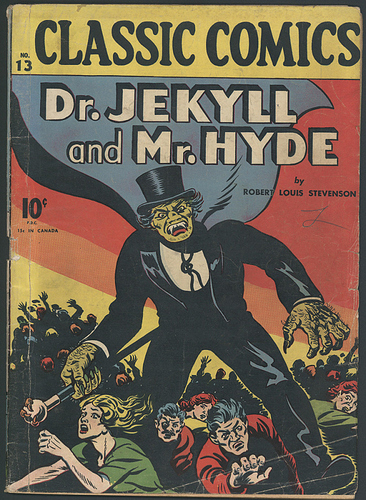 Eerie 1 (1947) from Avon Publications is championed as the first horror series with original content. However, it is Adventures Into The Unknown(American Comics group) that claims the title of the first horror comics series in 1948. 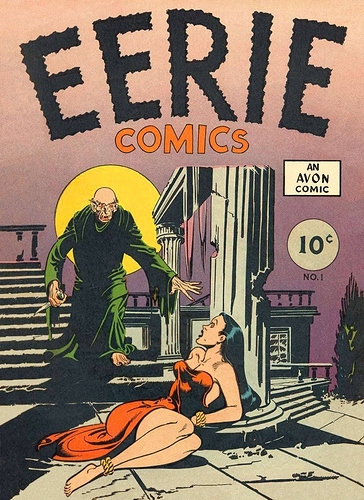 Other comic companies like DC,(House Of Mystery 1 Dec.-Jan. 1951)as well as Fawcett, Dell, Gold Key, and Harvey followed suit, but it was EC comics that took the ball and ran with it. 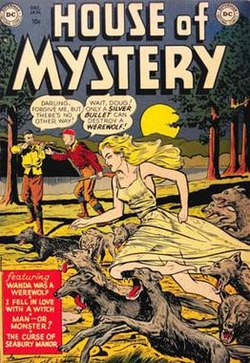 Their three horror titles featured stories introduced by a trio of horror hosts.

The crypt keeper, vault keeper, and the old witch introduced the tales in their three horror titles “Tales from the Crypt”, “The Vault of Horror” and “the haunt of Fear”.

In 1954, crazed (in my opinion) Dr. Fredric Wertham published a book called 'Seduction of the Innocent" (I read it…pure psychobabble) and that bum decided that comic books were the root of all juvenile delinquents. 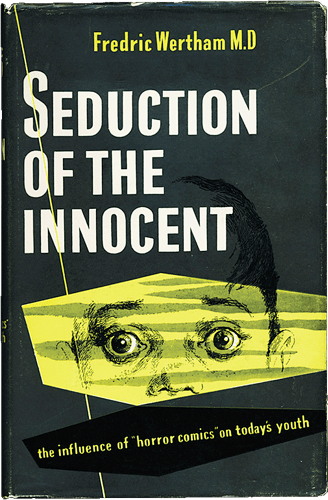 Highly publicized Congressional hearings led to the formation of the CCA(Comics Code Authority) and heavy regulations were laid down on the industry. 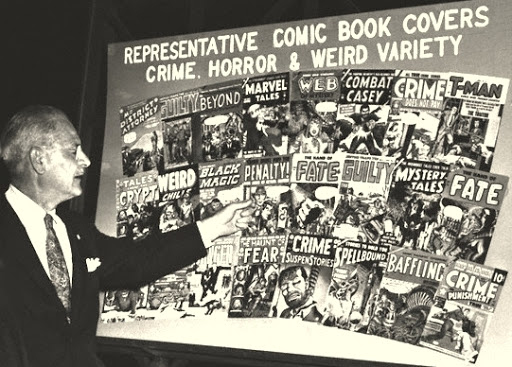 EC went under and only continued publishing Mad comics, which was converted to a magazine with issue 24.

While not all horror comics were canceled they were toned down a lot.

DC’s House of Mystery became a science fiction based comic. In the 1960’s J’onn J’onzz got bumped from a backup feature in Detective Comics to the lead feature of House of Mystery(143-155). That was followed by Dial H for Hero (156-173) (a personal favorite of ye author). 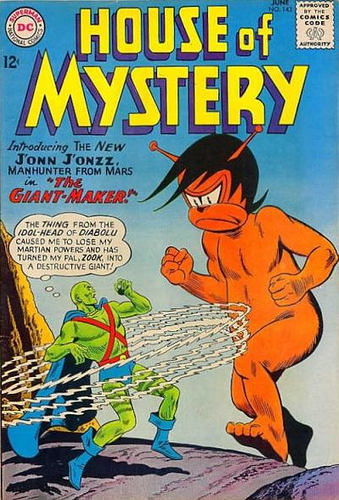 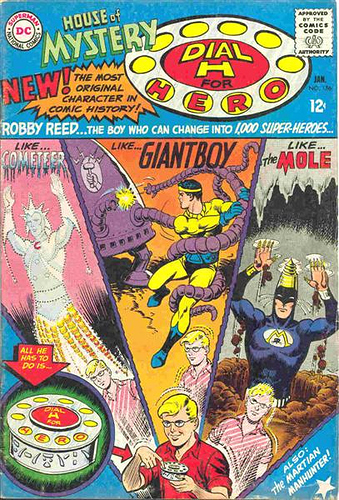 Joe Orlando, an artist for EC and other publications(most notably for Warren Publication’s Creepy magazine) became the editor for House of Mystery with issue 174. 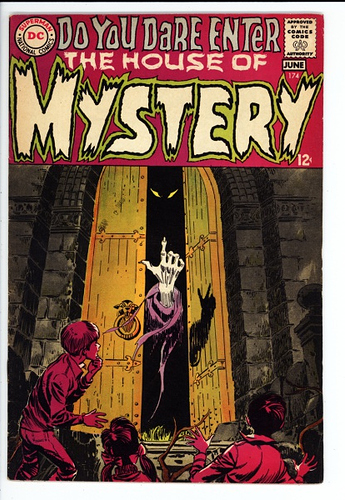 He insulated himself and young gun writers like Marv Wolfman, Mike Friedrich, and Len Wein as well as seasoned vets like E. Nelson Bridwell and Robert Kanigher as writers. Infused with hot artists like Neal Adams, Bernie Wrightson, and John Albano, House of Mystery returned to a full-fledged horror comic again. 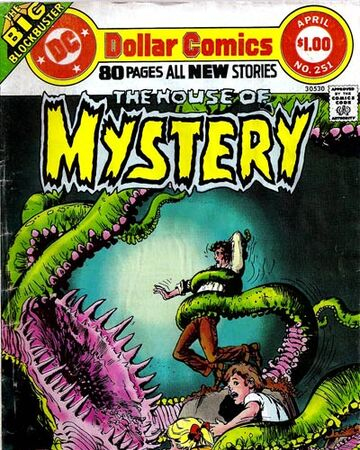 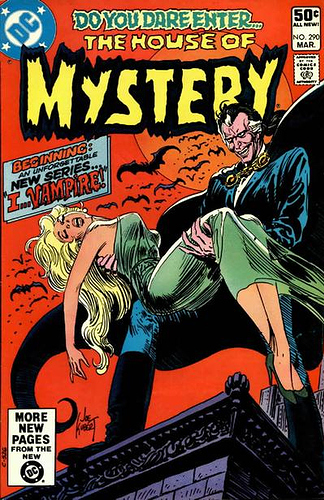 While back issues of the series fetch some high prices on eBay, DC released three phone book format House of Mystery Showcase editions which reprints 174-226. Currently, there are over 50 issues here on DCU to read.

Are you a monster kid?

If not, you’re never too old to enjoy the thrill of reading comics that make you shiver and shake.