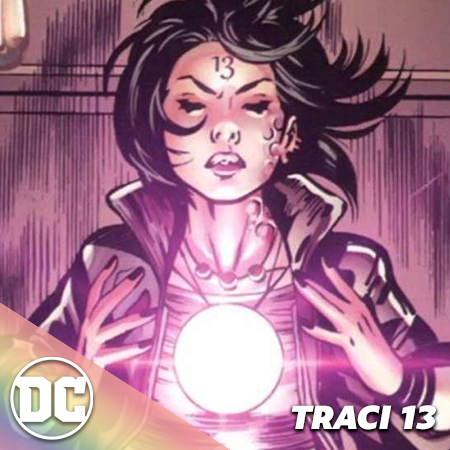 Pride Profile: Traci 13. So, your dad is Doctor Thirteen and is in the business of proving that magic and supernatural occurrences are hoaxes. Your mom, Meihui Lan, is one of a long line of the HomoMagi before she dies as the result of magic. Career choices are gonna be tough. Created for Superman #189 by Joe Kelly and Dwayne Turner in 2003, Traci has the ability to draw from the power of cities, creating the full range of magic powers. At one point, protecting Superman from a female ninja ghost (yep) she met Natasha Steel with who she developed a relationship. Traci also appears in Blue Beetle where Jaime Reyes became her boyfriend. The urban magic girl teamed up with Black Alice and Zachary Zatanna in a Teen Titans back up feature. Most recently you can find her tending bar for Detective Chimp in Justice League Dark, but we’re not entirely sure Bobo checked her ID before she got the job. 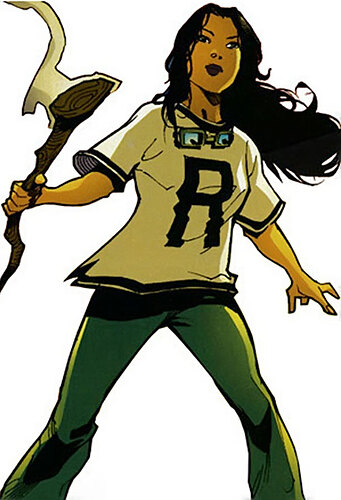 met Natasha Steel with who she had a short relationship

Said relationship still existed in Phil Jimenez’ Superwoman series, post-Rebirth. (I don’t think either of them showed up anywhere between Flashpoint and Rebirth?) No mention of whether her relationship with Jaime is still in historical play, but they seem pretty tight, as both a team and loose family unit with John Henry and Lana. I don’t think there’s any mention of whether they’re still together in their separate titles. (Natasha is in Titans, which I haven’t read, parallel to Traci in JLD, but there hasn’t been anything there to assume they’re no longer together.)

Depending on how pedantic you want to be, sure. Since time is weird with Flashpoint and Rebirth, I’m just calling in to question the word “short.”

Okay, I’ve been known to be pedantic. Short is gone.

Pendantry is next to godliness, I hear.

Another good reason for me to read Blue Beetle.