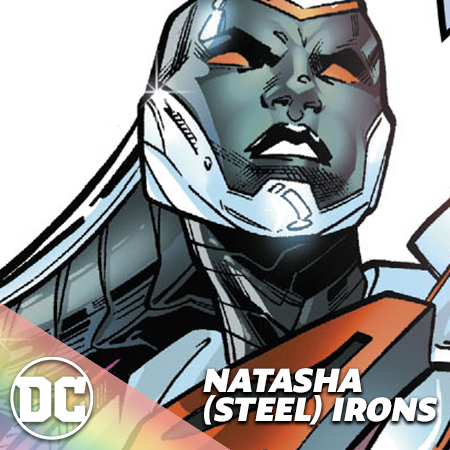 Pride Profile: Natasha (Steel) Irons. Brains, courage, good looks, and wielding a mean hammer run in the Irons family. In this Natasha, despite some reckless turns along the way, takes far more after her uncle Henry than her super-villain father. From the beginning in Steel #1 by Louise Simonson and Chris Batista, Nat exhibited all the qualities that would make her a hero. Her first turn as Steel was ended by John Henry himself, but Nat is not the kind of girl to stay down long. After turns with different names and powers, she returned as Steel in Superwoman with armor that put the original Steel to shame. Nat hasn’t had a lot of time for a personal life along the way, but she managed a romance with Traci 13 for a while, and here’s hoping she’ll find love again soon.

I out to give that Superwoman book a try sometime this month, see that relationship among other things in that series.

I need to pick it back up myself, read the first 12 I think