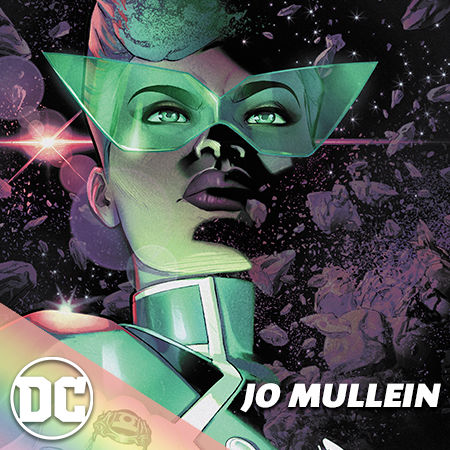 Pride Profile: Sojourner “Jo” Mullein, Green Lantern. Did we really need another human Green Lantern? N.K. Jemisin and Jamal Campbell answer that question emphatically in Far Sector with a yes, because we haven’t had Jo Mullein. This military veteran and former police officer is still learning the ropes of being a Lantern, all while being challenged by a uniquely powered ring, in a territory far from the Corps, with an ex-girlfriend for a roommate and romantic interest with a man who isn’t accustomed to emotions. This beautifully rendered series is infused by its creators with Black culture and identity, from Jo’s personal history, the people of the planet she’s protecting, to the quotes of great Black writers woven throughout the story.