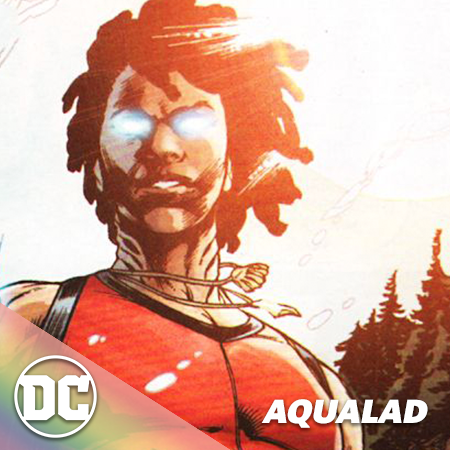 Pride Profile: Aqualad Jackson Hyde/Kaldur. Originally developed for the animated Young Justice as Kaldur, Aqualad appeared first in Brightest Day #4 as Jackson Hyde. Though they weren’t identical, over time they seemed to have morphed into essentially the same character. The son of Black Manta and an Atlantean, Jackson was raised in New Mexico far from the ocean with the secret of his heritage and his father kept from him. The struggles dealing with the effects of this unknown past and growing up a young gay black man led Jackson on a journey of discovery that would take him to the deepest depths of the ocean, confrontations with his father and accepting the mantle as one of the future’s greatest heroes.

Pride Month Club Discussions. Need a deeper look at these characters in action? Check out these club discussions from across the DCUI.