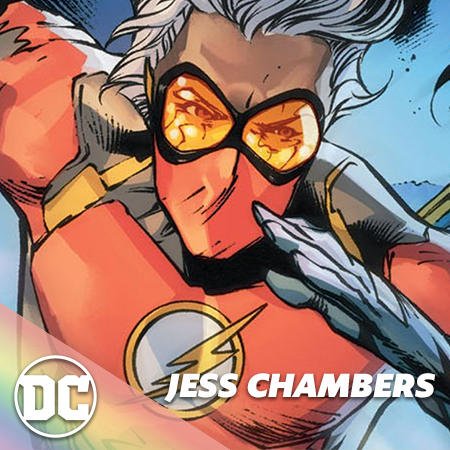 Pride Profile: Jess Chambers. It doesn’t get more current in Pride characters than the newest hero to carry The Flash name, Jess Chambers. They were introduced in 2020 DC’s Very Merry Multiverse by Ivan Cohen as Earth 11’s Teen Titan, Kid Quick. A grown Jess would later cross over from Earth 11 to Earth 0 to warn the Justice League of a new threat in Future State: Justice League. Staying on as a member, this genderfuild speedster and Andy Curry the Aquawoman, brought a much needed touch of humor and romance to the series. There’s little doubt that we haven’t seen the last of Jess. 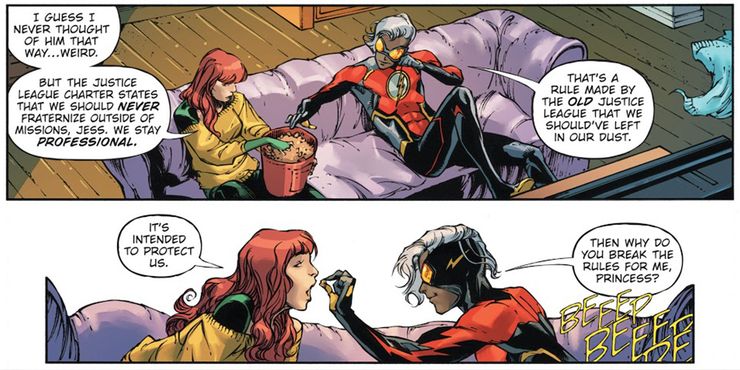 For more Pride Profiles and discussion, check out these club discussions from across the DCUI.

There’s little doubt that we haven’t seen the last of Jess.

I’d like to see more of the 2040 Justice League overall. As much as I love prequels, I want characters to age normally. DC often publishes ongoing series published in the distant past of future, so why not in nearer time periods? Why can’t we have ongoings with Golden and/or Silver Age-style rosters, and/or rosters straight out of DC: Future State? Sort of like DC: Future State, except a permanent setup, and spanning the past and present as well as the future?

Well said, and in the era of digital first comics there’s more room for different takes