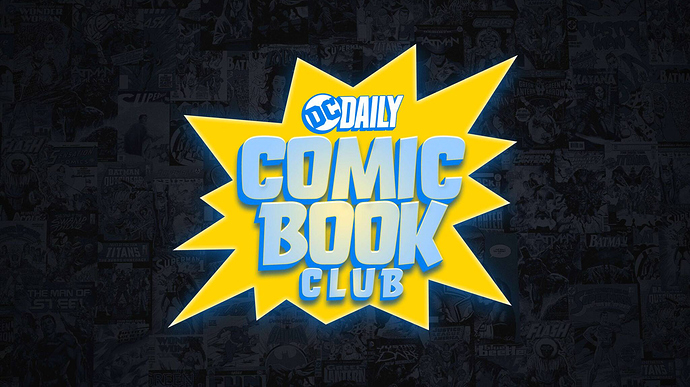 DC Daily has released a new series called, DC Daily Comic Book Club, and it is every bit as amazing as it sounds.

It’s the comic book shop talk that we’ve all been missing right in our living rooms (or wherever you watch it)!

Let us know in the comments below what episode is your favorite!

there a actually thread

More of this please. More in depth reviews of comic book arcs available on DC Universe.

I really liked the Batman: Hush episode and Superman: Red Son episode as well! The Gotham Central one was my favorite though. The whole series is phenomenal!

I’ve only watched the first episode and half of the second and I like this show. It’s like a morning talk show, but about comics! I had to stop the second episode because I was inspired to read Forever Evil and want to finish the episode after the read. Looking forward to the rest of the show.

there a actually thread

Not yet, but there could be! Maybe we’ll look into cooking something up on an ongoing basis. in the meantime we have TONS of deep dive comic book discussions in our Fan Club section, right over here; this week we’ve got discussions going about White Knight, Batman: Death of the Family, Batman: The Dark Prince Charming, Doom Patrol (1987), The Psychology of Sinestro, Catwoman in Animation, Green Lantern: The Animated Series comics, Life After Death (ft. Damian Wayne), JSA: Just Like Lightning, and more!

I liked the discussion on Doom Patrol for this week. This story was such a trippy read back in the day so getting a chance to revisit it made me happy! Crazy Jane was such a great character in this storyline. Grant Morrison was doing such bizarre stuff, but I really enjoyed his run on Doom Patrol.

This is my new favorite show in any medium! I love the Hush episode! I’ve never entertained reading Batman/Teenage Mutant Ninja Turtles book and now I’m excited to jump in! I so hope there is another season of this and would love to see you guys talk about Batwoman: Elegy and Injustice: Gods Among Us. I know Injustice is over 5 years, but I’d love to hear your thoughts on my favorite alternate universe of all time.

How about taking on Brad Meltzer’s Identity Crisis. I’ve loved this book since it came out. It was a real game changer as far as real world implications of being a costumed hero.

I love Tim Drake’s arc in this story. Also, I love how much of a machine Deathstroke is whilst fighting the Justice League.