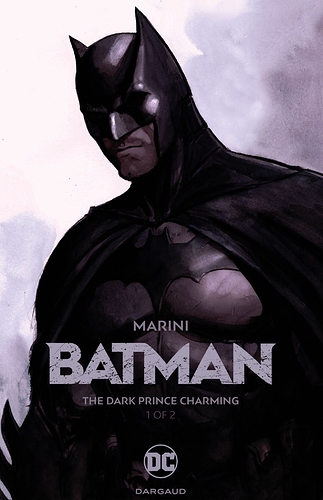 Acclaimed European comics master Enrico Marini (Eagles of Rome, Le Scorpion) makes his American comics debut with an original, two-part graphic novel starring the Dark Knight! What secret connection do both Batman and The Joker share with a strange and mysterious young girl? After she’s kidnapped by The Joker, Batman must plunge deep into the underworld of Gotham City and race against time to find out where she’s being held. The stakes are high, and for Batman, it’s personal!

This week at DC Universe Book Club we are taking a look at Batman: The Dark Prince Charming. This alternate take on Batman is brought to us by famed Enrico Marini, and offers lots of surprises. This is going to be a fun one!

I hope you all are staying safe and most importantly healthy.

Nice! We actually covered this a couple months back over at the World of Bats, and I have to say for anyone who hasn’t read it, you’re in for a hell of a treat, one of my favorite outside continuity Batman tales in recent years.

Was such a pleasant surprise, did not know anything going in. It is a classic Batman/Joker story that no one talks about enough. The artwork is also fantastic.

What a great cover!!! It’s beautiful. Can’t wait to read it!

Yeah, I quite liked it when WOB recently read it. It’s not drastically different than an in-continuity story, but it’s the type of comic that I could imagine giving to someone looking for a good standalone Batman adventure with none of the burden of continuity.

you’re in for a hell of a treat, one of my favorite outside continuity Batman tales in recent years.

This is a great one that went under my radar and I feel like many others. I love how simple this story is and the art is just beautiful. Also if Harley is gonna sport anything other than the black&red jumper, this is my second favorite look for her.

love how simple this story is

That’s one of my favorite things about it. It’s so accessible.

Is this your first time reading Batman: The Dark Prince Charming?

Yes this is my first time reading this series.

What did you think of this alternate take on the Batman Mythos?

I enjoyed this take on Batman and thought the story was an interesting take and really had me questioning the ending. I thought for the most part it was very true to many of the other Batman stories that I have read and seen.

Which Character did you enjoy the most?

I think for me there were two characters that I enjoyed the most they were Alina and Archie. Alina was one hard-core kid that didn’t take anything form the Joker, Harley, Archie or really anybody in this story. I enjoyed Archie more for the comical side than anything else that he brought to the story.

My favorite panel was 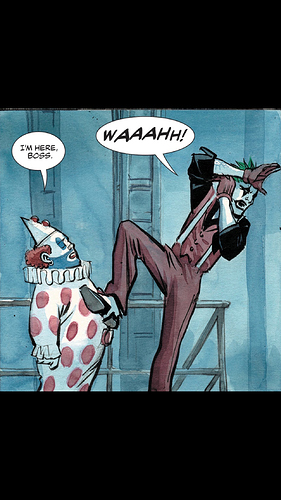 image1242×2208 1.04 MB
this panel made me laugh and the fact that Joker got scared by Archie was another bonus.

Thanks for picking this series out for this weeks book club. Looking forward to seeing what series is next.

It almost looks like Robert Pattinson when Matt Reeves reveled his portrayal of Batman.

enjoyed Archie more for the comical side than anything else that he brought to the story.

He was absolutely a favorite of mine as well. He brought a lot of fun to the story.

As a side note. I absolutely love one of the first concept sketches of Archie. Back when he was called Artie 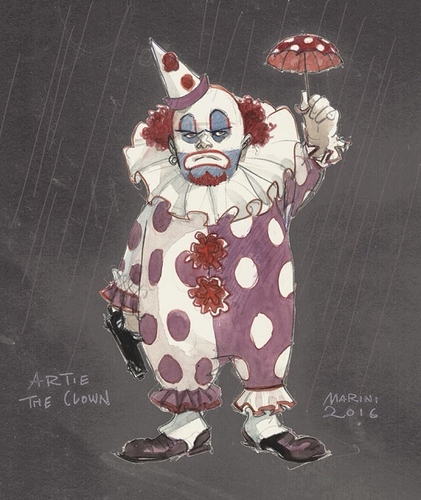 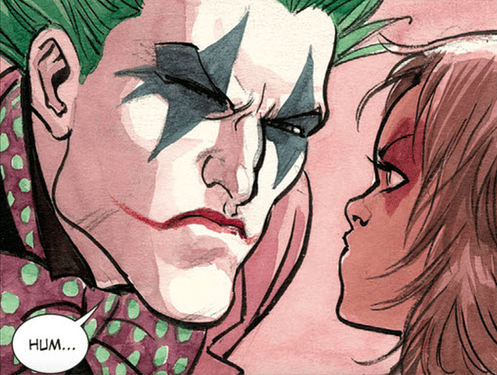 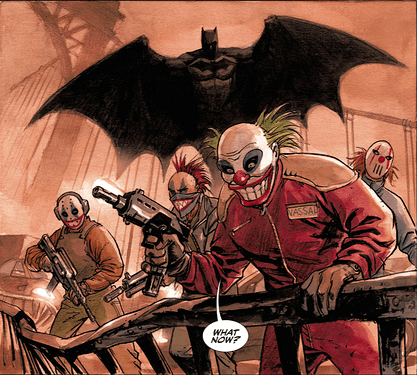 @MattMcDonald This book was a total treat to read. The end was fabulous and my mind is spinning with all the possibilities and storylines that could come from this! Thank you so much for selecting this!

Love that second panel you chose. What an amazing “Batman” moment! Glad you liked it!

It’s funny you say that, because his look and demeanor in this reminds me so much of Ben Affleck’s Batman. Even the final confrontation in the warehouse felt evocative of the Martha rescue in BVS.

Nope – read it once when it was on sale and again when @AquamonC137 chose it for the World of Bats club back in November. Still a fantastic book to reread.

I thought it was really well done. It took some directions that were surprising, but it felt really true to the core of what one would want in a Batman comic.

So many to choose from! The new characters in Artie and Alanna were great. Artie was hilarious and in some exaggerated ways, I can almost relate to him.

Alanna was also really cool – like others have said, it was awesome to see her not be afraid of the Joker and in some ways save the say, but she still felt like an authentic kid. One of the reasons why I would love to see more of this universe is to see how she grows up.

One character in this that was surprising was Harley, because she’s been independent in regular continuity and other takes for so long, it was almost surprising at first to see her as a henchwench again. I think it worked really well here – and who knows, maybe in future installments she could break out on her own a little more.

Look, I just want more of this story, okay?

One of my favorites was the double page spread of Batman brooding over the sunrise, so high up of Gotham you can see the clouds. It’s a classic Batman motif, but done in such a way that feels different, which is just this series in a nutshell. 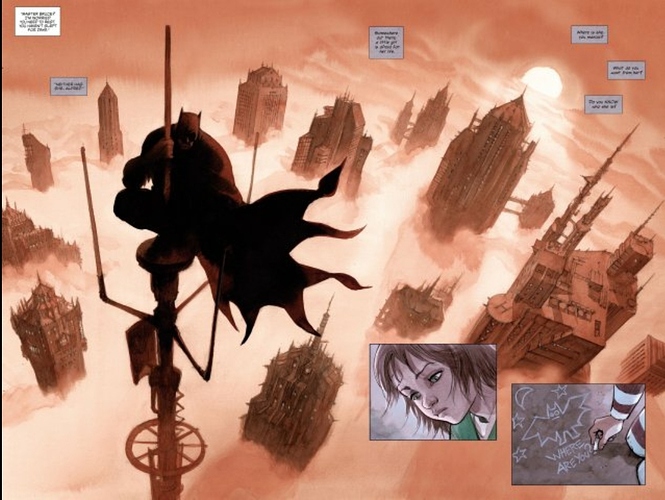