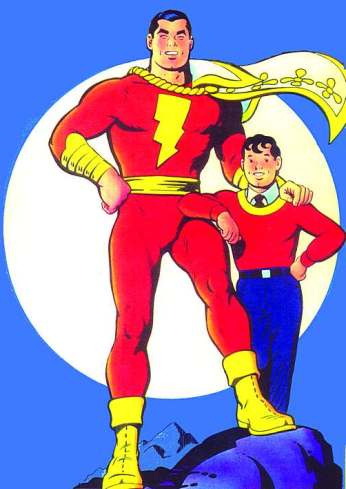 Welcome to the official headquarters of the Acquired Taste Book Club! We have a handy link for you to click on and everything! Click the link! Get the snazzy Question flare! Acquire the taste! And check if your favorite DC acquisition has a Captain!

In case you weren’t following along with the original topic over in Comic Books, this is a club dedicated to characters acquired by DC from other companies. Don’t know who they are? Have a gander below!

We’ll be rotating through these four companies on a weekly basis. Head into your profile, visit Preferences > Notifications > Tags, and stick the #acquired-taste tag into the “Watching First Post” box to receive notifications when a new installment of the club drops.

For questions, comments, concerns, criticism, or effusive praise of my magnificence, DM me @BatJamags. Actually, the latter should be done frequently and highly publicly, but I won’t be offended if you also tell me how great I am privately.

And actually there’ll be plenty of time for Questions in the actual book clubs, but only during Charlton weeks.

Say… where did you read all those older marvel tales?

Hello then, Warner Bros. Let DC digitize them all! It is commanded!

Sounds fun, Golden Age comics are what first introduced me to DC comics! so reading some of their older acquisitions should be fun!