Hello and welcome once again to the World of Bats, the Batman Book Club! This week we’re finishing up celebrating our One Year Anniversary with another big anniversary issue and a story-arc that follows, with “Gothtopia,” written by John Layman (of Chew fame) and Jason Fabok (who’s this little artist guy who’s been doing this one Batman story you might have heard of, Batman: The Three Jokers?). 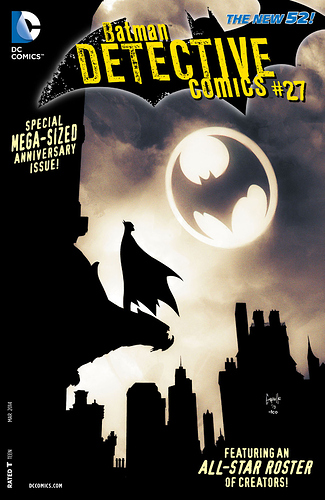 You can read these three issues down below:

Let us know what you think of both the main arc and the amazing celebratory shorts from #27 down below!

If you want to know more about the World of Bats Book Club, as well as see what we’ve previously discussed, click HERE!

If you have any questions, you can contact @Jay_Kay or @BatJamags.

Since there are now a lot of great Batman-related Book Clubs, I want to start giving them a shout-out! So if you’re looking for more Batman stuff to read:

Over at the Dick Grayson Fan Club, they’re at the tail end of the first part of the deep dive of the 2016 title “Grayson”!

[514cjCUwIgL] Hey, @DickGraysonClub! Sorry for the delay! @A1waysAJ and I thought it’d be better to wait for August 1st so we could have the entire month for our next event instead of ending halfway through it now that we’ve moved to month-long events. I hope you guys are excited because we’re going to be reading Grayson #1-11 and Grayson Annual #1 this month! Once he was Batman’s partner, now Dick Grayson is an agent of Spyral, on a secret mission to take down the organization from within. :…

Over at the Renegade Robins Club, chronicling two of my favorite problematic faves Damian Wayne and Jason Todd, they’re exploring the second arc of Red Hood & The Outlaws, “The Starfire,” the second half of “Batman Incorporated,” and continuing their several month deep dive into the infamous Countdown to Final Crisis!

[Hood_013] Hello again @RenegadeRobinsClub! Hope you’re all safe and healthy. We are continuing our look at Batman, Inc. Volume One. (We will take a look at Vol. Two once we crossover into N52 territory and reach it.) So lets get started shall we. Join RENEGADE ROBINS [RCO048_1473649274] Seems Damian and company have their hands full doesn’t it. This weeks issues Batman, Inc. (2010) #5-8 Batman, Inc: Leviathan Strikes. Discussion Drop your comments below on what you think of the stor…

[Countdown 40 cover] Welcome to a special Multi-Month Event from the Renegade Robins Club! Some stories are too big for our regular weekly readings, and we want to give you the chance to experience them in full. Case in point: the weekly series Countdown to Infinite Crisis, which consists of 51 issues that literally count down to issue #1! We will read 5 issues per week as we journey through this event! Among the various plot threads in this epic story, we find the Red Hood (Jason Todd) joinin…

Over at Harley’s Crew, discussion is up for two different stories: the classic “The Batman Adventures: Mad Love,” and the first four issues of the New 52 Suicide Squad!

And if you’re STILL not Harley’d out, the DCU Book Club is also showing her adventures in the first five issues of Suicide Squad Rebirth, “The Black Vault!”

[Annotation 2020-08-24 094224] “The Black Vault” part one! When a mysterious and definitely super-important cosmic item falls out of the heavens and into enemy hands, America has only one option: Task Force X, Amanda Waller’s strike team of incarcerated super-criminals. A one-stop-shop for plausibly deniable espionage and ultra- violence, this “Suicide Squad” only handles missions they’re not expected to survive. An insane new era of SUICIDE SQUAD begins here with superstar artist Jim Lee and…

There is also a Batman: Cataclysm & No Man’s Land Read Along going on!

Batman: No Man's Land (and Cataclysm) Read Along! Community Events

Come! Join the me in reading the greatest Batman story ever told (yeah, I said it! Challenge me!) We will read three issues a week. NML is the story that introduced, among other things, the map of Gotham, Mercy Graves, Harley Quinn, Cassandra Cain, and the Oracle/Nightwing romance to comics! A summary before we begin, Gotham was just quarantined because of a virus called the Clench (sounds kind of familiar…). Batman has just recovered from being broken by Bane, Barbara has just become Oracle,…

If there’s anyone I missed, please let me know!

There is also a Batman: Cataclysm & No Man’s Land Read Along going on! 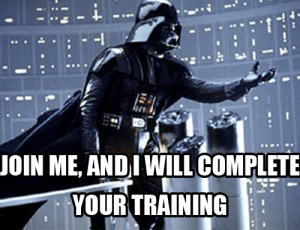 I’m just left feeling bad for Selina at the end.

It’s a fun story. It was kinda cool to see Scarecrow as the main villain and seeing Poison Ivy as an ally instead of an enemy was a different take.

The shorts were great. I think I especially enjoyed the one titled Rain. The art style for that one was awesome

seeing Poison Ivy as an ally instead of an enemy was a different take.

She was already leaning toward a redemption arc before Flashpoint, but she is practically an antihero by this point, and that’s not necessarily a bad thing.

I gotta admit something…I hadn’t fully read this when I wrote this up to do for the club.

Just finished it today – I liked it. It’s an interesting hook, kind of reminds me of a mix of B:TAS episodes Perchance to Dream and Dreams in Darkness. In terms of writing, it’s solid, with a great handle and usage of continuity, much like John Layman’s previous arcs on the book. On one hand, it’s all good qualities that makes his run a solid one for the books, but on the other, considering some of the wilder, out there concepts in his most famous creator-owned book, Chew, I kind of felt like I was expecting more punch in these books. Maybe if he had more free reign, he could do something really cool with the character.

Art wise is great, though the sudden art change is very abrupt. I get why (from the looks of it, Fabok was taken off of Detective to work on the first four issues of the Batman Eternal weekly series), and Aaron Lopresti is a great artist, love his run with Gail Simone on Wonder Woman. But going from Jason Fabok, who’s basically this generation’s Jim Lee, to Lopresti is a pretty big jump. Kind of makes me wish that Fabok had more of a one-shot story and Lopresti did all of Gothtopia.

I’m just left feeling bad for Selina at the end.

Yeah – while the idea of Selina being a sort-of Robin kind of rubbed me the wrong way, them being together was fun to see, even if it was taken away almost as quickly as it came along. I think that’s part of what I liked about King’s run, where they finally got rid of the “will they won’t they” dynamic and just decided they will.

It was kinda cool to see Scarecrow as the main villain

Totally agreed, he doesn’t get nearly as many big starring arcs as he should.

I especially enjoyed the one titled Rain. The art style for that one was awesome

Oh yeah, that was a great one by Francisco Francavilla – great mood, and the fact that he was able to do that story in just two pages is legit insane.