Batman: No Man's Land (and Cataclysm) Read Along!

Come! Join the me in reading the greatest Batman story ever told (yeah, I said it! Challenge me!)

We will read three issues a week.

NML is the story that introduced, among other things, the map of Gotham, Mercy Graves, Harley Quinn, Cassandra Cain, and the Oracle/Nightwing romance to comics!

A summary before we begin, Gotham was just quarantined because of a virus called the Clench (sounds kind of familiar…). Batman has just recovered from being broken by Bane, Barbara has just become Oracle, Jason is still dead, Harold Alnut is a guy, it’s 1999, and Commissioner Gordon is married to Sarah Essen

You had me at:

Of course it will be…I absolutely ship them together

How could you THE!

I’m not one for romance, but I don’t mind Oracle/Nightwing

Oh you are asking for it! Prepare for education! This week,

(To be fair, this is just the start of O/N. It doesn’t really go anywhere until after this.)

I will not apologize

Kori/Dick forever! Or Dick and whoever, I’m mostly just anti dick/babs, I see their relationship as more brother/sister…

I see their relationship as more brother/sister…

Don’t kill me THE, but I do see Grodd’s point.

I can see it going both ways - they could have a sibling relationship or they could be childhood friends who end up falling in love. I probably prefer Dick/Babs more than Dick/Kori but I’m pretty indifferent on the matter

I used to be all the way O/N but now I see it from a unique perspective,

Babs is the best thing that could happen to Dick.

Dick is one of the worst things that could happen to Babs.

Dick is a jerk and terrible boyfriend. Babs is is perfect.

Kori is … well … I just don’t like her. At all. Dick may be a bad match for some but I do like him enough not to wish that on him.

Back to NML (or Cataclysm if you will), 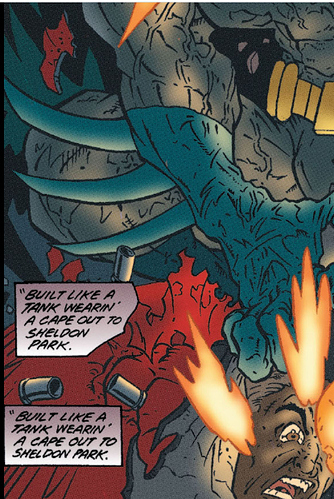 I loved the realty vs story side by side and the art.

Shadow of the Bat notes:

Once again, the batcave is nice. I always love seeing the trophy room.

Anarky! I liked his interaction with Bullock.

Um… this is clearly not an electric wheelchair. Why does it have a powerpack? 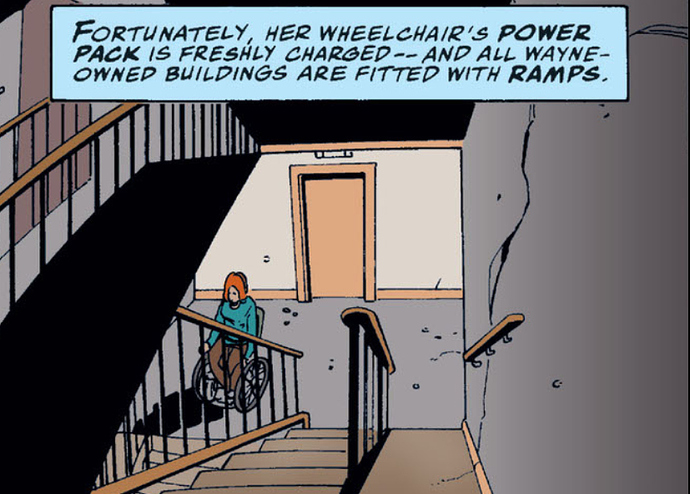 The ramps are nice though. I always figured she used the elevator.

All that great batcave shots… I guess we won’t be getting more of those for a while… or will we?! (heh hehe heh) 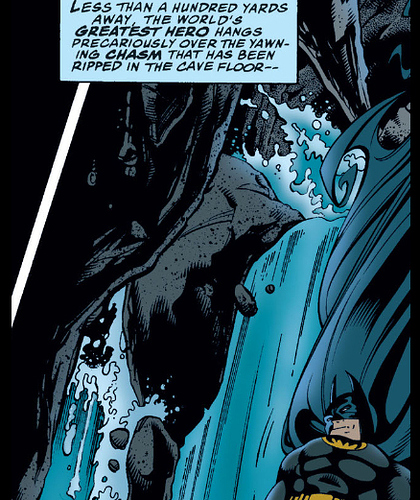 Just a “NML-ism” keep a sharp eye out for Zesti colas.

I’ve never been in a 6.5 earth quake but where is all this fire coming from?!

We request that you attend the wonderful event know only as “Batman: No Man’s Land (and Cataclysm) Read Along!” We are sure your presence would be greatly appreciated.

Hoping this finds you and your’s well,
TheoversellingitBatmanofNML

I am here! I also just purchased Cataclysm on Comixology just because I want to own the full thing,