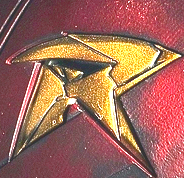 Join the club by clicking this link!

Welcome to the Renegade Robins Club! We are dedicated to reading stories featuring Batman’s greatest sidekicks: Jason Todd, Damian Wayne, and Stephanie Brown! (We don’t want to hear it, Dick and Tim fans!

) The discussions threads are linked below.

If you need to contact us, just reach out to @AlexanderKnox or @JasonTodd428!

Feel free to introduce yourselves below! Let us know when you first encountered these characters, and tell us which one is your favorite!

Just so you know, it looks like people can’t join the club yet. I’d go to your club page, hit the “Manage” button with the little wrench logo on it. Go to “Membership” and click the “Allow users to join the group freely” button.

I’ll go ahead and provide a link to the first week in this thread.

[Jason%20Todd%201st%20Panel] Jason Todd’s First Appearance Welcome, readers! The Renegade Robins Club is your chance to experience the complete story of the second Robin (and the second Red Hood) from the beginning! Our club is meant to be a complement to World of Bats: The Batman Book Club!, not a competitor, so we will be taking two weeks to read every storyline in Jason Todd’s journey. (For those looking to hit the high points of the character, be sure to check out the Characters of DC Clu…

[Nocturna%201st%20Appearance] Nocturna: Literally a Knock-Out The Renegade Robins Club invites you to see the beginning of Doug Moench’s run on the Bat-books! Jay Todd is not Robin yet, but while we wait for him to get the gig, we can enjoy the debut of some exciting new rogues, including Nocturna! Also, we get appearances by Man-Bat and (in his 2nd appearance) Harvey Bullock! Join the club: https://community.dcuniverseinfinite.com/g/JasonToddBookClub And for more Community Events appearance…

[Jason%20Joker%20Bat%20366] The Renegade Robins Club is back to give you the moment we’ve all been waiting for: Jason makes partner! On top of that, we get the first confrontation between Jason and the Joker! (Don’t make a habit of it, Jay!) Get ready for an appearance by Poison Ivy, the return of Alfred’s estranged daughter, a bad turn for our favorite commissioner, and the introduction of a brand new baddie named Chimera! Join the Jason Todd Book Club today! Click this drop-down menu to see…

[Jason%20Costume%20A] [Jason%20Costume%20B] The suit makes the boy… The Renegade Robins Club is officially the Robin II Club now that Jay has taken the moniker! (Don’t worry, Hoodies: he won’t stay that way forever.) But what happens when Dick’s old rivals come seeking revenge against the Boy Wonder? Crazy Quilt targets the wrong Robin! And he’s not the only quirky recurring villain this time around. Expect an appearance by none other than Catman! Finally, get ready for a new villain to enter …

[Jason%20Todd%20frozen] Robin on the Rocks Brr! It’s a chilly week for Batman and the Boy Wonder! The Renegade Robins Club invites you to join Jay in facing off against some classic Bat-rogues! We have Scarecrow, Penguin, and Mr. Freeze giving trouble to Dynamic Duo Part Deux! Join the Jason Todd Book Club today! Click this drop-down menu to go clubbing with Jay:

[Batman 377 1st panel] Prepare for melodrama. The Renegade Robins Club is no longer in Batman’s custody! Last week, Bruce discovered that the Child Welfare Bureau had taken Jason away from him, and now they’ve given the boy to Nocturna! Meanwhile, Thief of Night has rebranded himself as Night-Slayer and is set on revenge, as is Dr. Fang. On top of that, the Mad Hatter’s back! Join the Jason Todd Book Club today! Click these drop-down menus for some bonus info:

[Black Mask] The Renegade Robins Club introduces two brand-new rogues for Batman: Darkwolf and Cutter! Oh, and some dude named Black Mask premieres in these issues, too. (Like that guy will ever appear in a movie, right?) Catwoman and Calendar Man drop by as well. Join the Club today! Click these drop-down menus for some bonus info:

[Tec 555 Jason] Doug Moench took a week off… This Renegade Robins Club (formerly known as Jason Todd Club) session comes straight from the pen of Jason Todd himself! See two Flash rogues (Mirror Master and Captain Boomerang) drop by Gotham! Watch as Jay teams up with Bullock! Behold the addition of Catwoman to the team! Witness the debuts of Dark Rider and Film Freak! Join the club today! Click these drop-down menus for some bonus info:

[s-l300] Welcome Renegade Robin followers to the first week of the Damian Wayne Book Club. I’m JasonTodd428 and I will be your host for this episode of RR. I look forward to reading, watching and discussing the character and stories of the Son of the Bat with all of you. So let’s get started shall we. [damianwayne1] YES DAMIAN WE KNOW. Damian Wayne (or at least his precursor) was first introduced in the out of continuity story “Batman: Son of the Demon”. Grant Morrison used this story as a…

There’s a Robin club? I’ve had a profile pic of Damian my entire time on this thing and no one ever thought to tell me?

Well, it was the Jason Todd Club until last week. We just added Damian to the roster.

[Batman 400 Jason 4] Only for this run! After 3 months of adventures (3 years if you were reading these books in the 80s!), Jason Todd of the Renegade Robins Club says goodbye to the 1980s run of Doug Moench. But fret not: Earth-One goes out with a bang as the entire rogues gallery comes out to play! Join the club today! Click these drop-down menus for some bonus info:

Also there’s going to be a Robin event next month in honor of 80 years of Robin. Several clubs are banding together with Robin related materials and WALs in case you’re interested.

So glad I found a club for my 2 favorite robins.

[pompous-old-man] Week two of the Damian Wayne Book Club here at Renegade Robins is here and do we have a doozie of a story for you all this week. It’s the first crossover storyline that Damian was involved with and he isn’t even wearing the RED, YELLOW AND GREEN of Robin yet, or at least not officially. [RCO002] I think we can all agree that Ra’s is insane, right? Son of Batman News: Current Comics: The Djinn War continues over in Adam Glass’s Teen Titans # 40 out 3/18 Damian will a…

I don’t know why it didn’t inform me that I was tagged.

Not sure why that happened @Behemoth.

(Let me know if you got that one this time.)