,
Being sick is no fun

,
In a comic book did any DC Superheroes fight crime while having a cold?

Three questions for ya, and anticipating a reply until the next official “office hours” on the 9th.

I had mentioned in an earlier post about when we could get an updated vision statement and perhaps some insight as to what content would be rolled out and coming back.

(Especially in light of the consternation about all the stuff that is bring rotated out come January 1st. I had a reminder to re-pose the question for the first “official” 2020 office hours on the 9th.)

One other question, I’ve been around monthly since launch. So I figured I’d ask. Any chance of getting the $60 annual rate, if I can scrape up enough cash to go yearly? (Kinda doubting it, but I figure “Ya don’t ask, no way you’ll get.)

Are we going to have to wait for the binge editions of Doom Patrol & YJ season 4 until just a bit before these seasons are launched? The binge editions have been such a great idea. Really love them, so I’m hoping we get them sooner rather than later.

Hope you had a pleasant new year and got done well deserved R&R.

P.S.
Really digging the curated content like “The Batmen” in the doco section. Hope more of those are in the pipeline. (Crisis on Infinite Earths book club, the Michael Uslan interviews and the interviews with the DCAU participants like Andrea Romano, Kevin Conroy, Susan Eisenberg, etc) really think those would make for great curated doco content.

,
I was thinking while watching Togo on Disney +, DC Universe should have their own exclusive movie. Why not make like JSA, or The Question or maybe a film of a rarely use hero or villain. What you think?

@Reaganfan78 DTV movies for DC Universe and/or HBO Max are a great idea.

They’d be a good barometer to see how the public might react to bigger budget theatrical releases featuring certain characters.

Hello @Applejack! From what I’ve pieced together digging around this thread and the Suggestions one, is it likely we will see a “read” indicator function added sometime around February? I sure hope so for the sake of my OCD … OCD … OCD … 1, 2, 3 … 1, 2, 3.

@Reaganfan78 @Vroom I always thought the Just Imagine Stan Lee Presents would be an excellent source for a series of TV films. They could make a full series of films, tying together eventually. Plus, I don’t think the box office draw would be there, but on a service like this, they would probably be watched quite a bit. The reason I would think the box would be wrong for them is simply the commitment to each part.

,
Here’s a fun question, on

U.S.S. Poseidon as the clock strike

12:00, everybody is celebrating the New Year,

. Then Suddenly a Rouge wave

hit the boat and turn it over upside down! Only a handful Survive. Now no cheating by using power or have anyone from Alantist, which five of 10 of DC Characters can survive by escaping the boat? Remember the water is rushing in and it’s not easy to get to the engine room.

Hey I said no power, LOL!

So, do the bat fam have to give up their gadgets? Kinda the same thing, a tool more than a power…

My first musings have to do with Clubs. From what I’ve read regarding the Clubs, applications for new clubs are closed until Jan. 6th (which is rapidly approaching and I’m hoping that I get an answer before then, but I’m not sure if you’re going to actually do Office Hours this week…). I’d like to know what the procedure is gonna be to apply for a club once that opens? Will there be an actual form to fill out? Where should we head on Jan. 6th to submit our Club ideas?

Also, what if two people submit the same idea for a club? Assuming that the idea is good enough to approve the application, would the club go to the first person to submit the idea? If you approve someone’s idea for a club, but someone else had submitted the same idea like…let’s say a day…after them; then would you give the club to the first person who submitted the idea, but maybe give the two of them the opportunity to work on the club together if they both thought that was fair and both wanted to? I could definitely see two people with the same idea either doing a fantastic job working on a club together, or trying to kill each other lol, so I’m not sure that last idea is the best, but I’m just throwing that out there.

“Can annual badges be assigned to those who had 12 1-month subs?”

I’m also interested in the answer to this question. I’ve had a paid subscription to DCU since the very beginning. Heck, I’ve been a My DC member since March 2017. And I probably would’ve picked a different handle for myself when DCU started, but my Charlie Sheen’s Dealer login carried over from before DCU existed and now I don’t really wanna change my name because I feel like then people wouldn’t recognize me lol. But I digress - my point is that I’ve always paid monthly rather than annually, but I’ve paid for my subscription every month, consecutively, since DCU launched. I had simply assumed that the annual badge counted no matter how you paid, so I’d be interested to know what the final say on this is.

While we’re on the subject of badges, I’d also like to make a note about the Completed Your Team Training and Welcome to the Justice League badges. I’ve done both the Tutorial and the Advanced Tutorial, but I notice that it hasn’t awarded me with either badge. I also noticed that no one has been awarded those badges yet though, so I’m assuming that there’s definitely a bug there lol. (I posted a reply in the Community Software Updates Profile Bios are Back + Badges thread with this information, but I decided that it was probably better to post it here.)

Lastly, I’d like to weigh in with my two cents regarding @LifeNoob98 post several months ago suggesting a name change for the DCU Mods from Alpha Lanterns to something else with less “emotionless a-hole” connotations lol.

This is all just some creative feedback. I just feel like our amazing mods shouldn’t take the name of one of the worst aspects of the Green Lantern Corps.

I couldn’t agree more with this post because I had the exact same thought when I first read #12 - " Respect the Alpha Lanterns." - in the Code of Conduct. The Alpha Lanterns were pretty much a horrible mistake on the part of the Guardians and it does seem sad to impose that name onto our awesome moderators. 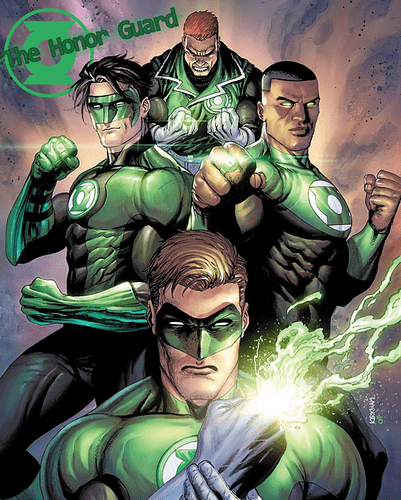 Ok, I think that’s it for my Office Hours inquiries/comments. Looking forward to participating in the next Office Hours session! As always, thanks for everything you do to make our Community so awesome!

Couple of weeks ago, Applejack said she’ll being doing the office hour last week and Tomorrow, She’ll start at 6:00pm PST/9:00 EST, She probably will get to your question around 6:40-7:15 since there’s some questions ahead of you.

I was thinking about Book Clubs and what they would likely LOVE to have right now, and it clicked. If we could make our own list and publically share them, it would be AMAZING.

Given that all personal list you make have a public and private option, but only private works. Is there any update on public/shareable list. Example, I could create a list of that weeks books.

@Nathan.Payson I asked that same question back in March because I was trying to figure out how to find/save story arcs. I asked @Applejack if there was a way to make our lists Public (since, as you said, there is an option for both public and private when making lists). I also asked if there was a way to Search other people’s Public Lists (like the same way you would search a community topic basically). I was thinking along the same lines you are: It would be awesome to make and search public lists. Here’s what she said on the topic:

“As for publically viewing lists, that is functionality we have not yet put in place, but we are working to offer even more robust profiles in the future. Stay tuned!”

Here’s the link to the whole conversation if you’d like to view the thread. It’s fairly short.

Keep in mind though, that it was March '19 when @Applejack and I were having this conversation, so - fingers crossed - she might have some more updated information about when ‘being able to publicly view lists’ will be implemented…?

And @Reaganfan78, thanks for the info!

Super easy one: when is DC Daily coming back? Also, Happy New Year!

And can I put this here?

Reflecting on 2019: A DCU Year in Review Everything DC

What are YOU looking forward to in 2020? poll

Applejack here, ready to answer almost any of your questions about the goings on of DC Universe. I can see the inbox is stuffed tonight, so I think this calls for some coffee and a cookie- ETA 2 minutes!