Hey everybody! Remember when we read Heroes in Crisis?

Remember who died and came back w/ no skin?? 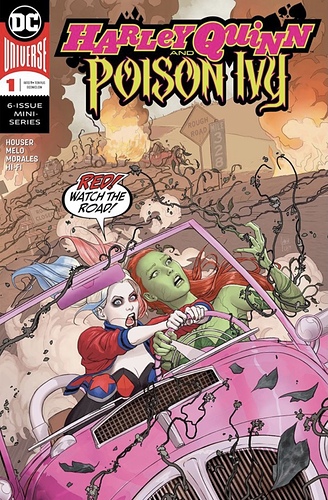 Following the events at the Sanctuary, our favorite eco-feminist,

Ivy… hasn’t quite been the same. Her memories are fragmented, her connection to the Green is volatile, now she and Harley (and WE!) are seeking answers. Let’s roll.

Supplemental reading (if you’re interested): Road to Heroes in Crisis: Everyone Loves Ivy 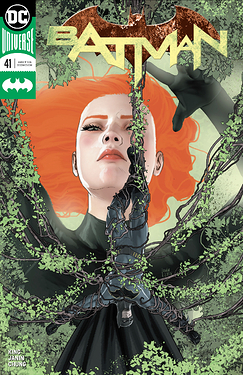 I read this for PoSV. I liked it. I think I will keep my man-splaining in that thread and post panels here. Same with the HQ&PI meet B&V.

Hey @AntLeon! I really enjoyed it, too—lots to say tho! (Been waiting quite a while to read this one w/ a group). Don’t be shy sharing your thoughts, of course. It’s only mansplaining if it’s condescending or redundant, lol!

Oh, and I just linked the POSV discussion in today’s announcement, btw!

Ps. Everyone: for those who might not know me, I have a bit of a thing for variant covers, and these are a couple of my faves from this series.
This first ones Joshua Middleton and was split into 2 covers 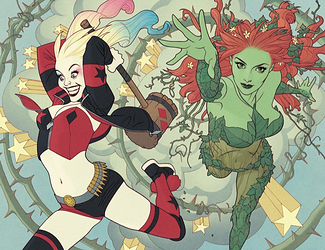 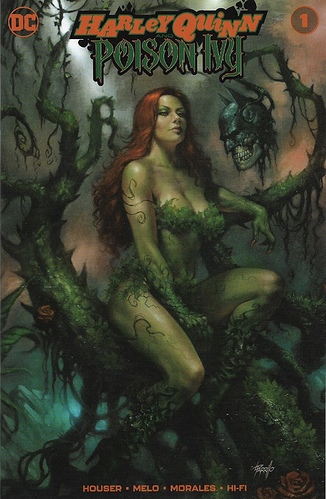 Am pretty sure I can avoid the condescending. The redundant …probably not so much

You’ve never done either as far as I’ve seen.

Thanks. I might have confused being redundant with my penchant for repeating myself. especially if i forget I already told you whatever shtick i happen to be peddling.

I did like seeing the source of the Harley pic for the Crew’s main thread.

This was a pretty interesting mini-series. In a lot of ways it really highlights what makes Harley and Ivy such a good couple, and it also highlights what makes them different and how their personalities can clash. We have a Harley that is almost manic in her methods of not just protecting Ivy, but in her motivations in trying to be a hero. What happens with Ivy is very tragic, because it’s not a simple “one is right and the other is wrong.”

Harley did unwittingly leave behind the real Ivy. Sure, it would have been hard to notice the extra pods, but couldn’t she have noticed how the normally independent Ivy was just…okay with being lead around to all of Harley’s whims? Is that what Harley really wants?

Ivy was understandably hurt when she was left at such a vulnerable state, but does it excuse her actions and all the suffering it caused? If she’s able to turn on all of humanity on a dime like that, how much does she really care about Harley?

It’s an interesting study on the two, but I do hope that they move past this “break” they’re kind of on and get back together. DC needs to realize that is what people want and just let it happen.

Like the use of Floronic Man as a villain for them. Show Ivy’s connection to the green.

Knew about Queen Ivy before hand but thought that was just her turning into QI not that there were multiple Ivy’s.

A part of me doesn’t get why she was mad at Harls who was just happy to see her alive and breathing and more focused on being a hero. But I also get why she is mad. Harls is a psychiatrist and love of Ivy which make Ivy think if she couldn’t tell who she was and only liked that part does she really like her of what she wants her to be.

Either way the end seems like the both dealing with the trauma of Ivy dying and what has happened here different. As Ivy is reverting to what she’s comfortable with before all the Harley and plant drama of just being and eco villain. And Harls is putting her focus on her hero goal to be something completely new to avoid the past conflicts as much a possible.

Either way as I said a fun Read with great art. I definitely think be together again at some point in this new infinite era they just need so time to process and think.

@Antleon Yay! Now everyone knows where I found it!!

DC needs to realize that is what people want and just let it happen.

@Jay_Kay Why they keep trying to untie this knot is anyone’s guess, but it wont work!!

Harley & Ivy forever—fact! Two sides of the same coin, imo, and nothings gonna change that. Keeping them apart doesn’t help the world get any more empathetic or broad-minded, either.

)
I enjoyed the artwork too— did you see all the awesome variants that came out of it? There were a bunch, but here’s a couple more: 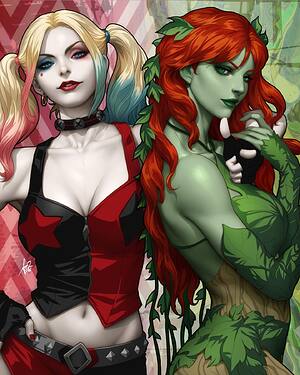 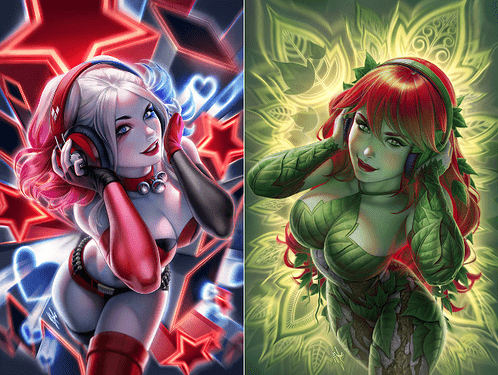 (These were all separate covers)

Glad it’s not a secret.

I am more dissatisfied with trying resolve how to comment here and PoSV. I don’t want to copy and paste nor try to rewrite the same thing. and i want to be sure I am caught up with any other club I am attempting to be active in.

I know it’s about Harley & Ivy, but… I feel like we need to talk about Lex’s magic fertilizer…

. Would also like to know if @Mae is pleased w/ Batwoman’s appearance?

We can talk about it. I just don’t remember if there was anything more to it than just a power up.

@AntLeon Do you know if it was ever mentioned or used again in another story? Anyone?

I’ve fallen behind again, but I’ll be back soon …here’s a cover I wish they had used in the meantime: 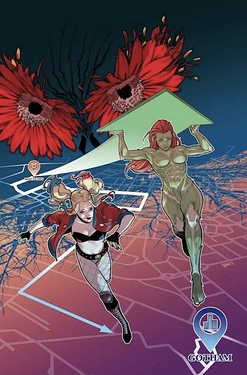 she wears it well.
4 Likes
next page →