What would you do first if you woke up one day w/ Poison Ivy’s powers? Or woke up as the Joker? Or had to go back to high school? 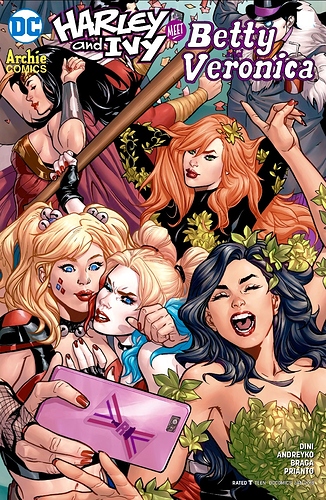 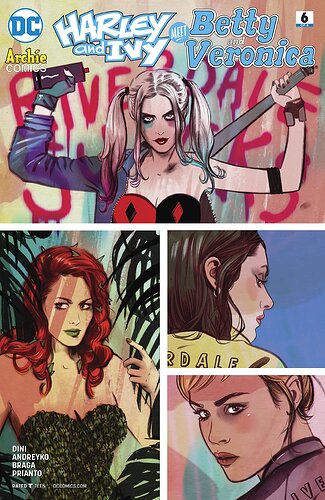 You can join or learn or more about Harley’s Crew HERE.

Just started reading this and one thing I feel like I can say right now is that I NEED MORE PEACH-HEAD HENRY AND GIGGLES MAGEE IN MY LIFE.

So excited to read this! I love Archie Comics!

I haven’t read a lot of the original stuff, but I have read and liked the more modern stuff they’ve done in the past few years, especially Afterlife With Archie, Mark Waid’s Archie and Adam Hughes’ Betty & Veronica.

Oh yeah, I’ve read a little of Chilling Adventures but haven’t read all of it. So sad that both that and Afterlife got so delayed. Like, at this point I think we’re more likely to Frank Miller and Jim Lee’s Dark Knight: Boy Wonder than those series conclude.

Archie Comics has pretty much gotten me through life since 1/6/21. They are lighthearted and easy to read.

World of Betty and Veronica Jumbo Comics Digest 1 was a great read!

So finishing 1-3, and it’s a pretty fun start. Loved the initial set-up of H&I coming to Riverdale, though I wasn’t sure how that was going to last for six issues. Then we got some Freaky Friday shenanigans and it makes things even more interesting. It was cool to see Harley and Ivy having a chance to sort of live out a second childhood – or in Ivy’s case, have more of one than she did the first time around.

Loved the cameos we saw of other characters like Zatanna, Sabrina and Catwoman.

Now I just have to wait to read the next issues.

I NEED MORE PEACH-HEAD HENRY AND GIGGLES MAGEE IN MY LIFE.

It was one of my favorite things immediately when I first read it.

Footage from the aftermath of my one and only trip to Riverdale: 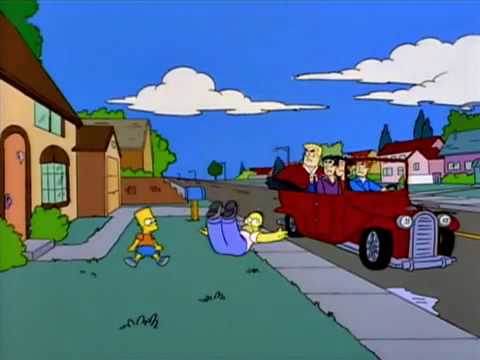 Didn’t Archie publish Simpsons comics back in the day? That makes it even funnier.

As far as I know, the Simpsons were only ever published in Bongo Comics. But, this episode was aired about a year after Bongo was founded, so… maybe starting a friendly rivalry???

Hey everybody! We’ve got a crossover w/ Birds of Prey planned for the next 2 weeks, so we’re gonna go ahead and wrap up Harley & Ivy meet Betty and Veronica 4-6 real quick right here!

I just finished reading it and it had some comical meta moments. I’d love to see Cheryl Blossom crossover to DC… she’d be deadly with super powers.

Hey @ctrl.flirt.del! Thanx for coming by!

Definitely a fun/weird mini, lol. Glad you found something to enjoy, agree and…

don’t be a stranger!

Do we chat about the book on this thread?

Great! Like many others, I am a fan of Poison Ivy and Betty and Veronica since childhood. I’ve recently been more into Harley Quinn. So this mashup had my name written all over it.

The art work was decent. There was some lifelessness in the eyes in some frames, but overall, I felt it was lusciously colored. I wasn’t a fan of the break in frames going back and forth with story arcs.

The plot was clever. I like the Freaky Friday switch. As far as the switch goes, it seems Betty took to it the most as she changed her demeanor the most. Not that she isn’t kick-ass, but she is the nicer of the four characters.

The start of the Riverdale scene, I was immediately seeing they were going for the Betty vs Veronica angle to the extreme. I like storylines where they are more friends/frenemies than outright dislike for each other. The Lodges were not painted in a good light and lacked redeeming qualities. I would have preferred Veronica to ride the line like Harley Quinn does in some storylines. Is she good? Is she bad? Neither… she is delightfully unapologetic for her ways.

The meta moments that stood out for me was Archie reading a Pureheart comic book. That confused me. I was also confused by The Joker showing up at the party. It appears he switched with Reggie? Or perhaps I read that part incorrectly.

Also, when Poison Ivy puts Smithers into a trance, my first thought was…why didn’t she just do that with Hiram?

Finally, what I loved was Sabrina being in awe of Zatanna. That was fun!

Some questions I have:

(side note: I’m totally hunting for the Dan Parent cover variant. He’s my favorite. He even drew my engagement “photo”… ha)

I am a fan of Poison Ivy since childhood.

We’re definitely going to get along then! lol

(side note: I’m totally hunting for the Dan Parent cover variant. He’s my favorite. He even drew my engagement “photo”… ha)

me some variant covers and follow certain artists like a total groupie. [image] These are some of the items either in my collection, or ones I’m looking to get. That’s it—nothin’ fancy. [image] I have a lot of JLD, Wonder Woman, & Birds of Prey, so expect to see those ladies often! [image] And I’ll keep adding until I run out! [image] If you have any you’d like to add, that you haven’t seen yet, jump in! I might find something new to add to my wishlist. [image] O…

They have it listed here for under $4

And I think Riverdale Universe, it should make them better friends, and…alternative to Archie?

I LOVE that HQ variant! It’s not in stock on MCS though. I’ll ask my local places.

As for who the Riverdale girls might fawn over… maybe Nightwing? Or Wally? Going off of some of the humorous exaggerations of Superman, it would be hilarious if he could never impress him no matter how cool his powers are.

Now my head is spinning on some more crossovers they can do. I have the Batman '66 crossover… Hmm, The Flash vs Jughead in an eating contest. Lex Luthor as the uncle of the Blossom twins. Black Canary joins Josie and the Pussycats. haha… we could go on.