With the second round of Round Robin 2022 in the books, it’s finally time to vote in Round 3! Only four books remain, and it’s up to YOU to determine who goes on to the final round. Get those voting fingers ready–your time to decide has arrived! 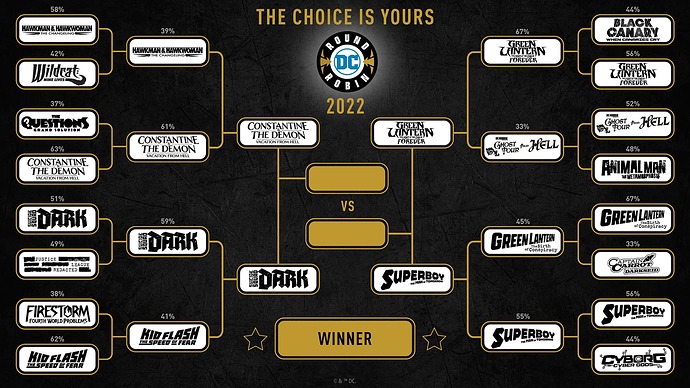 The Round 3 bracket is set, so read on for a sneak peek at one page from each of the four remaining books!

Constantine & The Demon: Vacation from Hell – Written by Frank Allen with art by Nik Virella 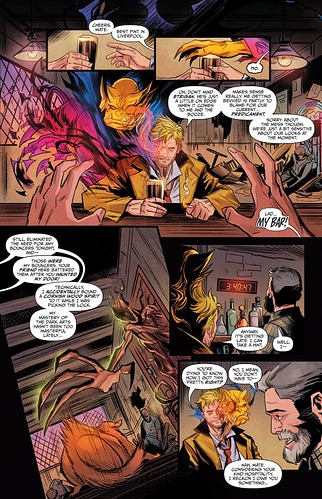 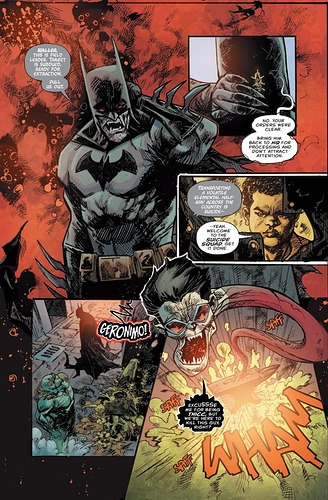 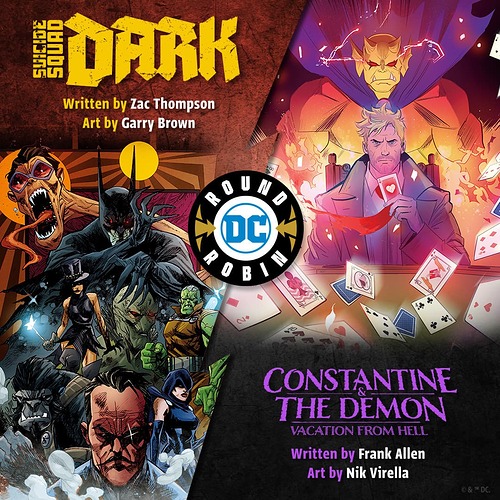 Green Lantern: Light at the End of Forever – Written by Si Spurrier with art by Marco Santucci 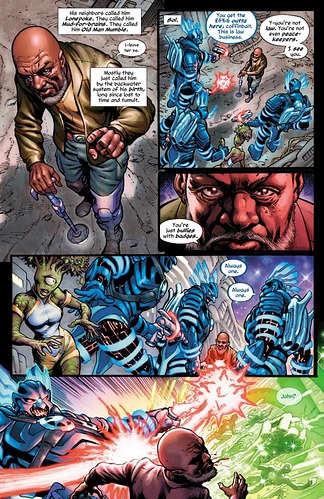 Superboy: The Man of Tomorrow – Written by Kenny Porter with art by Jahony Lindsay 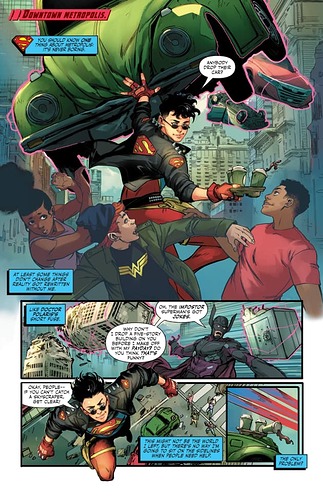 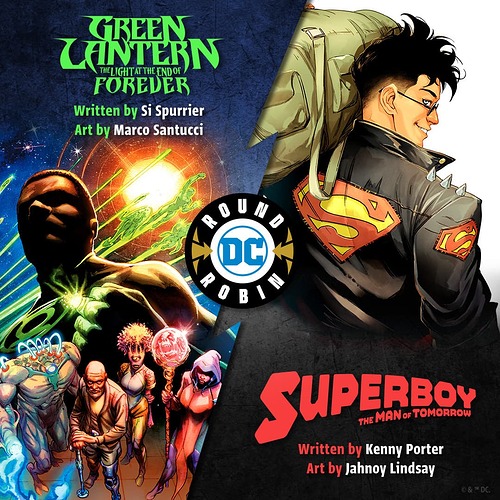 I’m pullin’ (Red Green-style) for Suicide Squad: Dark, but if that fails, then I’m Team Superboy all the way.

I’m voting for Constantine/The Demon, because damned if I’m standing by while the only Batman-adjacent book wins this again in a publishing lineup already full of Batman; and I’m voting for Green Lantern because Si Spurrier should ALWAYS have a DC writing job lined up.

…So I guess Vroom and I will cancel each other out, LOL

Whelp, I guess I’m going with Constantine/The Demon. That sounds like a fun time.

And Superboy. Because I can’t not vote for Conner.

based solely on the artists and writers, I want either “Suicide Squad: Dark” or “Green Lantern: Light at the End of Forever” to win. Based on the summaries, I want them all to win.

So I guess I’m voting for “Suicide Squad: Dark” and “Green Lantern: Light at the End of Forever”…

Anything to knock out Suicide Squad. Like Robins last year, I feel like this is clearly the mainstream favorite this year. If it wins, it’ll just further show that titles from underrated, more deserving characters don’t stand a chance of wining the tournament in its current format

Yup voting for Constantine and Green Lantern because
A) Anti-Suicide Squad action always.
B) Batman overuse bad, not Batman
C) Constantine is cool.
D) Damn you Superboy for taking out Alan (also apparently a bunch of people voted for it cause they thought it’d be gay which lol wut)
E) Etrigan is an entertaining character
F) you Suicide Squad for being the obvious winner and taking out the Kid Flash book.
G) Green Lantern is genuinely the most interesting book left now that we’ve lost Ghost Tour and GL: Conspiracy

I’m rooting for The Green Lantern, all the way, so here’s hoping!

That said, no shame in losing to the champ so I’m all in on Constantine & The Demon: Vacation from Hell

Welp, I have no interest whatsoever in any of the four remaining titles. So, that’s me out. Have fun, y’all! See you next year!

Bummed about Hawkman and Hawkwoman, but they put up a vigorous show! I just have to hope Superboy can make it through, now! I’m very excited to see the next stage of reveals, and how everything will shake out! (And hope I can actually vote on instagram this time

Hm, I’m bummed at Ghost Tour losing, but, I mean, Si Spurrier is completely unfair for any of the other teams to go up against.

I think I’m joining the rest of you with Etrigan over SSD. I’d read either, but Always Vote Kirby is still the law of the land, and as much fun as multiversal shenanigans, Squad doesn’t need any help, and possessed Constantine is clearly the superior story.

F) you Suicide Squad for being the obvious winner

Well, Constantine and The Demon would be my choice over Suicide Squad Dark even if I didn’t know the pitches, and that’s only more true based on them.

As much as I love Si Spurrier, I’ve never been a John Stewart guy, and that pitch sounds super derivative, so Superboy gets my vote there.

If these votes both go my way I’ll be very torn in the final but I’ll probably go Superboy, if only one does it’ll be an easy choice, and if neither of them do I don’t think I’ll really care, but I’ll probably vote GL just for Spurrier.

Wow, this is The Bad Place.

Can’t say I’d willingly purchase even a single issue of any of those books, I’m afraid. Im out, have fun.

Constantine or GL would make me happy at this point. Others don’t sound bad…just not as exciting.

Constantine and the Demon over Suicide Squad Dark (Batman and his adjacents are just too over used). And I can believe I am doing this as a GL fan of 40+ years, but I have to go with Superboy, John Stewart is just so BORING. Now if Superboy hadn’t knocked out the Alan Scott story this would be a very different ball game, but it is what it is.

In regards to Suicide Squad Dark, I think I should put down here what the writer has been saying on Twitter about the book: 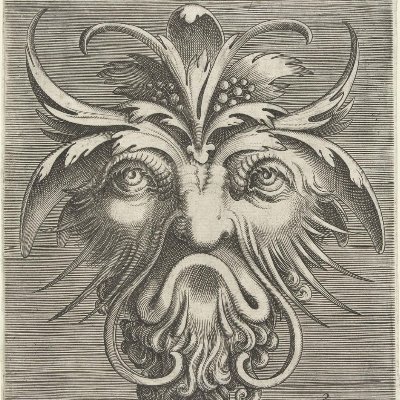 @ZacBeThompson
A little bit about SSD... as we're going into another round. It's first and foremost a TEAM book. Vampire Batman is in it, yes, but he is *not* the POV character. He's this story's Rick Flagg - the field leader. That said, the others on the team are BIG egos.

Who's ready for #DCRoundRobin2022 Round 3? We've tallied all the votes across Twitter, Instagram, and the DC Community and here are the titles moving on! Voting begins on Tuesday, April 19 — gear up for action with the DC Community: https://bit.ly/3LXaJ9Q  #DCUniverseInfinite pic.twitter.com/WXrVSKBMvJ

Also want to point out this Tweet from Si Spurrier about the Round Robin contest in general: 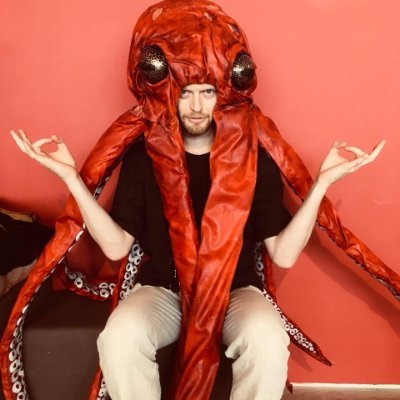 @sispurrier
Discussions abound re: DC's Round Robin. I won't stir the pot with takes. Here are two facts: 1. The creative teams and editors involved are human beings, doing their best. Don't assign cynical or underhand actions to them. 2. We all got paid for our pitches. #DCRoundRobin
16 Likes
next page →