In the long and storied history of the DC History Club, we have never tackled a subject of greater importance or relevance to the fate of the make-believe world that we all spend far too much time worrying about. I’m of course talking about the existential threat posed to the DC Universe by primates. Non-human primates that is. Gorillas, chimpanzees, gibbons, monkeys, lemurs and more, all have spent 80 years attacking innocent people, punching superheroes, climbing random buildings and are otherwise engaging in destruction. These furry felons have robbed our banks, stolen our diamonds, and messed with our minds. Join us as we take a cursory and not particularly well-researched look at our knuckle-dragging cousins.

Primate History Challenge: Choose any of the issues identified below, read about these attacking aboreal apes (and monkeys) and tell us about them.
Post an image so we know which of these fur combing, bug eating mences to be aware of.

Primate Fact Flinging: Fling some primate facts, for real primates or comic ones, at your fellow reader and see what sticks.

Bonus Question: 11. @msgtv insists that monkeys arrived in South America 100 million years after the continent split from Africa via what route?

Scorecard:
1-3. You’re a bushbaby with giant eyes you can use to read more comics
4-6. You’re a lemur, but not the one on PBS.
7-9. You’re a chimp with some detective skills
10+. You’re a giant gorilla with telepathy, z-ray lazer eyes and hip slang.

Potential Primate Perpetuators Wiki
We’ve attempted to list many of apes, chimps, gorillas, monkeys, and lemurs that could threaten our DCU community. If we’ve missed one, click on the wiki pencil to the right and add them.

Name and Note
Beppo: Debuted in Superboy #76, 1959 he was Jor El’s test monkey before he stowed away on Kal El’s ship. You know he’s carrying a grudge

Bim the Space Gorilla: Debuted and died in Lobo #6, 1994. He was a gorilla in space and he died

Brotherhood of the Monkey Fist: Debuted in Green Arrow #134 1998. Apparently a cult of monkeys or something. I don’t know haven’t read the stories.

Detective Chimp: Debuted in the Adventures of Rex the Wonder Dog #4, 1952, drinks too much and not actually associated with a law enforcement agency

Flying Gorillas: Debuted in Hawkman #6 1965, winged gorillas from the dimension of Illoral

Frankie the Monkey: Debuted in May 2008 in Justice Society of America #14. Has wings and has to be getting mighty tired of Cyclone’s wind – watch out.

George (Gorilla Boss) – Debuted during February 1953 in Batman #75. Is a literal mobster’s brain in a gorilla’s body, can weld any weapon, and has already escaped death at least twice.

Gorilla Witch: Debuted Strange Adventures #166 in 1966. Other than a stylish eye patch that’s all we know.

Grodd: Deputed in Flash #106, 1959. Really why don’t the just retitle the series Flash and Grodd?

Karmak: Debuted Detective Comics #339 1965, genius gorilla straps bomb to his chest, does the same thing in a manga

Lena the Lemur: Debuted in Showcase #48 1964 and resurfaced in Cave Carson has a Cybernetic Eye in 2017. It’s a lemur named Lena.

Lex Lemur: Debuted in Captain Carrot and his Amazing Zoo Crew #14. Lex Luthor becomes even more diabolic by evolving on Madagascar separated from other primates.

Lorix aka Space Ape: Debuted during December 2016 in Hal Jordan and the Green Lantern Corps #7. Was part of the Sinestro Corps and could always go back; looks real good in yellow.

Man-Ape aka Super Ape: Debuted Strange Adventures #32 in 1953. Genius gorilla with telepathic powers. That seems to be going around…

Sam Simeon: Debuted in Showcase #77, 1968. Represent perhaps the most dangerous of villains, the comic book artist. Does detective work as a side gig, I hear.

Shaggy Man: Debuted Justice League of America 1966. Technically he’s a shaggy synthetic man, but look at him. He’s not fooling anyone

Silverback: Debuted in Blue Beetle #3 in January 2012. Part gorilla, part robot. Probably ready to take over the world at a moment’s notice.

Solovar: Debuted in The Flash #106 in May 1959. Literal king of gorillas. Could wipe any mind he wanted. (He’s a little hurt that he wasn’t already on this list tbh).

Titano: Debuted in Superman #127 159. Originally a space test monkey who shot kryptonite lasers from his eyes.

Ultra-Humanite: Debuted in Action Comics #13, 1939. Ultra has been a man, a woman, I seem to remember a spider-bottomed person, but loves being a giant bald white ape.

Primates in Comics
Got a good resource on the history and appeal of primates in comics? Click the wiki pencil to the right and add below. The big-screen appeal of the great ape

With the release of the big-budget sci-fi reboot Rise of the Planet of the Apes, a look at how the primates have figured on screen over time. 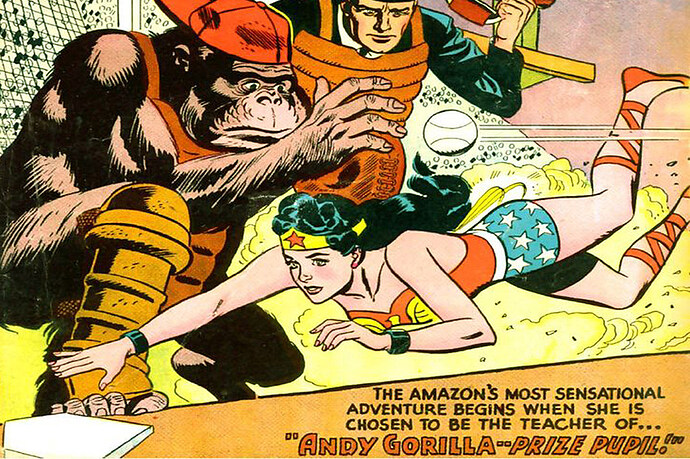 With the release of a new King Kong movie in theaters this week, it's a perfect time to take a survey of the history of gorillas in comics.

There are tons of talking Gorillas in DC Comics 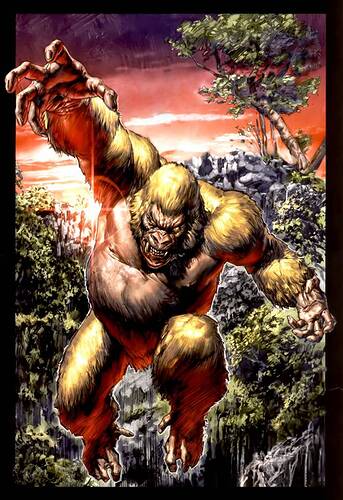 A trained tracker, explorer and expert marksman, Congo Bill is a superb athlete and excellent hand to hand combatant who was at one time able to swap bodies with a powerful enchanted Golden Gorilla. He now possesses the body of the Golden Gorilla... 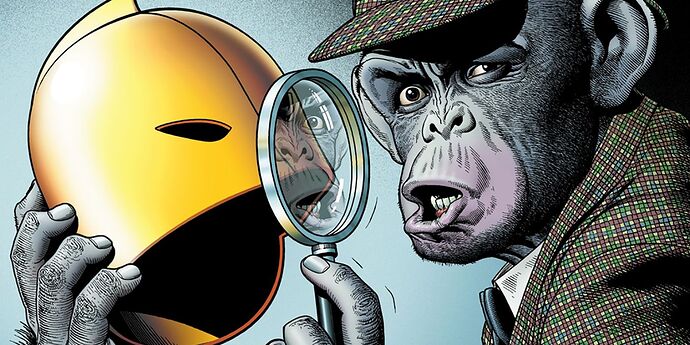 This simple but intelligent chimpanzee went from obscure back-up feature character to an integral part of the superhero adventures of the DC Universe.

Comics of the Apes! The 25 Greatest Primates in Comics | Den of Geek

As we celebrate Dawn of the Planet of the Apes, we look at the greatest simian heroes and villains in comics history.

A hyper-intelligent telepathic ape, Gorilla Grodd has sought to rule both the simian and human worlds, though the Flash has frequently thwarted his plans. 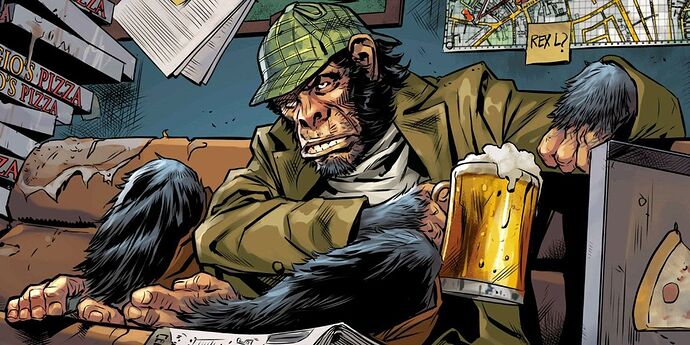 There are an impressive number of primate characters in the world of DC Comics - and these are the absolute best.

I couldn’t let the jauntiest ape get left out!

I’m wonder if a sometime gorilla should get added

TECHINCALLY not a gorilla IMO.

Just a guy who can become a gorilla…

I seem to be unable to edit, likely due to my sus avatar… but I would like to humbly submit:

Sam Simeon: Debuted in Showcase #77, 1968. Represent perhaps the most dangerous of villains, the comic book artist. Does detective work as a side gig, I hear.

Edit: I should note that the error message I got when editing was that I cannot include links in my post, which I was not. I can only assume the profile pic is the issue.

You will be fully credited with your contribution to the cause

Do we consider Gleek from the Super Friends a monkey we need to add to this list? Technically from the cartoons, not the comics. 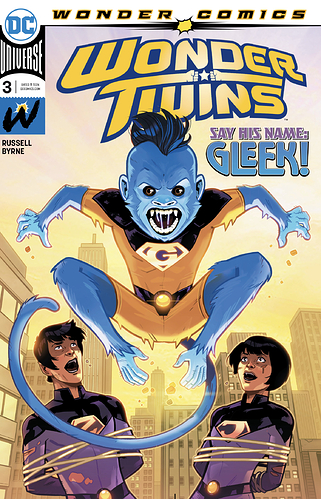 You mean this menace to society? 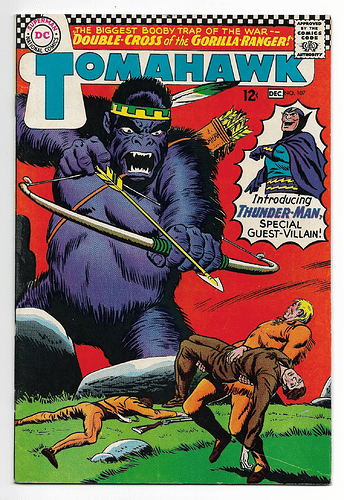 That’s some deep dive knowledge on a blue space monkey

OK, in fairness, I had to google to see if he was ever in a comic. I just remember him annoying me the random times I’ve seen the super friends.

We here at the History Club never “google” we “research” 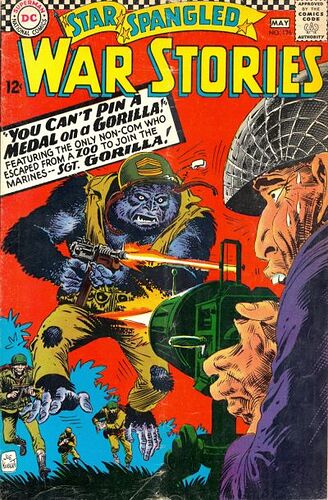