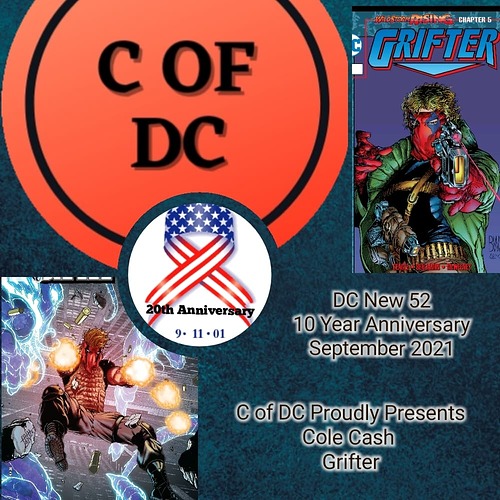 Hello again members of @CharactersOfDC and welcome to our N52 10 Year Anniversary session in September 2021. This month we will be covering a character who is a bit of an anti hero in Cole Cash. For the first three weeks we will take a look at the story he first appeared in as well as his solo titles (including his N52 series) and a team up with Midnighter. The final week is a bonus week covering the first story arc of the N52 Stormwatch. So here we go folks!

Do you prefer Cole Cash on a team or solo?

And that’s it for this month. Next month we take a walk on the supernatural side of the DCU with Deadman. Hope to see you there.

Are we discussing the questions here or on a different board? I’m a little behind on my reading, so just now jumping on. Not going to lie, I’ve had a hard time getting into these comics. I’ve been having a hard time connecting to the characters. They leave me feeling very confused on what I’ve read half the time.