What a surprise announcement, a Wonder Woman game was just announced at the awards by monolith with a teaser video that gave me goosebumps!

I am FREAKING OUT.

Seems they didn’t say what systems it’ll be on? I need more info!

I saw the trailer live while waiting for the Sonic trailer.

Apparently a fan is also creating a justice league game. 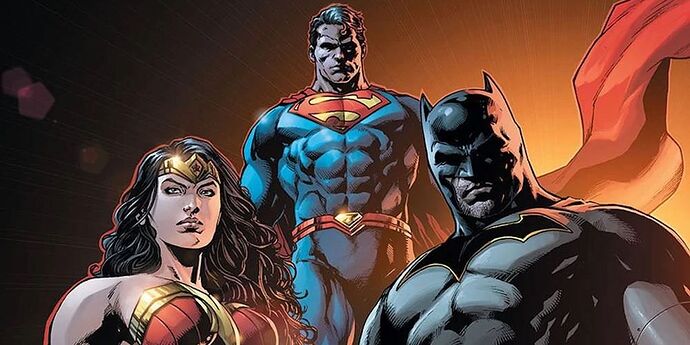 Justice League Game Made By Fan Because Warner Bros. "Won't"

This fan’s Justice League game is a Dream.

This is amazing news! I need this gaaame

Seems they didn’t say what systems it’ll be on? I need more info!

Figure it’ll only be PS5/XBSX like Suicide Squad, at least as far as consoles

While I’m bummed we didn’t get anything from Gotham Knights tonight, the news of getting a Wonder Woman game more than makes up for it.

Figure it’ll only be PS5/XBSX like Suicide Squad, at least as far as consoles

Time for me to start saving up for a PS5.

This makes me so happy!!! I believe the studio made the Shadow of Mordor and that game was fabulous. I wonder if we are going to be on Themyscira the whole time? I worry it might be too God of War/Assassins Creed Odysseyish. But then again anytime I get to play Diana I’m pleased.

Not a lot to go on, but it looks promising.

I actually don’t play video games, but I have enjoyed watching patches of cutscenes online. It’s like watching a movie.

I never actually played the Middle-Earth games because I’ve never been a Lord of the Rings fan, but I’m gonna have to check out at least Shadow of Mordor so I can familiarize myself w/ the Nemesis System

I wish they gave more of a date

Part of me agrees, but another part of me is glad they didn’t so that they’re not beholden to any date or even general range. I’m sure the game is still pretty early in development and not even giving a year probably means it’s gonna be a while before we get to play it. This way they can just focus on making it as great as possible w/out feeling rushed at all…yet

Ugh, seriously. I really hope the entire video game industry learned some valuable lessons from that disaster of a release

they didn’t Rockstar did the same thing with “Grand Theft Auto: The Trilogy – The Definitive Edition”

Ok so they got the character model well done and thats all there really is to talk about.

Did any new information pop up about this game yet?

Not that I’ve seen. I think it’s gonna be awhile, sadly. That trailer was really just a teaser with no hint of gameplay/system/release date timeframe.

It’s okay, though. I’m willing to wait for something this good.