Nubia #2 and Wonder Woman: Evolution #1 are both out today! I thought they both were excellent.

SN: Thanks to @DC89 for sharing that DCSHG WonderTrev gif during last night’s watchalong.

Thanks to @DC89 for sharing this gif during last night’s watchalong.

The Diana and Steve episodes DCSHGs are

. Queen @Razzzcat absolutely nailed it when she described these characters as “concentrated versions” of their in comics personas- so true, and that applies to Diana and Steve’s interactions as well. So funny and fun! Exactly! It’s not really what I sincerely picture when I ship WonderTrev, but it absolutely works in a high school reimagining and also it is utterly adorable and hilarious.

EDIT: Possibly the best moment is when she names her pet Griffin “Steve.” If that’s not a high school girl with an incurable crush, I don’t know what is. 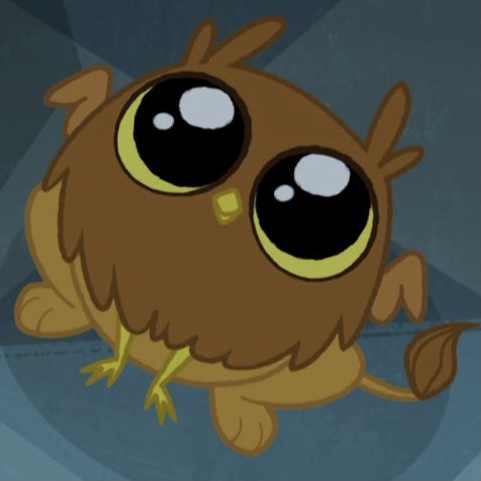 Possibly the best moment is when she names her pet Griffin “Steve.” If that’s not a high school girl with an incurable crush, I don’t know what is.

this series sooo much!

[Wonder Woman Reveal Trailer | Game Awards 2021] What a surprise announcement, a Wonder Woman game was just announced at the awards by monolith with a teaser video that gave me goosebumps!

On this day 1 year ago (according to my HBO Max bill lol), I decided it might be nice during a pandemic-y Christmas season to treat myself to a new superhero movie. All I was expecting from Wonder Woman 1984 was an evening of entertainment and distraction from real world problems. What I got was quite a bit more than that.

Diana’s character spoke to something I desperately needed to see right then. She was powerful enough to shatter guns or flip a truck - but she acted from a place of love and compassion. It was a combination quite unlike any I could recall seeing in powerful female heroes. It made me think - if a big-budget movie starring such a character could be made, maybe there was more hope than cynicism in this world.

One year and I’m afraid to think about how many comics later, and Wonder Woman is more important to me than ever. She’s just good. And right now I need to see and read about goodness. That’s where I’m at.

And were it not for my compulsion to read all the WW things, I never would have joined DCUI and found this amazing community. So that’s kind of a big deal.

Some brief thoughts on WW #783, since I’ve waited a long time for it…

I’m grateful for this writing team. Looking forward to next month.

Some exciting stuff happening across the community, Wonder Woman fans! Namely this q&a with the series writers!

Trial of The Amazons: Q&A with Michael Conrad and Becky Cloonan! Q&As

The Amazons of Bana-Mighdall are in disagreement, tempers are high, and swords have been brandished. Will Queen Nubia quell the anger? The Contest may be the answer. Speaking of answers… [AmazonsTrialQA] Join us on 2022-03-25T21:00:00Z (UTC) for a Q&A featuring Michael Conrad and Becky Cloonan! With the recently released Trial of the Amazons, we’re excited to welcome two amazing writers, and get the inside look at one of the most exciting Wonder Woman events to date! Want to know how Becky…

And if you’re reading Trial of the Amazons and want to discuss, we’re doing that over here:

This current run has been a delightful treat. Im loving all the obscure callbacks from older concepts.

You are absolutely correct! This current run is a pure delight. There are some nice callbacks while moving forward.

Indeed! Were seeing both new ideas such as Seigfried who might find a permanent place in Wonder Womans supporting cast, as well as old familiar faces such as the Holliday girls and Image-Maker.

I am excited to see what comes next with this wild run. I suspect we have also been seeing an adaption of Merboy and that merkingdom from the silver age 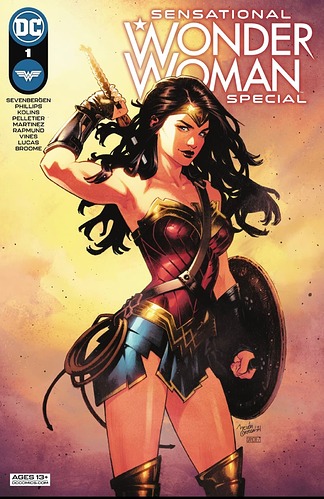 Did anyone else read the Sensational Wonder Woman Special that released today? Feel free to discuss here! (Please blur spoilers.

I enjoyed the issue, particularly the second story (I follow Kollins on twitter, so I was excited to see him tackling Wonder Woman again). A bit trippy, but quite fun. Third tale reminded me of a wacky comic they did for Wonder Woman on ice cream cartons a few years ago, but of course much more detailed, but the similarities tickled me.

My favorite of the three stories was the first one. Admittedly not for the A plot, but for that beautiful design Blue Snowman was sporting. That combined with just how the villain was portrayed and how she interacted with Diana really made it for me.

Okay, I need details on this. There was a Wonder Woman comic that appeared on ice cream cartons?!

that beautiful design Blue Snowman was sporting. That combined with just how the villain was portrayed and how she interacted with Diana really made it for me.

She also had a neat appearance in last year’s “Love Is A Battlefield” comic!

Indeed! I did a writeup of the whole ice cream carton comics here! https://thebatmanuniverse.net/edys-ice-cream-3/ (apologies for the self promotion, but I hope it’s interesting!

This is absolutely amazing. Thank you for sharing!

(I am so disappointed I missed out on trying Golden Lasso Twirl ice cream.

Yeah, I kinda wish I coulda tried all of these! I only found out about them a month ago, and did lots of research before getting my article proposal approved.