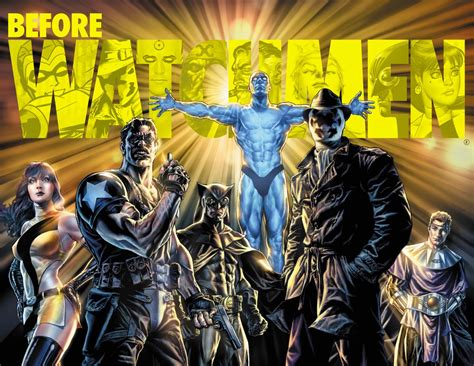 We’re just one week and one day away from Christmas, but unlike a certain jolly old soul, we don’t discriminate if you’re naughty or nice—either way you’re going to get plenty of cool stuff to read, watch, and discuss in our Community. And as a bonus, you don’t have to wait til next week! Take a look below to see what we’ve slipped in your stocking this week…

As always, we’ve got some amazing new comics for you:

And if all these new comics aren’t enough to help inspire your creativity, we have a new episode of Harley Quinn this Friday with our weekly Watch-Along and so much more in our Community! You can read about everything that’s new in today’sNews article.

Before Watchmen: Dr. Manhattan and Superman v1 #16 are my New to DCU jams this week.

Ditto @dogwelder9! Have several of these singles but the whole series is hard to find in my area.

Thanks DCU for getting us all of them!

Great work DCU keep the good work. I have all the before Watchmen series. I’m glad people get a chance to enjoy this series.

Comic Book issues come into our Library a year after being published.

Why do you guys have to wait a year to add it to your library I think you could get a lot more popularity and profit if you release comic books every week (since a lot of comic books are still not hear yet) or every month. I think a lot more people will subscribe to your service if you give them more than 5 movies and tv shows.

DC Universe costs about 8 dollars a month maximum less if a yearly subscription.

A comic Book issue costs a minimum of 3.99 an issue.

The monthly subscription is equivalent to about two current comic book issue. Instead you get about 23 thousand in our library.

DC Comics set the following rules for inclusion.of THEIR PRODUCTS in the DC Universe Library, so the above companies could remain profitable.

Available in library a year after published.

DC Universe Comics only. No Vertigo or Black Label, with only exception. If Original.Content based on Title

No original Graphic Novelsl like Killing Joke and Earth One titles.

A few titled that sell very well in trade

DC Comics makes the rules not DC Universe, which are separate units.

ok then what about at least some more variety because like lets say i wanted to read about tim drake robin i can only read like 2 books or i go to their character profile i go to related content and i cant find anything. or black lightning I would love to read more about him but I cant. And with the movies i would love to watch justice league war on here but i cant now because you guys decide to take away movies and TV shows im pretty sure you cant put out comic businesses for putting like that new suicide squad movie hell to pay movie on your site. Like I want this site to work because i really think this could be one of the ways DC can beat Marvel. You guys have the most popular heroes and villains of all time because when i first watched iron man i had no idea who he was marvel made hi popular. But you guys i could name the whole Justice League. You guys could make billions upon billions of dollars if you did this correctly

You should ask about him in Everything DC.

Not many members look in.this forum

Has his own series here as Red Robin

Had a relative die in Identity Crisis

I dont enough about his origin or stories with Batman.

Once again, TurokSonOfStone1950 has supplied a cogent, knowledgeable answer, as he did to me.

This is something that Marvel does not offer, and DCU FTW!