I think it is SD

I figured, as I hadn’t read or seen anything about WHE remastering it in HD. Maybe this year, for Superman’s 85th?

I’ve never understood why the digital edition has the dialogue removed.

Happy birthday @moro hope your having a great day!

Be it here or elsewhere, you are going to spill the deets on your birthday haul, right?

Not expecting much of a haul. The wife bought me that Swarovski Superman piece as a very early birthday present (early gifts are a thing in our family), and it had a hefty price tag. Pretty sure I shared a picture of it in the look what I got thread. Aside from a cake and a quick birthday song, I don’t think I’ll be receiving much in the way of presents today. If I do, I will share! 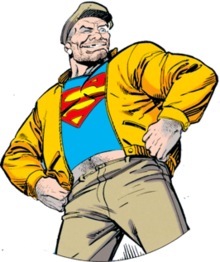 I haven’t paid attention to comic news but is the Dawn of DC bringing back the triangle era? Return of Superman was a pleasure to read (actually, I am on Action 1050 as I let comics pile up for a binge read) but memories of reading one story across many titles filled my head. I really hope this continues.

I have just finished Action 1050 and let me just say Phillip Kennedy Johnson is one of my Superman writers. He has done so much since he started Action Comics. He has definitely done his homework and has a love for the character.

Thank you for the birthday wishes @D4RK5TARZ

They’re bringing back the triangle era in a way. We’ll have multiple Superman books but no triangle numbering. The stories in each book will reference each other, but will stand on their own. So you can choose to read ‘em all, or select the book you like. At least that’s what I understood from PKJ’s interviews.

Agreed. He has a very good grasp on Supes. His writing also has a good balance of world building, action, and character development. You’re not left wanting for more.

Well, I am reading them all. Lazarus Planet has me interested in the Superman universe. I am in the midst of re-doing my pull list and I think Batman is about to be dropped completely to make room for Superman books and Green Arrow.

I have seen her do that.

I’m super excited for Dawn of DC and the expansion of the Superman line is a big reason for that. I trust PKJ, Taylor, Williamson and Jurgens to keep this going. In addition the Superboy book looks good, I’m excited for Steelworks and I’m ecstatic to see my girl Karen in a story. I unfortunately can’t follow them all physically but I intend to follow the line digitally while buying copies of Action

I’m ecstatic to see my girl Karen in a story

IDK about the rest of youse, but I’ll have the Superman: The Movie soundtrack playing in my car as I skedaddle down to Yon Comic Shoppe later in the day to snag the mag.

I’m getting the A cover. However, if I can find the below embossed jobber (which is similar to Steve Beach’s regular Metallo variant, except that the below is embossed and likely sells for a bit more than the regular edition’s $5.99 cover price) for a smooth deal… 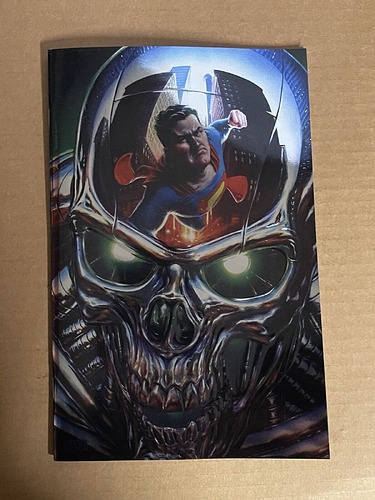 …I’ll likely get it too, because to quote Finding Nemo once more (as well as Independence Day), “Its so pretty.”

SN: If Metallo should pop-up in a future live-action Superman movie, the above cover would serve as a swell basis for the movie’s teaser poster.

The future is looking to be quite bright for DC’s most historically important mag.

The future is looking to be quite bright for DC’s most historically important mag.

Interesting interview with Joshua Williamson and Jamal Campbell about the new Superman book. 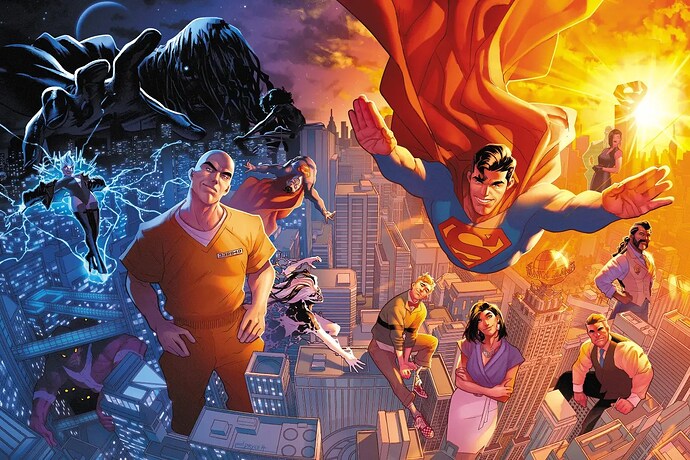 I really enjoy how already the Superman books feel connected. Everything Matters, and each book looks to be bouncing off the others. It’s something the Bat books have dropped the ball on hard since Fear State, none of those books feel like they’re sharing a world. Maybe it’s just cause there are so many books and all of them are under the control of the surely overworked Ben Abernathy but it really hurts the line.

Compared to the Super books which are setting themselves up for the future and letting plot lines intersect with each other. Makes it feel like a real shared universe and not just a set of unrelated books about similar characters